2022 Nebraska High School Football Playoff Semifinals Capsules-Classes A and B. 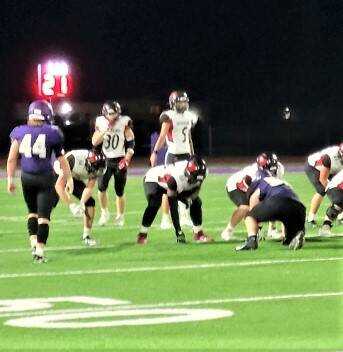 *These two teams met in GI back on September 2nd with Westside coming away with a solid 37-13 win. This is not the same Islander squad the Warriors saw back on Labor Day weekend. Since that loss and the Elkhorn South defeat, the Islanders are rolling with a purpose. GI seems to be at full speed, equipped with a strong, deep running game and an opportunistic defense. Speedy Defensive Back Colton Marsh, one of the state’s best at that position, has 8 interceptions, including a paralyzing 86 yard Pick 6 last week against Millard South.

Westside, who’s only loss is a hiccup at North Platte, has continued to lean on junior quarterback Anthony Rezac. The Duel-Threat super player is 26 rushing yards away from a 1000/1000 passing/rushing year (1,778 pass/974 rush) with 33 touchdowns. Rezac is without a doubt, one of the smartest on-the-field QBs in the state and is an A-1 decision maker, which makes him a nightmare to defend.

At this time, I’m not sure if All-State DB Caleb Benning is back in the lineup yet, but if he is, that would certainly be a huge boost in the Westside defensive backfield AND the return game, where young Benning is a potential game breaker.

*Creighton Prep’s last loss came at the hands of Gretna (16-13) back on October 9th, marking their record at 1-3 and basically having most sports prep scribes write them off as a contender in Class A. Since that night, the Junior Jays have really tightened things up, winning their last 7 straight. With arguably the best offensive AND defensive lines in Class A, all pieces have come together for Creighton Prep, forming an old fashioned smash mouth offense and slobber-knocking defense that can, and have, win games with 10 points and a 187 total yard output.

Last week, Prep’s defense picked off FOUR Elkhorn South aerials and “held'' Husker recruit Cole Ballard to 111 yards rushing. The Jays themselves have the most electrifying RB in the state in CharMar Brown (1,370 yds/166 TDs) and a defense led by Ahmar Brown (91 tackles), Nick Kieny (82 stops) and John Pargo, who has 5 INTs.

The great Isaiah Weber mans the running game with his 833 yards and on the other side of the ball, there’s that stout Dragons defense that has picked off 18 passes, recovered 13 fumbles and piled up 64 tackles for losses.

*The Waverly Vikings are red hot right now with a defense that has allowed just 35 points since Week Three in their wins (minus the Scottsbluff -21-28 OT loss). The Vikings defense has three main ingredients in Cooper Skrobecki, Charlie Johnson and Preston Harms, son of basketball legend Anthony Harms. Linebacker Cooper Skrobecki has a pair of Pick 6’s in 2022, his partner in crime, Charlie Johnson leads Waverly in tackles, and good luck getting past Preston Harms in that Gretna defensive backfield.

If you think Waverly has a solid defense, you may want to take a peek at that Bennington Badger “D”. This Bennington defensive unit only gives up around 205 yards a game and is particularly tough on the opposition’s passing game, allowing a miniscule 83 yards/game.

The Badgers may have the finest pair of Defensive Ends in Class B in Ethan Nguyen (6-2, 225) and Weston Heinemann (6-4, 215). They also have a pair of 155 pound lockdown DBs in Owen Douglas and Gunnar Lym. And their leading tackler? It’s a 145 pound sophomore LB named Kyler Lauridsen, one of my favorite players whom I cannot wait to see live.

The great Trey Bird leads the Bennington offense with his 2,122 yards passing (30 TDs/2 INTs) and unsurpassed leadership skills. Swiss Army Knife RB Nick Colvert sometimes looks like a mirror image of State Single Season Rushing Yards record holder, Dylan Mostek and is a threat to break one to the house on any given carry.

And you can almost anticipate a matchup between Badger WR Jonathan Williams and Waverly’s Preston Harms in this semifinal matchup.

*Scottsbluff made three long journeys to the Central/Eastern part of the state, coming away with wins over Lincoln Pius X, York and semifinalist Waverly. The Bearcats were then rewarded with a pair of home playoff games, crushing both Plattsmouth (54-14) and Omaha Skutt Catholic (33-0). Now The Bluffs makes their longest trip of the year (apprx. 450 miles) to meet powerful Omaha Gross in these Class B semis.

On defense, the Bearcats feature senior Josiah Mosley, who leads the team with 113 tackles. As a team, the Bearcats have recorded 72 Tackles For Losses, led by Khristian Jiminez (10), then Mobley’s 8.5 TFL. Mobley and Jiminez were also huge in the Skutt shutout, recording 11 and 10 stops respectively in a game that saw snow piles on the sidelines.

Omaha Gross is enjoying one of its finest seasons in school history, cruising through 2022 with a perfect record. The Cougars have one of the best O-Lines in all of 11-Man football, opening up the spaces for three time 1000 yard rusher, Jake Garcia. This a senior laden Omaha Gross team with that massive O-Line and a nice junior QB named Colby Duncan, a very efficient passer who will leave the pocket to run if needed and is a Fran Tarkington-type scrambler. (break out the NFL history books Kids)

On defense, the Cougs have been pressed only one time this year and that was early on September 8th by a strong Elkhorn High team, 21-14. One of the fiercest defenders on the Gross team is two-way linemen, Sal Nacarelli, a 6-1, 270 pound battler that should be addressed as “Sir” if you meet him. And be forewarned not to let MLB John Henry Nosbisch and his 5-7, 155 pound frame fool you into thinking the dude can’t play the game. This guy has a BIG heart and a nose for the football.