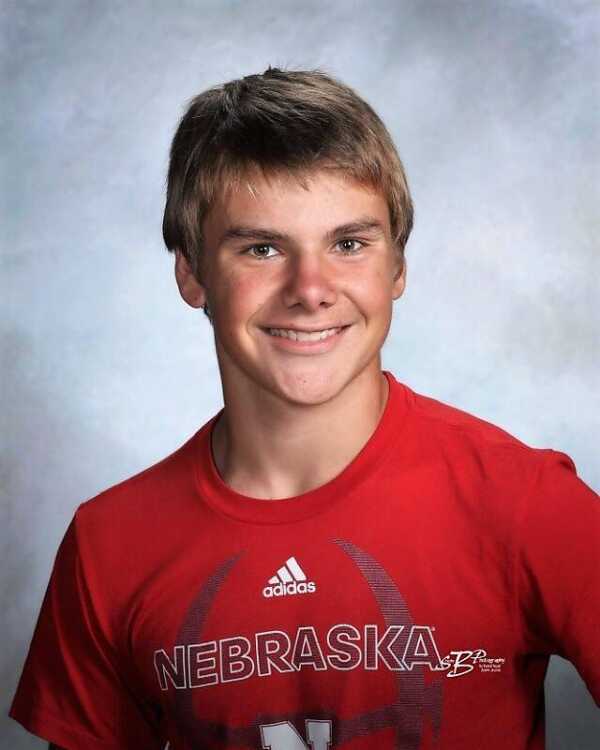 Summerland RB Trevor Thomson is a very special player and just a junior.

*Trevor Thomson-Summerland - 5-8, 175 pound junior was money (as usual) in the Bobcats big 32-28 win over North Central. Thomson lanced the Knights defense with his 240 yards and 4 touchdowns on 22 carries. Trevor hit the endzone from 70, 3, 21 and 37 yards out in the win. That vaulted the junior All-State candidate over the 1000 yard rushing mark for the second straight year in a row, giving him 1,207 yards in just six games.

Matter of fact, Thomson has gained 2,433 yards and 26 touchdowns in 14 career games for the second year school, which is a combination of Clearwater, Orchard and Ewing schools.

What is truly mind-boggling is the fact Trevor Thomson rushed for just 35 yards as a freshman for Clearwater/Orchard, then had to not only adjust to a brand new school and football team, but still ran for 1,230 yards for a team that won just 2 games.

Thomson has seemingly done everything against all odds and now just runs and runs for big yards no matter if Summerland wins OR loses.

In 14 career games, the star RB has been held under a hundred yards rushing just twice, has FIVE games over 200 yards and has cracked the 300 yard rushing mark twice.

This guy is a Baller and is just going to keep balling out, man. Fabulous talent.

*Nathan Pederson-Millard West - 190 pound senior went over the one thousand yard rushing mark with his 174 yards on 30 carries performance in the Wildcats 41-10 loss to a red hot Lincoln East squad. Pederson, who was a 2nd Team All-Metro selection a year ago (951 rushing), is a back who is simply not going to be stopped by a majority of the teams in Class A. Maybe only ONE.

Millard South is the only defense to hold Nate under a hundred yards rushing in a game this season (59 yards), otherwise he has strung together rushing totals of 248 (Elkhorn South), 324 (Millard North), 226 (Kearney), 125 (Creighton Prep) and the 174 vs. Lincoln East.

The Wildcats, currently 2-4 and rated #9 in Class A, have games remaining against Bellevue West (this Friday), North Platte and Lincoln NE. It would be a shame not to see this football team make the postseason.

*Caid McCart-Atkinson West Holt - This guy is SPECIAL. The dude is 5-11, 195 pounds, runs an :11.2 hundred meters and is as light on his feet as a 165 pound wide receiver. McCart ripped off 179 yards and two touchdowns on 22 carries in the Huskies 40-8 win over Boyd County, their 4th straight win. That vaults Caid McCart over the coveted 1000 yard rushing mark and sets him at 1,051 big ones going forward.

McCart’s season has been special to say the least. West Holt dropped their first two games of the season to D-1, #1 Burwell (45-0) and undefeated Lutheran High NE (30-26), In those two games, McCart rushed for just 107 yards and no TDs. Since then, in the last 4 games (all wins), Caid McCart has rushed for 944 yards and scored 15 touchdowns.

*Cole Murray-Waverly - I can imagine how good it was for the Waverly football team to have this guy back at the offensive controls. Now as far as Beatrice was concerned, not so much. Murray’s offensive numbers weren’t gaudy, but his 4 touchdowns, along with some ferocious defense by the Vikings, spelled a long night for Beatrice. Like a 56 to 7 long night

Murray, who missed Waverly’s loss to Elkhorn and win over GI Northwest, was 6 of 9 passing in the 56-7 win over Beatrice, which included a TD pass to Riley Marsh (11 yards), Murray also ran 11 times for 104 yards. BUT, 4 of those 11 carries were good for touchdown runs of 17, 8, 5 and 15 yards. And about that Vikings Defense. All they did was hold Beatrice to 186 total yards for the night.

The Vikings are currently 4-2 and rated #4 in Class B.

*Logan Bokamper-Wakefield - Bokamper, who broke the state record for touchdowns AND points scored in a single game a week ago, didn’t set any records this week, but still made life miserable for Elkhorn Valley in Wakefield’s 54-20 win over the Falcons. Bokamper Bo-scampered for 229 yards on just 14 carries with touchdown runs spanning 63, 50, 55 and 28 yards in the victory. That gives Logan 1,040 rushing yards for the season

*Dominic Rezac, Anthony Rezac, Caleb Benning-Omaha Westside - Dominic Rezac was outstanding once again with his 233 yards and a TD on 29 carries in the Warriors surprising tough 36-25 win over Millard North. Rezac scored his only touchdown of the contest from 19 yards out with 3:16 left in the 2nd quarter to give Westside a 22-19 lead over Millard North.

Sophomore QB Anthony Rezac, who completed 3 of 8 passes for 99 yards in the contest, hooked up with classmate Caleb Benning for touchdowns covering 61 and 18 yards. Benning, son of Nebraska football great Damon Benning, had just the two receptions, but both went for scores, the difference in the game.

Dominic Rezac now has 980 yards rushing for the season.

*Drew Erhart, Andrew Waltke-Palmyra - Sophomore quarterback has developed into quite the Dual-Threat guy in the past two wins by Palmyra. In the Panthers most recent win, a 70-46 rout of Johnson County Central, Erhart not only completed 12 of 18 passes for 263 yards and 3 scores, but the fearless sophomore also carried the ball 12 times for an incredible 232 yards and 3 more TDs (58, 62, 41 yard runs) in the game.

Of course it helps Erhart’s aerial game to have two time All-State WR Andrew Waltke as your primary receiver, but he still has to get the ball to Waltke. In the Johnson CC game, Andrew Waltke grabbed half of Erhart’s pass completions for 166 yards and a pair of touchdowns covering 36 and 46 yards. Hunter Pope, who caught 3 balls for 75 yards in the game, had the other TD reception (58 yards). Waltke also had a 42 yard Pick-6.

The great Andrew Waltke, who already has 527 receiving yards (7 TDs) this year, has a stunning Career total of 3,143 receiving yards with 41 TDs in just 29 career games. With 2 regular season games left and the postseason looming, Austin Kaczor’s (Ewing/2006/2009) career receiving record of 3,276 yards may be within reach.

*Christian Meneses-Plattsmouth - A sophomore backup quarterback starting for Plattsmouth may have been the reason Christian Meneses ran the 40 times in the Blue Devils 28-21 win over Norris. But, no problem, the senior All-Stater didn’t seem to mind the extra work, responding for 205 yards and 3 touchdowns covering 4, 1 and 3 yards in the win.

*Ethan Shaw, Micah Biltoft, Josh Shaw-Sandy Creek - Freshman QB Ethan Shaw completed 12 of 21 passes for 163 yards and two touchdowns in the Cougars 45-16 loss to perennial C-2 power Sutton. Micah Biltoft caught one of Shaw’s TD tosses (5 yards) and hauled in 8 of Shaw’s 12 pass completions, good for 70 yards. And Josh Shaw, well, just another 10 tackle game and another day at the office is all.

The only QB ahead of Ethan Shaw in passing yards in Class C-2 is Division One recruit (Wyoming) Koa McIntyre of Fremont Bergan. The four receivers in front of Biltoft in C-2? Carson Thomsen of Oakland-Craig, Kade McIntyre-Fremont Bergan, Sam Peterson-Yutan and Jake Bargen of Centennial, ALL big time football studs whom I’ve seen play in person the past two seasons.

I’d say Ethan Shaw and Micah Biltoft are having a pretty decent season, wouldn’t you?

*Tyson Denkert-Kenesaw - Business as usual for the two-time All-Stater in Kenesaw’s impressive 52-14 victory over an always tough BDS team. Denkert ran for 206 yards and TD scampers of 6, 30, 49 and 10 yards on 27 carries, and added TD passes to juniors Lane Kelly and Joel Katzberg in the win.

*Dawson Dunbar-Chadron - 190 pound senior led the Cardinals to their 6th straight win of 2021 with his 197 yards/22 carries performance against Sidney. Dunbar hit the endzone from 1, 12 and 17 yards out in the 35-6 victory over the Red Raiders. Dawson now has 860 yards rushing with 10 TDs for the season.

*Nick Conant-Adams Central - Stepped in for the injured Hyatt Collins and exploded for 203 yards on 22 carries and touchdown gallops of 3, 5, 33 and 57 yards in the Patriots 59-20 win over Central City.

*Haiden Hild, Carter Seim-Cross County - Hild ran for 154 yards on 6 carries with TD runs of 27, 38 yards in the Cougars 61-6 pounding of Shelby-Rising City. The great Carter Seim returned from an injury absence to rush for 78 yards on 7 carries and 4 touchdowns in the Cougars win.

*Clayton Moore-Mullen - Achieved the pinnacle of EFFICIENCY in Mullen’s 74-24 win over Morrill. The junior Swiss Army Knife rushed 2 times, both for touchdowns (32, 44 yard runs), was 1 of 2 passing, his only completion being a 26 yard TD pass to Jaden Emerson. He returned the opening kickoff 65 yards for a touchdown, had a 50 yard punt return for a touchdown, intercepted a pass and made 3 tackles on defense.

I might also add Clayton Moore was an honorable mention All-State BASKETBALL player the past two seasons.

*Alex Phelps-Wayne - Five receptions for 152 yards including a 55 yard TD catch in the Blue Devils 18-14 loss to Norfolk Catholic.

*Caleb Trimble-Pender - Six carries, 124 yards, touchdown runs of 32 and 34 yards in the Pendragons 42-0 whitewashing of Walthill.