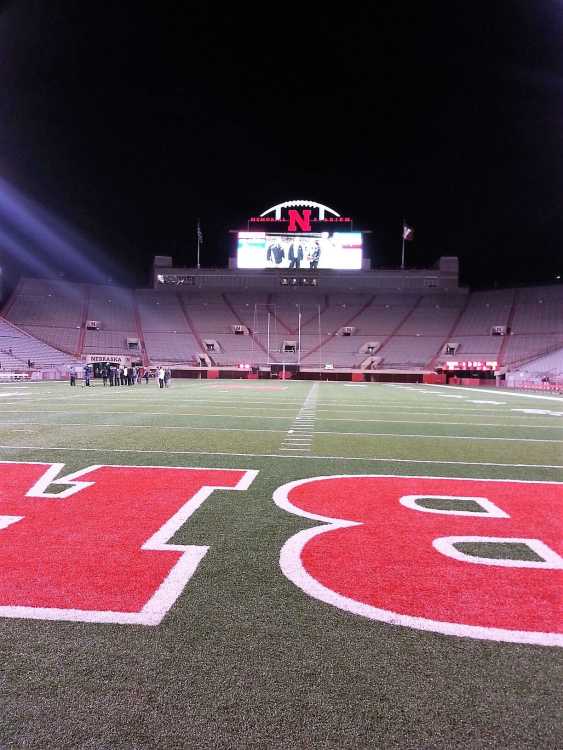 It was the final of six boys state basketball championships at Pinnacle Band Arena. I was front and center for the C-2 title matchup between GICC and BRLD. The entire weekend felt like we were all walking in a long corridor of uncertainty, a corridor that could be darkened and shut down in an instant by the Governor.

I felt a chill run down my spine at halftime when we were informed this could very well be the last high school sporting event in the entire nation for a long time. Everyone in press row on that March night knew the edict that was to be handed down shortly, and that no sporting event would be exempt from it’s grasp.

We were battling a cruel, invisible, deadly enemy in the form of a virus, a potential killer that would shut down all spring sports in Nebraska, and the entire country for that matter.

Yet, all of those involved in that unforgettable weekend of boys state basketball were giving thanks and high praise to Jay Bellar and the Nebraska Schools Activities Association for being bold enough to tread through the waters of uncertainty with enough strength and faith so that this state tournament could be seen to its completion. It was a good move.

So here we are in the middle of May. The majority of Nebraskans seem to be doing what they were instructed to do; practicing social distancing, no gatherings of more than ten, many working from home and every student doing online school at home. Many are also still wearing face covering when they do leave the friendly confines of home.

BUT, the BIG questions still remain unanswered at this point; Will schools reopen in August and will there be Fall sports? Just a week ago, Governor Ricketts issued an encouraging statement followed by NSAA executive director Jay Bellar’s own statement a day later and it read;

“As a result of the Governor’s announcement on May 11, beginning June 1st NSAA member schools are permitted to open weight rooms for voluntary strength and conditioning sessions.

Prioritizing the health and safety of all students and staff must remain the focus of each NSAA member school.

These requirements must be followed when conducting voluntary strength and conditioning sessions:

It’s a start in the right direction anyway.

BUT, what is important at this point in time in my mind, is to try and imagine, in your wildest dreams, what a fall in Nebraska would be like without high school Football, or Volleyball, or Cross Country, Girls Golf, Girls Softball, or Boys Tennis.

With all due respect to the rapidly growing sport of Cross Country, girls softball, girls golf and boys tennis, it is unimaginable to this guy what a fall without football or volleyball would be without those two major sports.

High school football and volleyball are the bread and butter of the NSAA as far as money makers go, and it sounds a bit insane to say it goes far deeper than that, but it does. Far deeper.

It would cut like a knife if Nebraska high school student/athletes were deprived of competing in any or all of these sports this fall. Spring sports participants in Nebraska already felt the cruel cut of that knife.

As Nate Perry, coordinator of media relations for the National Federation of State High School Associations stated in his May 12th article;

“The loss (of spring sports), however, goes much deeper than the student-athletes. Parents lost an opportunity to witness their children grow in the environment only athletics can provide; communities – particularly those with just one high school – go without one of their most sacred and fundamental sources of pride.”

Those words REALLY hit home with me. Since the early 1900s, high school athletics have been a right of passage in this state. Nebraskans have never witnessed a year without them.

And now, some personal words from a man who eats, sleeps and lives Nebraska high school football.

I was on the Lincoln Pius X football field last October 27th conversing with one of the most passionate high school football men in the state, 32 year Pius X assistant coach Jim Hansen.

Coach Hansen was telling me about an NFHS meeting he had attended last summer and how the idea of schools fielding a high school video game team was catching on like wildfire. The person outlining the idea of video game teams listed the following selling points; very little investment on the part of participating high schools; no travel costs, no costly uniforms to speak of, no officials, and no athletic fields or courts to be used and maintained.

Everything would be online. The competition between two schools could be held in a huge gymnasium with big screens. The “games” could potentially draw hundreds of students because most all kids play video games of some sort, plus 95% of the student population could have a shot at making the team from simply playing video games all the time.

Coach Hansen also wondered if this video game team idea could eventually end sports like high school football, whose numbers are already declining because of the risk of brain injuries.

The last thing Jim Hansen told me prior to that Bellevue West/ Pius game as his eyes welled up, was this; “Bobby, can you imagine all of us being deprived of these Friday Night Lights and all the tradition and pageantry that comes with it.” “ I pray it never happens in our lifetime Bobby.”

I thought about that all the way back to Grand Island that night, but finally dismissed the idea because in my mind it could never happen. Little did Coach Hansen or I know at the time that the prospect of Friday Nights without Football Lights would actually be a real issue less than year later and video game teams would have nothing to do with it.

Now that the stark reality of the potential nightmare is here, there are things I ponder each passing day. And God forbid me being right on one of these thoughts.

Of all the 2020 fall sports, which do you think would be least likely to fly if none of the current restrictions were eased, especially SOCIAL DISTANCING?

Golf would certainly the first to pass the social distancing test. Tennis would be a close second, softball would seem alright except the current dugout setup, and even volleyball could be pulled off, despite some close quarters at times. Cross Country, minus the close quarters of runners at the start of the race, would also seem safe considering that the pack of runners begin to thin out minutes into the race.

And that leaves our beloved football, the biggest contact sport of them all. The collisions, the gang tackling, the saliva being excreted, the blood, the piles at the end of a gang tackle and yes, even the huddle.

Makes it look bleak if the current social distancing rules are still in effect, and yet the nightmare of “A 2020 high school football season that never was” could be a thought of the past if every single one of us strictly follows the rules set up by the Governor and the NSAA, thus giving us a very real shot of having that the social distancing rule relaxed a bit and the “number of people in a gathering rule” upped once again to 50.

I still have a few more thoughts though.

*Can anyone but a mystic predict what will happen to Fall sports in Nebraska at this point? No.

*Could we have a 2020 football season if there were no organized preparations until the actual opening day of fall practice? I say YES.

We did it when I was in high school in the mid-1960’s. There were no summer camps, no weight rooms, no summer workout schedules issued by our coaches. The closest thing to summer camps we did was half a dozen of our skill players getting together in a park to “run some plays” we had the year before.

We hit the ground running that first day of practice back in 1963 and put out a quality product back in that day. No, it certainly wouldn’t compare to this day, but everybody was in the same boat; there were no organized practices during the summertime back then as far as I recall. It was a level playing field for all when Fall practices officially began.

Why couldn’t this work now if it came to pass that the NSAA gave the okay for Football the day before Fall practice was to begin? If every high school in Nebraska had strictly abided by summer rules handed down by the NSAA, it would be an even playing field for every team far as volunteer preparation was concerned.

Would there be more injuries due to the fact players were not in as good a condition as they had been in previous years? Possibly, but loyal weight room attendance and daily conditioning routines drawn up by coaches could certainly prevent a majority of those. And in reality, excluding the summer camps, things would not be much different than previous years. Those would worked hard in the weight room all summer and showed up in decent shape the first day of Fall practice, would prevail on Game Day.

I could write all day, but it all comes down to this and it’s the cold reality staring us right square in the eye.

Above all, we MUST trust our Governor and ultimately the Nebraska School Activities Association. The NSAA, by the way, has the right man at the controls during this crisis. Jay Bellar is a brilliant man and will lead us to the promised land of making Fall sports a reality IF we do what we are told.

Yes, there is always the threat of a second wave of the corona virus, but stay positive and follow the guidelines. If you are an student/athlete, coach, parent or simply a fan, when you go to bed tonight try and imagine a Fall without football, volleyball, cross country, softball, tennis or golf. If you thought a spring without sports was a heartbreak, take it from an old guy, a Fall without high school sports would rip your heart right out of your body.

That thought alone may stop some who have the temptation to just say “the heck with it” and do as they please.

And yes, I realize that the loss of a sporting season is NOTHING compared to a loss of life or the inability to make enough money to support a family, or simply have enough money to buy food, but we need high school sports and extracurricular activities for the young men and women of Nebraska who have already been deprived of a spring sports.

We need to continue to unite and do what we are already practicing, and that is following those guidelines set up by the NSAA. Those highly skilled people want Fall sports as badly as we do and will do everything in their power to make that happen.

And now before I retire for the evening, if you wouldn’t mind, I’m going to ask the Man upstairs for a little help on this matter.