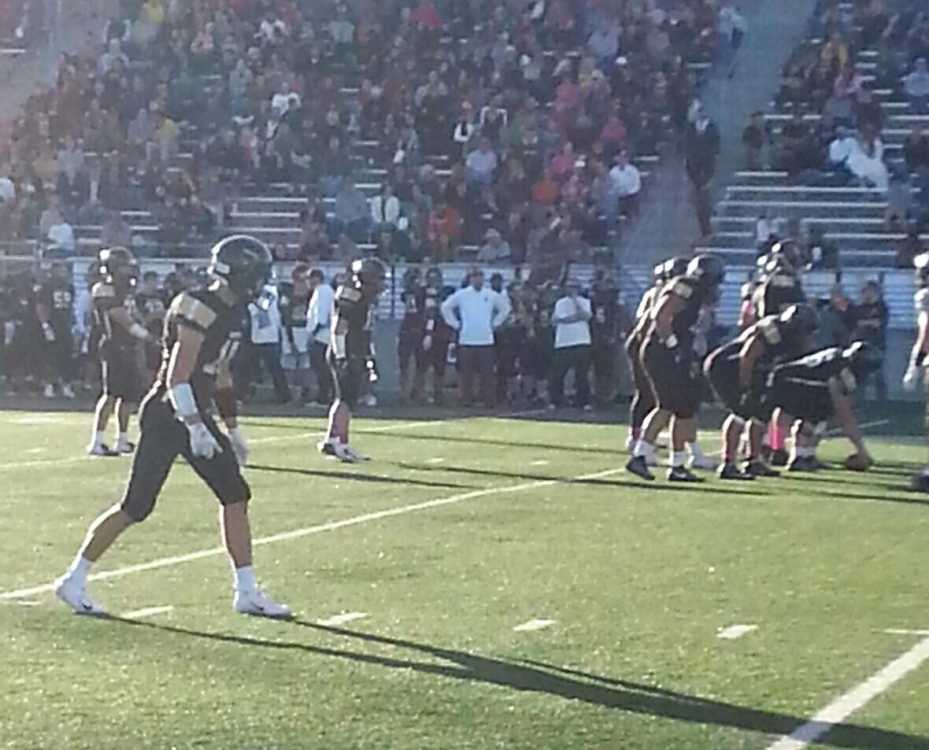 The first group of returning 1000 yard rushers we salute hail from the Class A ranks and they are a talented quartet indeed.

*Jay Ducker-Bellevue West - 5-10, 194, Senior (1,813 yards) - When the discussion about best running back in the state comes up, it all starts here with Jay Ducker. Difficult to imagine a RB improving on an 1,813 yard rushing season, but when you consider the fact Ducker has three returning, three year offensive line starters blowing holes open for him this Fall, it makes sense that his numbers could increase in 2019

As for Jevyon Ducker, super Coach Michael Huffman reports that the Northern Illinois commit has really pounded the weights in the off-season to increase his top end speed and that is simply frightening for anybody playing the Thunderbirds.

The 5-10, 190 senior, with several other D1 offers already in his pocket, has the entire package. Amazing vision, terrific lateral speed, very fluid cuts, and the ability to stay upright after absorbing jarring hits. Yards after contact are in the high category and Ducker has built in radar with the end zone as a target every time he touches the football, so he wastes little real estate with unnecessary moves.

Only Elkhorn South held Ducker to under a 100 yards rushing a year ago in a season that saw the Thunderbird flyer score 30 touchdowns, swelling his career total to 57. The school record is 80 and with his career rushing total setting at 3,635 yards, Ducker is s sure-fire bet to enter the 5,000 yard rushing club and break that school TD record with an injury free season.

Want another staggering fact illustrating Jay Ducker’s high football skills? Check this out. The dude has touched the ball 540 times the past three years at Bellevue West and fumbled just twice, losing only one.

Cannot wait to see this young man run the football and catch some passes out of that Bellevue West backfield this season.

*Isaiah Harris-Millard South - 5-8, 180, Senior (1,544 yards) - Omaha Metro Conference fastest man was one of two Millard South 1000 yard rushers a year ago. The 1-2 running punch of Harris and sophomore quarterback TJ Urban elevated Millard South into a serious playoff contender in 2018 and that status is only beginning for Coach Andy Means Patriots.

Isaiah Harris is obviously fast, very fast, like :10.9 and :22.4 fast. Dude hits the line as quickly as anyone in Class A, displays very fluid moves while gliding through traffic, and reads his blocks with great precision, knowing exactly when to plant and cut.

I’m not sure there are any players that can catch up with Isaiah Harris once he clears that first wave of defenders. The kid is simply that fast in the open field.

And something I have noticed is the fact this young man is much stronger than you might think and certainly has displayed great balance with the ability to shred would-be tacklers. Mr. Harris should be a real kick to watch this season.

The son of former Nebraska Wesleyan Hall of Famer Noland Urban, TJ was the quarterback of that top notch 7th grade Under Armour Patriot team that finished 2nd nationally in 2016.

And the reason I mention this? TJ Urban already seemed to have an understanding of the game of football back then, or certainly was well on his way. If you knew Noland Urban, you would understand why TJ is a pure football talent through and through and had a jump start on the competition.

Last season as a sophomore at Millard South, Urban led his team to a 9-2 record, playing like a well seasoned, veteran quarterback. The young Patriot field leader and masterful option quarterback rushed for 1,215 yards on 188 carries while completing 66 of 104 aerials for 783 yards and 9 touchdowns with no interceptions.

The way that Millard South offense was set up a year ago, Urban ran the ball an average of 17 times a game and many of those rushes were slick fakes to Isaiah Harris, then quarterback keepers right into the heart of the defense. Not a scheme for a quarterback that can’t take the punishment and TJ Urban was more than ready for that test.

As far as mechanics, TJ Urban is deadly running the football with his well disguised option game ball fakes and his exceptional ability to drag defenders for extra yards after contact. Urban also has enough foot speed (4.6 forty) to outrun many pursuing defenders which ends up resulting in big gains.

In the passing game, pick your poison. TJ displayed the ability to be a fine drop back QB, firing the ball to a certain spot, leading his receivers with fine accuracy...OR...the kid could scramble until he spotted an open receiver downfield.

Young Urban also seems to already possess the experience to make very quick decisions as far as running the football when he sees his receivers covered. That alone creates nightmares for any defense. it also helps to have a blocker/pass protector like D1 recruit Kohl Herbolsheimer (6-3, 276 pounds) in front of him and a 1000 yard rusher named Isaiah Harris next to him in that Millard South backfield.

TJ Urban has the tools surrounding him to not only showcase his talents, but more importantly to help lead this Millard South team where they want to be at the end of the season.

*Nick Halleen-Lincoln Southeast - 5-10, 190, Senior (1,052 yards) - This young man is one of the most underrated players in Class A as far as I’m concerned. Truth be known, every high school in the state would love to have half a dozen Nick Halleens.

Halleen, who played for Lincoln Northeast a year ago, is one of those tough, hard-nosed blue collar football players whose name rarely graces the headlines, yet he rushed for over a thousand yards toiling for a 4-5 football team. Only Lincoln East and Omaha North held Nick to under a hundred yards rushing. The rugged Halleen was also a standout linebacker, recording 48 tackles, including 4 for losses.

This young man boasts some of the same standout physical abilities that the household name Class A players own. Halleen’s 4.6 forty speed allows him to break some long gainers, plus the kid is strong as an ox with his 500 pound squat and 455 pound dead lift.. He also has a vertical somewhere in the 35” range.

I hope Nick Halleen has the opportunity to really showcase his talents this Fall with his new team because I believe this lad is a very fine football talent.