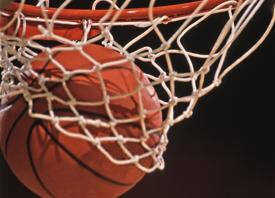 For years and years, I wished some ambitious person would publish a year by year list of the all-state football and basketball teams over the past 50 seasons. It never happened, or I missed it altogether. Since we are right smack dab in the middle of basketball season, I've decided to do the research and bring the all-state basketball teams, class by class for every year beginning with 1964.

50 years of high school basketball All-State teams. Maybe you'll see your Dad's name on one of these lists. Possibly a grandfather, an uncle, or just a legend from your home town. Bottom line, these athletes deserve at least another salute for their stellar performances. These were believed to be the top 5 school boy basketball players in their respective classes for that year.

*Creighton Prep beat Bellevue 64-53 for Class A title in 1964 and were coached by Tom Brosnihan. Creighton Preps Anderzunas was lauded as the best "big man" to ever play Nebraska high school basketball after his senior campaign. G.I's John Sanders was a shining star on a team with a weak supporting cast, it stated. Kind of like being the Valedictorian of your summer school class, huh? Sanders scored 24 points against Prep that year.

*Ralston (23-2) clipped Omaha Holy Name (22-2) 58-52 for the title in '64. Strasil was a long range bomber for Falls City, while Minden's Nelson averaged 21.5 points a game for coach Gene Armstrong. The 6-6 Johnson muscled his way to 26.1 ppg for Bridgeport while Seward's Krink connected for 17 points per contest. Holy Name's Moylan just simply had bloodlines and was so good.

*Lauer was my boyhood hero. The 6-8 "giant" averaged 38.1 points every time he stepped on the court and ended up scoring 956 points in 1964, best ever in state history. His career total of 2,247 ties him for 6th all-time with Gibbon's Rylee Reinertson, who graduated a year ago. How's that for irony. Not sure if anyone ever topped his 38.1 ppg either. 22-2 Stanton beat Lauer's 20-5 Buffaloes 77-63 for the title that season. Lauer's top individual performance was 59 points. Henderson's Regier was nothing short of amazing. He averaged 25.5 ppg and 17.7 rebounds...unheard of. I saw Regier lay 61 points on Milford and 56 on another occasion. Tecumseh's Lacey, a slim lad indeed, averaged 21.5 ppg and was SE Nebraska's best. Roger Elrod averaged 17.7 a game but pulled down 19.3 boards an outing. They just DO NOT do that these days. Oakland's Canarsky poured in 21 a contest.

*Beaver Crossing Beavers won the first of two straight state titles that year with a 51-50 squeaker over Herman. The Beavers ended up 26-1, Herman, 21-1. Ron Simmons was just simply a super man of his day, averaging 36 ppg. Nobody stopped the 165 dynamo, who ended his career with 2,406 points. That's 2nd all-time only to Wilsonville's Bill Holliday's 2,748. Beaver Crossing, who won the 8-Man football in '64, was led by Heser, who had a great surrounding cast. DeWitt's Tietjen was the pride of SE Nebraska and averaged 23 ppg and 18 rebounds. Tietjen was also an assist wizard. Schultz ruled SW Nebraska by throwing down 25.8 ppg. The slim, trim Waltz led the Plymouth Pilgrims (of course they were) with 20 points and 16 boards a game.

I saw Simmons play when I was a freshman and never forgot the way he just floated the shot off his hands. The kid was sooooo good. Some names you may recognize on honorable mention all-state were: Ron Laux-Hildreth, Dave Macken-Platte Center, Lee Jacobsen-Elba, Ed Bauer-Lodgepole, Larry Vlasin-Madrid, and Jerry Schurr of the Farnum Greenbacks.

Lots of high individual scoring feats in 1964 and the big men ruled the roost. This was the golden era of the LouPlatte Conference too with players like Gibbon's Kurt "The Tower" Lauer, Glenn Mays of Wood River, Harold and Gerald Schenck-St. Paul, Carl and Mick Ashman of Burwell, and the late Joe Tozcek of Loup City. Players could shoot the ball then with no 3 point shot in sight. Another thing that helped back in that day is the fact if you breathed on a big man underneath, you were whistled for a foul. But there were pure sharpshooters like Simmons and Regier that would have scored a gazillion points had their been a 3 point shot then.