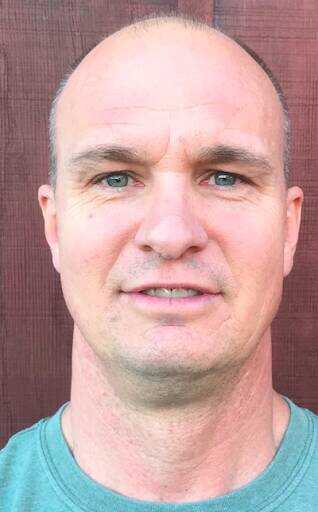 Our 8th salute goes to the sensational Jim Gilbert of Table Rock high school, who was literally unstoppable during the course of his 1985 senior season. Even in a season ending 56-12 semifinal loss to Coleridge (which Table Rock led 12-10 at halftime) the remarkable Gilbert still rambled for 177 yards on 43 carries and both of Table Rock’s touchdowns.

Averaging 236 yards rushing and close to FIVE touchdowns a game, it’s a small wonder Jim Gilbert was my State Rushing Champion in 1985 and went on to help lead Peru State to a 1990 NAIA National Football Championship.

From 1982 to 1985, Jim rewrote the record books while playing for the Tigers and Hall of Fame Coach Terry Borcher. In his spectacular senior season, he set the state single-season rushing record (at the time) with an amazing 2,828 yards while also scoring 56 touchdowns and averaging over 9 yards per carry.

Jim finished his career with 5,046 yards and 90 total touchdowns and was ranked in the Top 3 at the national level in both of those categories during the 1985 season. During his historic run,, he also led the Tigers to 11 straight wins and a trip to the state playoff Semi-Finals.

Jim was honored for his play on many occasions including: 1st Team All-Homesteader Conference, 1st Team All-State, Class D-2 Offensive Player of the Year, and being selected to the All-Class/All-Nebraska Team. In the summer of 1986, he was also chosen to play in both the Eight-Man All Star Game and the Nebraska Shrine Bowl Game.

Jim later finished his highly-decorated playing career at Peru State College and played a major role on the Bobcats 1990 NAIA National Championship team. He was honored many times as an All-NAIA player, an All-America selection, and he was also named the team’s Most Valuable Offensive Player.

Currently, Jim is still ranked in the school’s All-Time Top 10 in both yards and touchdowns in a season. The NEMFCA is honored to welcome him into the Eight Man Hall of Fame Class of 2022.