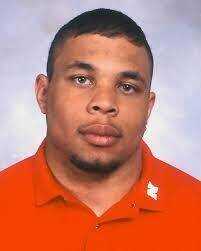 From 1990 to 1993, Josh was a dynamic player and a generational talent for his hometown Wildcats. During that span, he led Wallace to 3 consecutive state playoff appearances- and as a senior, he not only toppled school records for both yards rushing in a game (300) and touchdowns in a game (7), but he also amassed a Wallace career record with over 4,000 rushing yards. On his way to setting records in both rushing and scoring, Josh was named 1st Team All-Area and 1st Team All-Conference three times, as well as 1st Team All-State on two occasions. After graduation, he was selected to play in the 1994 Nebraska Shrine Bowl and then went on to play football at the University of Nebraska. While in Lincoln, he became a 2 time letter-winner and a member of 3 National Championship teams (1994, 1995, 1997). Josh was later named to the Class D1 All-Decade Team for the 1990’s by Huskerland Prep Report. The NEMFCA is honored to now welcome him into the Eight Man Football Hall of Fame Class of 2020-21.

“Big Josh Cobb was a load to bring to the ground, especially during his junior and senior seasons at Wallace during which he bolted for 1,438 and 1,685 yards respectively."