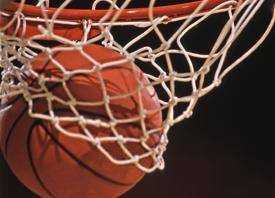 Here is our usual review of State Basketball Tournaments and All-State teams. This time it’s 2002.

A point of interest in here is that 2002 was the first year for wildcard entries in all 6 classes.

*The Class D-2 tournament scoring leader was Cody-Kilgore’s Eric Johnson with 46 points (9, 21, 16 pts), despite just a 9 point output in the Cowboy’s opening round 46-43 win over Milligan. Eric was a single point ahead of his Greeley junior counterpart Chris Williams, who netted 45 points (18, 14, 13 pts). High points in a D-2 tournament game was 21, obviously scored by Eric Williams and matched by both Dion Parks of Lewiston and matched by his teammate, Ben Ideus in their opening round route over Beemer.

*In the Class D-2 final it was the late heroics of Cody-Kilgore junior Eric Johnson that saved the day….twice...for the Cowboys against defending D-2 champion Greeley. Johnson scored 4 points in the final eight seconds of regulation, including a 15 foot fade away, off-balance basket shot. And of course it came right before the buzzer. That baby sent the game into an overtime period with the teams tied at 39.

Cody-Kilgore outscored Greeley 9 to 6 in that extra period, lifting the Cowboys to a 48-45 win over Greeley and their super-coach Dennis Hurlbut. Eric Johnson finished with a game leading 16 points, while Rick Rech and deadeye Chris Williams paced the Bulldogs with 13 each.

Man, could both Cody-Kilgore and Greeley ever play defense, which is sometimes a lost art in the lower classes. Both teams allowed only 44 points a game entering the 2002 state tournament. No worries on offense though, both the Bulldogs and Cowboys could put the ball through the hoop, each averaging 64 a game, but it was defense that prevailed in this baby.

I can still recall Grand Island’s basketball team sitting in the lower stands as Cody-Kilgore walked by after their state championship win. The Islanders, who were the Masters of Defense, gave the Cowboys a standing ovation as they walked by. I’ll never forget that show of class by the Islander hoops team..

*The D-1 championship game was certainly a sweet deal for a Spencer-Naper team who was unbeaten entering the Finals in 2001 before being defeated 59-44, by a terrific Falls City Sacred Heart squad.

Spencer-Naper super-star Lance Classen scored 26 points in the Pirates 67-54 win over Scribner-Snyder, making the Boyd County squad the state’s only undefeated team in 2002.

It was Spencer-Naper’s 2-3 matchup zone that seemed to make a difference in the contest. That Pirates defensive alignment forced 17 Scribner-Snyder turnovers and actually caused the Trojans to call two timeouts during the first 4 minutes of the game to avoid further damage.

Despite the turovers and Classen’s scoring heroics, Spencer-Naper still wasn’t able to shake Nate Probasco and unrated and 18-7 Scribner-Snyder until the final three minutes of the game.

*The Class C-2 Championship game was a battle between two of the greatest high school basketball coaches ever, Lyle Nannen of Randolph and Sutton’s Steve Spongberg. Nannen’s troops prevailed in this one, as the Cardinal’s Mitch Tunink drained a pair of treys early in the fourth quarter, drawing Randolph to within two points of Sutton, then knotted the game at 35-35 with a mid-range jumper with 4:56 left in the game..

Randolph’s Chad Arens, who sat most of the 3rd quarter after picking up his 4th foul, re-entered in the final frame, scoring 7 of his 11 total points to lift Randolph to a 50-43 win over the Mustangs. It was first state title under 30 year head coach Lyle Nannen.

Jake Borst led Randolph with 14 points, while Casey Leif and Blake Smith each had 9 for Sutton.

It might also be pointed out that Randolph’s Trevor Anderson pulled off something pretty special during the 2002 Class C-2 State Tournament. After season long starter Aaron Billerbeck broke his leg in practice after the Cardinals had already made the C-2 state tournament field, Anderson stepped into the starting lineup for only the second time in his career.

Travis responded with 14 points and 12 boards in Randolph’s opening round 51-45 win over Sandy Creek. He followed that with a 12 points and 9 rebounds in the semifinal win (67-48) over Overton, then netted 8 points and a pair of boards in the championship game.

What seems ironic, and still a head-scratcher to this day although we do not know the facts, was that Randolph school officials asked Nannen to retire after he started the 2001-2002 season with an 0-2 record. Nannen finished his illustrious coaching life with a career record of 468-223. That career spanned 41 years.

The fitting end result was that Lyle Nannen closed out his coaching career with a State Title.

The C-1 championship game featured a rematch of the 2001 final matchup between defending C-1 Champion Columbus Lakeview and Bishop Neumann. This time it was the Cavaliers turn.

Coach Paul Johnson’ troops, led by Kyle Loos (21 points) and balanced scoring of Alex Kotera, Kyle Prohaska and Russ Plybon (14, 11, 11 points respectively), sprinted out to a commanding 40-29 halftime advantage and never looked back, although Lakeview closed the gap to three points in the third quarter due to a sensational trapping defense.

Neumann’s defense wasn’t too shabby either, limiting Lakeview was to just 3 of 22 accuracy from beyond the arc. Meanwhile on offense, the Cavaliers Alex Kotera was the man to add the spark when Lakeview threatened in the 3rd quarter. It was his 3 pointer with 2:14 left in the game that also provided Neumann with the cushion they needed to win the game.

It was a sweet State Tournament for Cavalier head coach Paul Johnson, who retired after the championship game. Johnson may have wondered if his Neumann team was even going to make it to the finals after trailing Syracuse 16 points late in the semifinal contest.

It was also hard to imagine how Columbus Lakeview, especially All-State guard Calvin Kapels, could even focus on basketball. Kapels mother Linda died the day before the C-1 Championship game after a long, horrible battle with cancer. These are just kids we’re talking about here, and I know that Kapels knew long before the championship game that his mother may not make it. It is young men like this you pray for before going to bed at night.

*The Class B State Tournament scoring leader by a mile was Michael Stoynev of Norris, who poured in 59 points (24, 14, 21 pts). The Norris star was 17 points better than Shawn Swan of Ralston.

*The Class B final: How do you own a rival Four times in one season? That’s exactly what Coach Curt Carlson’s Norris Titans did against Lincoln Pius during the 2001-2002 basketball season. The last victory, a 57-54 win, earned Norris a Class B state championship trophy. And just how good was Pius? The Thunderbolts finished the year at 17-5, with their only other loss coming at the hands of Class A runner-up Lincoln Southeast.

All-State Michael Stoynev and Brett Doctor were the offensive heroes for Norris. Stoynev’s 21 point performance came as no surprise in the Championship contest, but Brett Doctor’s 14 big ones came from a player that averaged only 8 ppg during the season. Doctor must have felt comfortable on the big stage because after high school, the Norris ace, who had a 33”vertical and 37” running jump, travelled around the state doing dunking exhibitions during halftime at high school hoops contests.

Lincoln Pius looked like they may be on the way to getting the Norris monkey off their back when they sped to an 18-8 first quarter advantage. Norris put that one to rest by reversing the tables with a 19-8 second quarter bulge, enroute to a 27-26 halftime lead. The rest of the game was a back and forth thriller.

Michael Stoynev, who was a perfect 7 of 7 shooting from the field, led all scorers with his 21 tallies, while Ben Schleppenbach paced Pius X with 19.

*The Class A championship game: In all my years of watching State Tournament basketball, I have never witnessed a defensive performance like Grand Island laid on, not only Lincoln SE in the championship game, but on Omaha Burke the day before. Dave Oman and super-strategist Assistant coach Steve Bartek, held high powered Omaha Burke to 25 points in the semifinal tilt, followed by a complete shutdown of points beyond the arc against Lincoln Southeast in the Class A final. The Knights could manage only 29 points in the 2002 championship game.

In that Class A title match, the Islanders, just like they had done the day before, threw a box and one defense against Southeast to put the clamps on Knight standout Nick Bahe. It worked like perfection.

Grand Island defensive super-star Bret Clark was handed the assignment of guarding Bahe, one of the state’s best players. Knights head coach Jeff Smith had to be concerned, having seen Clark smother Omaha Burke star Jason Dourisseau to the tune 4 points on 2 of 13 shooting for the game the day before in the Class A semis.

Nick Bahe suffered a worse fate. He scored only two points on 1 of 13 shooting from the field, as the Islanders ran away with a 51-29 victory, and their second Class A title in four years.

Just like Omaha Burke, the Islanders held Southeast to just 10 points in the opening half, and that’s after the Knights had taken a 9-4 first quarter lead. So suffocating was that box and one Islander defense, Lincoln Southeast went 12 minutes, 32 seconds without a field goal in a stretch between the first and third quarters.

With Bret Clark denying Nick Bahe the basketball, and 6-9 Wes Wilkinson, plus 6-6 All-State footballer Kurt Mann plugging up the middle, the Knights were held to 0-21 shooting from 3 point land. 0 or 21. And as for points in the paint for the Knights? No chance.

So try this on for size. In the last two games of the State Tournament, Grand Island held Omaha Burke and Lincoln Southeast to a combined 19 of 96 shooting…….that’s an unimaginable, nightmare 19.7 %. Will we ever witness something like this again?

Meanwhile, Nebraska hoops recruit Wes Wilkinson was having a game for the ages for the Islanders. The agile, sweet stroking senior scored 13 points, pulled down 14 rebounds, blocked 8 shots, had 5 steals, and altered several other shot attempts.

The word “DEFENSE” took on a new meaning after witnessing Grand Island in the 2002 State Basketball Tournament.