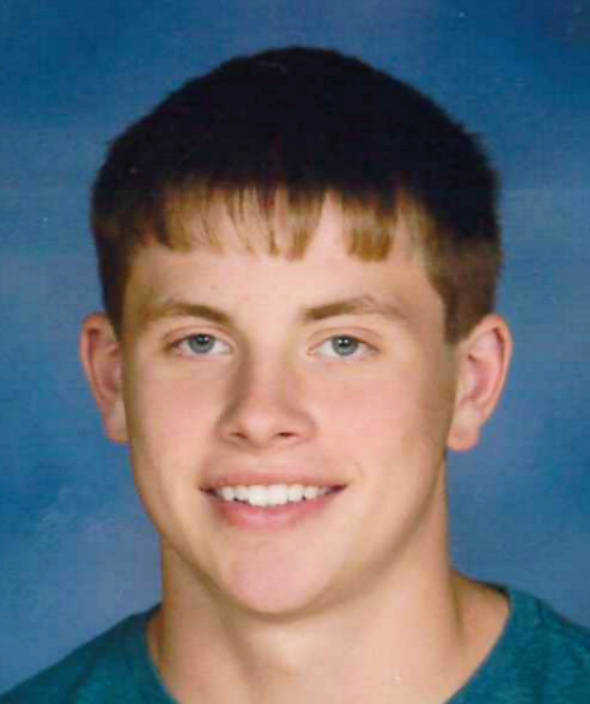 There isn’t much Riverside’s Ty Martinsen left undone in the world of Nebraska 6-Man football the past three seasons.

…...and most games Ty Martinsen was standing on the sidelines the entire 2nd half to avoid running Riverside’s score up over a hundred points.

So, how dominating has this Riverside football team been the past 4 seasons after Cedar Rapids and Spalding High school decided to come together in 2014?

The Chargers won the 6-Man football title the first year of their existence when Martinsen was in the 8th grade. Four years playing 6-Man football, Four state championships and a 43-1 record.

The lone loss in 4 seasons for super Coach Joey Imus and his Riverside Chargers came on October 17, 2014 to bitter rival, Spalding Academy. A month later, Riverside avenged that loss by beating the Shamrocks 22-14 in the 6-Man Championship game.

Riverside has not suffered another loss since, which means Ty Martinsen has never experienced a loss on the football field during his career.

The Chargers were so far above the competition last season that they did not have to punt the football until late in the Championship game against a terrific Harvard team. Imus said they never even bothered to practice punting during the week.

And the times I saw Riverside play, Coach Joe Imus never bothered to drop anyone back on punt returns…...an act of mercy toward his opponents and an opportunity for his starters to get some offensive reps in………..for 2 quarters a game, that is.

Ty Martinsen is a big, strong dude. Last time I looked this summer, he checked in at 5-11, 210 pounds. That is a man among boys at the quarterback position in 6-Man football, and for an 8-Man QB as well, for that matter.

Martinsen runs around a 4.6 forty, doesn’t bench all that much weight, but can squat and deadlift 405 pounds. The lad’s football IQ is through the roof (he’ll need it for the 8-Man game), and the kid can throw the football 40 yards in the air, on the run, with accuracy.

His statistics last season as a junior were staggering. 58 of 75 passes completed for 1,285 yards and 31 touchdowns with only two INTs. In the horribly frigid 6-Man title game against Harvard, Martinsen hit 14 of 17 passes for 273 yards and 6 TDs, as Riverside prevailed 46-38.

Ty Martinsen also rushed for 1,669 yards in 2017, scoring 30 touchdowns. And the mind-boggling statistic surrounding those numbers?

The skillful Martinsen led the team in tackles last season with 86 stops. 53 were solo tackles, and all of them stung. Number 2 also pirated 4 enemy passes, one being a Pick 6 against Spalding Academy. He also caused 4 fumbles with his jarring hits, recovering 5 in all during the course of the 2017 season.

Just for fun (I guess?), Martinsen attempted 8 PATs in a 71-26 win over a good Wilcox-Hildreth team on September 1st. (Remember, a kicked PAT is worth two points in 6-Man football). He converted 5 of those 8 attempts and ended last season scoring 210 points.

…….and think back, Ty Martinsen played an average of only 2 quarters each game, excepting that Championship tilt with Harvard. Just unreal.

Fast forward to the present and prep sports fans will be asking if Riverside and Ty Martinsen will flourish in the 8-Man game of football. My answer would be that Ty Martinsen will have few problems adapting. The kid will present the same problem for 8-Man defenses as he did in 6-Man football. When he gets the ball, will he throw it or will he run it? If you commit to the run, he burns you with a throw to guys like 6-6, 210 pound Joseph Bloom. If you drop too many back in pass coverage, he takes off for at least a first down and then some.

Yes, there will be more players on defense for Martinsen to deal with, but the guy has the athleticism to counter that increased number of players and of course Riverside will have more bodies blocking as well.

There were a few occasions a year ago, in games I saw live, that it took five defenders to bring Ty to the ground. And that’s all but one in 6-Man football, friends.

And about Ty Martinsen’s assets as a runner. He can still plant and cut quickly, weave and maneuver in traffic with great vision, and really accelerate when making contact with a defender. And yards after contact…….good lord.

As a throwing quarterback, he can scramble, throw on the run if needed and spot a secondary receiver.

An excellent offensive line will be critical to Riverside’s success in the 8-Man game. The Chargers do return five players on each side of the ball though, have one of the finest, most innovative coaches in the game, and have Ty Martinsen on their football team. Plus, if you get players like promising sophomore Jeffrey Schmeits (448 yards in 2017) and basketball sensation Tredyn Prososki to provide some additional backfield punch, it takes some pressure off Martinsen and makes the Chargers a very scary offensive football team

On defense, once again you have the sure tackling, head hunting Ty Martinsen back to lead the forces and a head coach Joe Imus to figure out how to stop teams like Humphrey St. Francis and Twin Loup during the regular season.

I say Riverside 6-Man giant, Ty Martinsen will make a huge impact in the game of Class D-2, 8-Man football in 2018. Football is football folks, whether it’s 6-Man or 8-man. When you have an athlete as gifted as Mr. Martinsen, it doesn’t matter.

He will make an impression and leave his mark in 2018. Stay tuned.