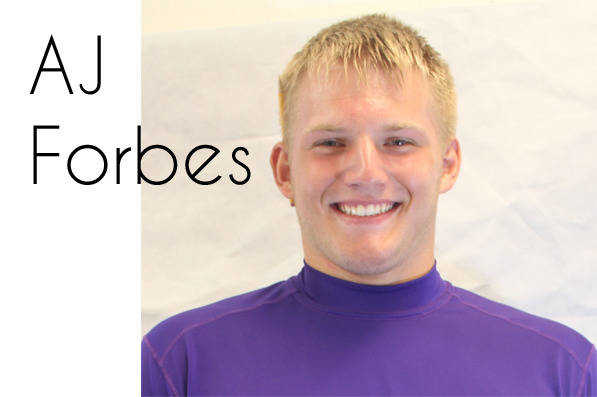 Fasten your seat belts my friends. We have an star studded cast for you today.

We are a 31 day month away from opening night. I can feel it already.

See those stats above? Boys Town played 12 games a year ago, making it all the way to the Class C-1 semifinals before falling to eventual state champion O’Neill. Davis missed 3 entire games, yet still accumulated some very impressive numbers.

TJ Davis, a Baltimore native, does so much more than his statistics reveal. South Dakota State must think so because according to Omaha World-Herald recruiting specialist Mike Sautter, because they offered a full scholarship to Ti’jaih and he accepted.

Hey, the Jacks up there have a nice team and Davis has plenty of experience at the defensive back slot, a position he has been a starter since his freshman season.

Every time Davis touches the football, opposing coaches cringe. I saw him play against O’Neill in the C-1 semifinals and this dude is just plain electric. Such athleticism and a deadeye, sharpshooter when he throws the football. How does a 70% completion rate grab you?

Oh, I nearly forgot to remind you TJ Davis ran a :14.9 110 HH, finishing 2nd in Class B at the State Track Meet last May and added a :39.7 in the 300 IH where he placed 3rd behind Jonathan Flight of Wahoo and Noah Vedral of Bishop Neumann.

New Boys Town head coach Chris Nizzi will do anything he can to keep this guy healthy in 2017. Special athlete.

Tough customer who piled up these impressive stats in 9 games. Mick didn’t have a carry in the 2016 season opener vs. Omaha North when Fred Petitio was trying to figure out the offense a bit. The hard running FB also missed the final playoff loss against Creighton Prep and the Mustangs could have used him that night.

This lad is rock solid and strong as the dickens. Benches 325, squats 420, runs a 4.5 forty and jumps 38”. Noah hits that hole in a blinding rush and can accelerate quickly to get downfield. Runs over defenders like Zander Gray but is 35 pounds lighter. Has to lead Class A backs with yards after contact, trust me.

It’s a real treat to watch Noah Mick in person. Astounding leg strength with the ability to keep those wheels churning after contact. Perfect fullback for Fred Petito’s offense and yes, Mick is a brutal blocker. You have to be solid blocker in the Mustang backfield as FB or you stand on the sidelines with the 1000 Yard Guy.

I doubt if Mr. Mick will have to be worried about his blocking up front this season. Yes, Mason Bogaz, Cody Ritterbusch and Justin Pederson have graduated but you know how Millard North does it with that O-Line…..just reloads and blows those hole open.

Might be frightening to think what Noah Mick and QB Cade Elwood can pull off in 2017 with a year under their belts.

Already a seasoned veteran, two year starter and only a junior. Also doesn’t hurt to have your Dad as the head coach, especially when the man was one of the best athletes of his day in both football and basketball. Glen Snodgrass also own a 139-56 career record coaching football. All systems go.

Young Garrett Snodgrass does just about everything you could during the course of a football game. Offensively, Snodgrass plays tight end, lines up as a wide receiver, takes the direct snap out of the wildcat formation and may even play quarterback and throw a nice pass a time or two. Tough to track #34 on any given play, even at 6-3, 205 pounds.

This young man has the perfect build for college football and could play a number of positions with his high gridiron intellect. Keep your fingers crossed because nobody is invincible when it comes to the injury bug, but Snodgrass is just the type of player that could go the distance during his prep career without a serious hurt, despite never coming off the field.

It could be a breakout season for this young man in 2017.

Telling you right now A.J. Forbes is the best 2-way lineman in the state. How many freshman start at any position for a Class A program? Forbes did. He is a 3 year starter in the offensive line for Michael Huffman and was added on defense last season because he was needed there.

Gee whiz is this guy is strong. Forbes can bench 330 pounds, squat 450 and deadlift 550 lbs. And the dude is quick off the ball and I mean quick. A.J. merely casts aside his blocker and gets to ball carrier faster than a one-legged man in a bootee kickin’ contest.

The thing football people love about Forbes is the fact he has a motor that just never shuts down. High octane man that always competes till the whistle blows and simply gets the biggest charge out of playing the game. You just have to love this kind of a player because they are leaders on the field and get everyone fired up.

Seems like A.J. Forbes has been to a gazillion camps and shows up at the top when it’s over. The man is going make some team at the college level a better squad if given the opportunity and as far as this season goes as a Thunderbird? Chalk up another dominating year for #57 on both sides of the ball and a Super-State slot.

No offense to Coach Hud at Boone or any of Dylan Gentrups teammates, but at times last season (aka O’Neill or Norfolk Catholic), this kid had to feel like General Custer at the last stand. Not much help at times.

Despite the occasional lack of blocking, Gentrup managed to be the only 11-Man underclassman to throw and rush for over a thousand yards. The kid is that good. Boone Central/NG did manage to go 5-4 in a rebuilding year and Gentrup did about everything for the Cardinals except drive the bus.

Dylan ran, he passed, played corner on defense, did the punting and returned kick-offs. The lad is a true Dual-Threat QB. He had a 31 carry/206 yard/5 touchdown performance against a good Wayne team and torched GICC through the air with his 12-17 for 244 yard/3 TD night to end the regular season.

No worries for 2017 in Albion. Boone has a proud tradition, one of the state’s premier facilities, a great coach, terrific Superintendent and the best fans around. And………..Dylan Gentrup.

Pure football player inside and out. No other way to describe Colton Feist. No brainer All-State selection the past two years for a Yutan team that was far better than you think. Last season, Feist and his Chieftains buddies went 8-4 and impressed every single team they faced. Yutan was also one step away from Lincoln, only to lose to eventual C-2 Champion Wilber-Clatonia, 19-6 in that semifinal game.

Almost every single coach that played Yutan had high praise for Colton Feist. Big, tough as nails strong and 4.9 forty quick, Feist just literally destroys ball carriers. He may be the most brutal defensive player I saw all of last season, regardless of class. Just plain mean and just loves to knock you into the middle of next week looking both ways for Sunday.

Wilber-Clatonia may have had one of the best offensive lines in sometime a year ago and Feist faced them twice and had 13 and 12 tackles respectively, 9 of which were solos each game. And who blocks 3 punts in a season?

Any one of three Elkhorn South defenders could have occupied this slot today. Besides Mr. Jennings, both Pilkingtons, Carson and Cade are very worthy. They will get their due before long in this series.

But as for Jared Jennings, a very physical linebacker and an honest-to-goodness hitter who just loves the game of football. Has built in radar for the football and is one of the few defenders I saw a year ago that can smack you in the shoulder pad area and make you see those green stars. If you played football and absorbed a brutal hit, you know about those little swirling green stars. No fun.

Coach Rosenberg calls Jennings “explosive” and if you have had the opportunity to see him live, you know exactly what he’s talking about.

That set of backers the Storm had a year ago with Cole Anderson, Carson Pilkington and Jared Jennings, was difficult to beat and two of those guys return this fall.

One thing that may set Jennings apart a bit from the others is the fact he is so talented at disrupting offenses. And when Elkhorn South has the ball, Mr. Jennings is a terrific lead blocker in that Rhino formation.