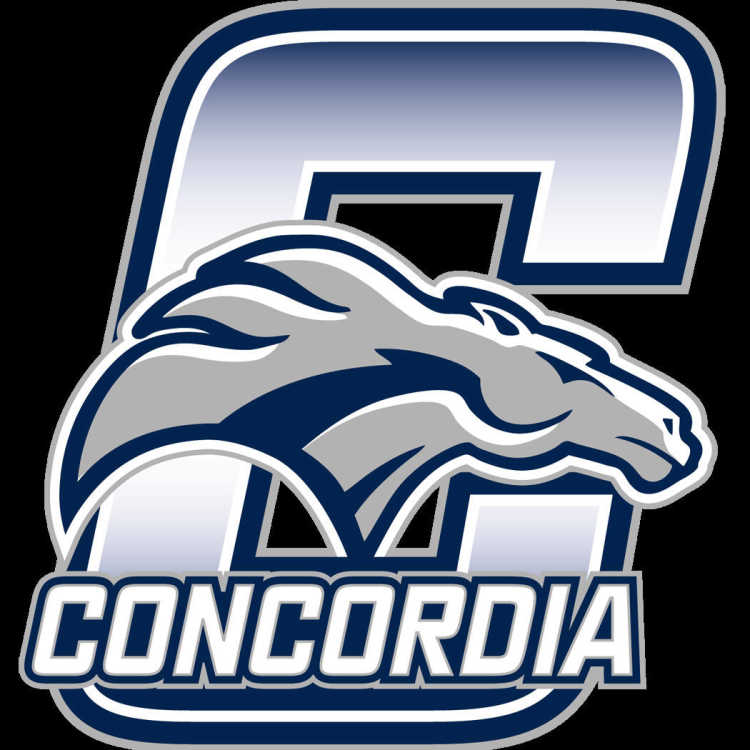 Omaha Concordia is currently 5-0 this season, its best start in school history.

Called due to lightning, the game was rescheduled for Saturday morning at 11 AM and Concordia was ready to rock and roll. Thompson ran for 130 yards on 20 carries and two TDs in the win that put Omaha Concordia at 5-0, the best record in the school's 10 years of football.

Thompson returned a kick-off 72 yards for a score and also caught a 39 yard scoring throw from Jayden Scott. The big play came with 5:07 left in the 4th quarter when 5-10, 155 pound junior Blake Hawkins booted a 29 field goal to send the Mustangs ahead, 38-35.

A couple of even bigger plays followed when the Concordia defense forced 2 timely turnovers in the final 3 minutes to seal the victory.

*Austin Stuhr-Henderson Heartland - The Heartland senior followed up his incredible 448 yard rushing night a week ago with 227 yards on 18 carries in the Huskies 58-0 thumping of McCool Junction.

Stuhr skipped in for TD runs of 45, 64 and 5 yards before retiring early for the evening.

According to MaxPreps, Austin Stuhr is 8-Man football's Leading Rusher in the entire United States. His per game average of 340/game is 70 yards/game better than his closest competitor.

I'll stand by my statement that this young man could start for any Class A school in Nebraska.

*Tyler Chadwick-Omaha Burke - Just another day at the office for the sophomore QB.

Alec Ellis caught 5 aerials for 110 yards, which included a 71 yard TD reception. Arnijae Ponder had touchdown runs of 6, 1 and 2 yards for the Bulldogs. Ellis now has 403 receiving yards for the year, while Ponder's rushing total increased to 399 with 10 TDs.

I'm going to scold Burke for having 135 yards worth of yellow hankies in the game, which included a player ejection. I'm sure this will be cleaned up for your run to the playoffs. Not worth the heartache in a big game, fellas.

It's as simple as this. Coach Frenzen calls the play, Johnson finds Egger in the end zone in overtime and the Vikings win the game over Boone Central/NG. Well, there's more to it than that.

With the teams locked up in a 14-14 stalemate and Lakeview short of time and a ways away from Boone Central/Newman Grove's end zone, QB Johnson finds Nick Dolezal with a 34 yard aerial strike. Johnson then rips off a 17 yard run to set up a last second FG attempt.

Boone gets the ball first, scores and now it's Lakeview's turn. The Vikings score to pull within 21-20 and Kurt Frenzen pulls a "Tom Osborne" and calls the two point conversion play.

QB Johnson ended up with 150 yards on 26 carries, while his counterpart, junior Dylan Gentrup finished the evening with 133 yards on 21 carries and a 59 yard TD scamper.

*Jesus Adame-Columbus High - Ice water veined, 150 pound senior booted a 25 yard FG with 15 seconds remaining to lift the Discoverers to a 24-23 win over Ralston on the road.

Big thing here is that Columbus was down in this game 23-15 with a little less than 5 minutes to go in the old ball game. Discoverer QB Michael Koch had other ideas and promptly scored on a 28 yard run to close the gap to 23-21, setting up the later heroics for Adame.

Koch ended the night with 80 yards on 11 carries and was strong through the air as well, completing 13 of 22 passes for 179 yards and a TD.

That moves those comeback kids from Columbus to a 4-1 record going into the Thursday night home frey vs. Omaha Skutt. I'll be there.

*Alex Kowalski, Masry Mapieu-York - Rugged senior FB/LB ran for 101 yards on 18 carries and scored from 2 yards out in the Dukes big East/West matchup win (20-11) over McCook. This young man is an intense football player through and through who gets irritated when things are not going as they should for his York football family.

Any coach would jump at the chance to have a dozen Alex Kowalski-types on their team. Love this dude's intensity.

And Mapieu........I cannot honestly tell you how many tackles this monster made, but what I can tell you is that he is improving every game and was nearly unblockable in the McCook game, shedding those blockers like water off a duck's back, then making the stop.

*Zach Schlager-McCook - What a slick quarterback. In that 20-11 loss to York, Zach ran 14 times for 123 yards and literally slithered and slid through that tough Dukes "D". Schlager also threw a neat 16 yard scoring pass to Hunter Potthoff in the game.

And speaking of defense, Schlager is one of the Class B's best linebackers with terrific lateral movement and a nose for the football....when it's in someone else's hands.

*Cooper Blum-Beatrice - Dual-Threat QB did it all in the Orangemen's 40-7 throttling of Omaha Roncalli Friday night. Blum rushed 13 times for 104 yards and reached paydirt with runs of 1, 1 and 56 yards. Blum also completed 9 of 13 passes for 117 yards.

On the defensive side, Cooper made 6 tackles and also snapped up a fumble, taking it to the house from 60 yards out.

Here's the deal on Mr. Blum. The dude is gonna take some heat for his touchdown to interception ratio, which is 5 TDs with 6 picks. But, three of Cooper's picks came at the hands of Elkhorn's ball hawking defense.

*Caleb Brown-Lincoln High - All Brown did was catch 3 passes in the Links 55-27 win over North Platte. But..the receptions, good for 166 yards, included TD catches of 53 and 75 yards.

CJ Jones was not too far back in the distance with 123 receiving yards, including a 72 yard TD grab.

Lincoln High used two quarterbacks in the game but sophomore Cedric Case was the standout, completing 11 of 13 tosses for 223 yards and a couple of scores. The Links blew that baby wide open when they came out smokin' after halftime, scoring 34 points in the 3rd quarter.

*Trevor Luzum-Exeter-Milligan - Certainly did his part to keep the Timberwolves in the contest. Luzum carried 39 times for 244 yards, scoring on runs of 1, 4, 29 and 3 yards. The outstanding E/M runner now has rushed for 748 yards on only 111 carries for the 2-3 Timberwolves.

Luzum is also one of 8-Man football's most dangerous return men, having brought both a punt and a kickoff back for scores. The dude is averaging 37.4 yards a punt return in 2016.

*Adam Wasserman-Fairbury - 6-1, 185 pound junior quarterback had a ton of fun in the Jeffs 42-14 win over Lincoln Christian. No. 3 is starting to make regular appearances on this list.

Wasserman threw only 9 passes but completed 6 and three of those went for touchdowns. Adam hit Tanner Novotny with scoring passes of 26 and 53 big ones. Anthony Moyer hauled in Wasserman's other TD pass, which covered 67 yards.

Wasserman also escaped for an 80 yard TD run in the 4th quarter and ended the evening with 176 yards passing and 61 rushing yards.

Lineman Adam Reikofski scooped up a fumble and returned it 62 yards for another Fairbury touchdown just a minute after Wasserman's 80 yard TD jaunt.

In 5 games this season, Adam Wasserman has thrown 68 passes, connected on 36 of those for 719 yards, 13 touchdowns and 6 INTs. The talented junior has also rushed for 307 yards and 4 more scores, made 19 tackles on defense, picked off 3 enemy passes, knocked away 2 others and recovered a fumble.

Wasserman also averages 41 yards a kickoff and is the Jeffs punter. He also conducts Advanced Algebra class on the bus when Fairbury is on long road trips.

1000 yard rusher, Jacob Johnson, who was injured in the Falls City game September 9th and missed the Auburn game altogether, returned to rush for 117 yards on 14 totes in the Christian contest. The junior sensation now has 460 yards in a little over 3 games and 2,644 in his career, along with 41 TDs.

In Freeman's 40-7 win over the Thunderbirds, QB Gramann hooked up with his WR-Weber for 3 touchdowns. The scoring plays covered 57, 14 and 14 yards as Freeman sprinted to a 34-0 halftime lead.

*Trevor Adelung-Amherst - Led his Bronco team to their 1st victory of 2016. Amherst football, who was hit heavily with graduated talent, finally found it's groove thanks to Adelung and friends.

The 5-8, 155 pound former wide receiver was called on to fill the big shoes of 2-time All-State QB Trey Taubenheim and has done quite well, despite suffering 3 losses.

In the Broncos 49-18 win over Overton, Trevor launched 31 aerials, hitting 18 for 258 yards and 5 touchdowns. That elevated his 4 game total to 1,001 yards with 13 TDs and only 3 INTS. In addition, Adelung rushed 16 times for 102 yards, made 3 tackles, made an interception, kicked 5 PATs and kicked off 6 times for an average of 43 yards a boot. No way this lad got teased if he fell asleep during the Husker/Northwestern game.

Adelung also completed passes to 6 different receivers in that Overton triumph and 5 of 'em had touchdown receptions.

Three sport standout Holden Eckhout grabbed 2 TD receptions to go with is 73 yards on 6 catches. Chase Pearson hauled in 4 of Adelung's passes for 62 yards and a score. Junior Collin Jaixen had 2 receptions for 43 yards and a TD, while Kalen Klingelhoefer pulled in 4 catches for 39 yards and the remaining TD.

Try getting the name Klingelhoefer on the back of a football uniform.