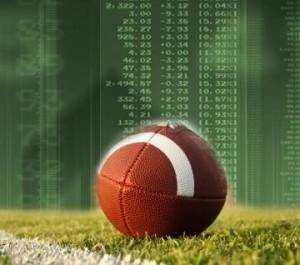 Another week in the books, another rushing record set and this one's a doozy. The record setter is no mystery man to anyone who follows high school football.

The lightning bolts raised havoc with football in the Panhandle last Friday evening, causing abbreviated games and postponements. Saturday in David City, the strikes and booms caused a 55 minute delay before the Class B Battle Royale between Aquinas and Neumann could be wrapped up.

The wait was worth it. Bishop Neumann, which consisted of white jerseys and silver pants, were so wet by the conclusion of the contest it appeared they were wearing all silver.

As usual, a bushel basket full of Heroes from this week's slate of Nebraska prep football.

Nichelson ran for 474 yards on 29 carries, eclipsing the old all-class 11-Man record of 464, held by Crofton's Tom Peitz. Peitz set the record against Wisner-Pilger back in 2011.

A list of career 5,000 yard rushers will appear at the end of this article to show where Trevor Nichelson is ranked.

That total is currently at an amazing 6,866 yards.

If my memory serves me correctly, Trevor Nichelson has been a starter in all 43 games of his career, although only on defense his freshman year to start. Still, this amazing football talent has averaged 7.8 yards every time he's rushed the football..... Which is 719 times.

Trevor has rushed for an average of 131 yards each game and averaged 5.8 tackles a game for those 43 Friday nights.

This 2016 Centennial football team, whose 5-0 record is their best since 1997, is averaging 298 yards rushing and 138 yards passing per game. I'm assuming you noticed the 4 underclassmen in that Offensive line. And to think big old Justin Heine thought this bunch of "kids" might be too young to grasp the new offense.

The real tests for the Broncos will be in the C-2 District 5 battles coming up the next four weeks. Sutton (5-0), Fillmore Central (3-2), Cross County (3-2) and Shelby-Rising City (1-4) are on the horizon. Cross County and Shelby/RC are far better than their records would indicate.

This is a good football team Evan Klanecky has there in Utica.

In the Junior Jay's 45-28 win over Papillion LV South, Hubner hooked up with junior Grant Matthies and senior Scott Brewer for two TDs each. Junior Drew Dunham and senior Joey Hagge caught had one TD reception apiece in the win.

Hubner ended the night by completing 14 of 26 tosses for 316 yards, giving him 1,355 yards through the air for the season.

*Max Mason-Scottsbluff - The senior RB scored 4 touchdowns in Scottsbluff's 35-7 pasting of GINW and had a 5th called back that covered 69 yards. This all came in half a football game. The contest was called at halftime due to continuous lightning.

Mason's TD scoring jaunts covered 1, 3, 7 and 12 yards. The splendid senior rushed 15 times for 101 times in the abbreviated game as the Bearcats scored on all 5 possessions.

Max Mason now has 950 yards rushing going into the big matchup with McCook this Friday.

*Hartington Cedar Catholic "D" - Two questions here. How do knock off the #2 team in Class C-2 (Battle Creek) without scoring an offensive touchdown? Secondly, how do you hold one of the most powerful offenses in C-2 to a meager 144 total yards (64 rushing)?

That is exactly what Cedar did in their 12-7 win at Battle Creek, where the Braves hadn't lost a home game since the 2013 semifinal loss to eventual state champion Doniphan-Trumbull (49-20).

Yes, Battle Creek did lose starting QB Josh Schick a week ago when he suffered a concussion, but still the staunch HCC defense held standout Battle Creek running back Wyatt Hamer to 76 yards on 29 carries. Factor in some QB sacks and you get the 64 total rushing yards for the Braves.

Yes, Cedar Catholic is up to NO. 2 in this week's Omaha World-Herald Class C-2 ratings.

*Kale Kleinschmidt-BDS - All-State RB converted to QB, tossed 4 TD passes in the Eagles 50-0 trouncing of Pawnee City, all in the first half. Kleinschmidt connected with Kaden Norder (5-10, 210, SR.) for TD passes of 46 and 15 yards. He also found 6-0, 210 pound sophomore John Christensen for TDs that covered 35 and 15 yards in the easy win.

Remember, the defending Class D-1 state champion BDS Eagles have dropped down to D-2 this season after finishing runners-up in D-1 in 2014. BDS, co-coached by Mark Rotter (184-59 at that school in 15 seasons), is currently rated #2 in D-2 behind Humphrey St. Francis, who is defending D-2 Champions.

I know what this dude is hoping for come November in Lincoln. How does a BDS/St. Francis matchup grab ya?

The rugged Mark Wortman coached running back now has 575 rushing yards in 5 games for Elkhorn, who is currently rated #2 in Class B behind..........you guessed it....Elkhorn South.

You think the venerable Mark Wortman isn't one of the best ever in the Nebraska high school football ranks? Coach Wortman has compiled a career coaching mark at Elkhorn of 331-74, made it to the Class B Championship game 10 times, emerging as the King in 5 of those Title games. The man has had ONE losing season in 40 years and that was last season when the Antlers went 4-5.

*Osceola Offense and Defense - How do you score 62 points in the 1st Quarter against a 2-2 Cedar Bluffs team? Think about that. If all the 62 points came on offense, that would be at least 9 touchdowns. That would take 9 possessions. No way.

What I do know is that the Bulldogs beat Cedar Bluffs 80-6 and scored only a TD a quarter the remaining 3 stanzas. I also know that 7 players carried the ball, 5 of them scoring TDs.

Not one back had over 8 carries, nor did any have over 55 yards, but all gained at least 19. Balance? Wow.

QB Cade Theis attempted only 2 passes, completing both for scores. Payton Watts had a TD reception of 17 yards while Garrett Fisher hauled in a 20 yard TD pass. Theis also had touchdown runs of 45 and 2 yards, while Watts toted the ball 3 times, scoring on two of those.

I also know that the Osceola defense had 8 takeaways in that blowout, 5 recovered fumbles and 3 interceptions. Nonetheless, an impressive performance by Coach TJ Nielsen and his Bulldogs, who are currently 4-1.

Osceola faces brutal road tests against unbeaten Fullerton (5-0) and #1 ranked Humphrey St. Francis (4-0) before returning home to face a current 1-4 Scribner-Snyder team before having a bye week before the playoffs.

*Kaden Reimers and Friends-Palmer - Tiger quarterback completed 14 of 21 passes for 257 yards and 4 TDs in a huge 54-14 win over previously unbeaten and #3 rated (D-1) High Plains.

Yes, High Plains All-State quarterback Thomas Young was taken off the field on a stretcher after the opening kick-off, but those Tigers apparently had a potent defensive plan in store for the Storm anyway.

This 5-0 Palmer team, currently rated #6 in Class D-1, has now taken care of previous #1 Burwell as well as #3 High Plains. This 2016 Palmer football team has been taking shape for 4 years and with Coach Nathan Glause at the controls, could have a strong say on who wins this Class D-1 (8-Man) title.

Cate, who has 383 yards this season, may be a key figure moving ahead for the 4-1 Badgers, whose only loss is to perennial South Dakota powerhouse Winner (0-48).

You think Winner, SD isn't a tough football team? These dudes have had only 30 points scored on them in their last 19 games.