#1 Omaha North wins the battle of Class A gridiron titans. 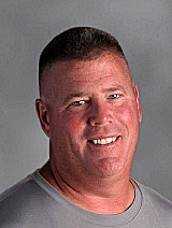 #1 Omaha North wins the battle of Class A gridiron titans.

The Omaha North Vikings left no doubt how prepared they were for this 2016 Class A opener as they defeated defending champion Millard North 41-21 in front of an estimated 4,000 fans at Buell Stadium.

On the very first scrimmage play of the new season, Omaha North quarterback Justin Jackson-Williams lofted a bomb to the only receiver running a pass route. The senior QB put the ball right on the money to senior classmate Zion Williams, who danced his way 72 yards for the score.

The Vikings would go on to hit paydirt on their next three possessions, stretching their halftime advantage to 28-7 behind a furious rushing attack buoyed by running backs Jordan Strong and Milton Sargbah.

Omaha North settled into their normal offense during their second possession, which began at the Viking 18 yard line

Big Jordan Strong bolted for gains of 18 and 11 yards his first two touches of the 2016 season to lead the way downfield. Then 5-7, 160 pound super back, Milton Sargbah demonstrated why he is one of the two best backs in Nebraska prep football, by skirting 32 yards for a the 2nd Omaha North score.

It didn't take long for Millard North to respond from the early shock, though.

Following the ensuing kickoff after the Sargbah score, Division One recruit Dylan Price left 'em strewn all over the Buell turf with a sparkling 67 yard TD sprint around the left side of the Viking defense. That TD jaunt cut the visitors lead to 14-7.

Omaha North would pick another score on with just a tick remaining in the 1st stanza on a one yard Jordan Strong blast.

The scoring didn't slow down to start the 2nd go-around either.

On the very first play of that 2nd quarter, rugged Alex Williford made a jarring tackle on Millard North workhorse Andrew Wine, jarring the ball loose. Williford then pounced on his caused fumble and the Vikings had a short 28 yard field staring them in the face.

4 plays later, Milton Sargbah appeared to be stopped in a mass of humanity, then suddenly burst through that pile, coming out of nowhere for a 14 yard Houdini-like touchdown.

Omaha North suddenly had a 28-7 lead.

The 8-Man football type scoring continuing on the following kickoff when the Mustangs Andrew Wine fielded the kick, followed his blocking, and flew 80 yards for the TD.

The Buell scoreboard read 28-14 with 10:42 left in the second quarter and my stat sheets were already beginning to fill up.

The defenses settled down following the early scoring blitzkrieg, Millard North began to tackle better, and the score remained 28-14 at the half with Omaha North on top.

Omaha North running back Jordan Strong injured a leg on his last 20 yard blast of the opening half and did not play on offense the remainder of the game, but did appear on defense in his normal DL spot.

Now the football game everyone came to see was taking shape. The Mustangs had just closed the gap to 28-21 with 10:11 left in the game.

Gray displayed his Dancing With The Stars feet on a 24 yard dash from the Millard North 47 to the 23 yard line. The drive however, ended with a D1 recruit Jack Begley's interception at the Mustang 6 yard line.

Gray would later score when Millard North failed to convert on a 4th and 5 at their own 11 with the clock reading 2:43 left in the 4th.

Zander took the ball three plays after the Vikings took over, plowing in from 3 yards out, refusing to leave his feet with Millard North defender draped all over him.

That basically salted the game away with a 34-21 lead for the Vikings, but with only 35 seconds left, Zion Williams picked off an Ellwood bomb, racing 85 yards for the Pic-6 for and the icing score.

Milton Sargbah's point after was blocked and Omaha North came away with the impressive 41-21 season opening win over Millard North.

Omaha North QB Justin Jackson-Williams completed 5 of his 11 tosses for 128 yards with a TD but suffered two interceptions, both by Jack Begley.

For Millard North, who uncharacteristically rushed for only 165 yards as a team, Dylan Price was the rushing leader with 88 yards on 6 carries, 67 of those coming on one TD sprint.

New quarterback Cade Ellwood completed 11 of 17 passes for 139 yards and a score. Seven of those aerials went to All-State WR Aaron Gerdes, who had 81 receiving yards.

These two Class A powers will meet sometime in the post-season, trust me. If you recall, Millard North was bumped by Millard West 42-7 in game two a year ago but rebounded to beat that same Wildcat team 21-14 for all the marbles at Memorial Stadium in Lincoln.

It is so strange to see Millard North without a dominant rushing performance from their quarterback, so stay tuned to see if that changes. Freddy Petito is one sharp cookie, but also keep in mind Larry Martin and his coaching crew have State Champion written all over them.