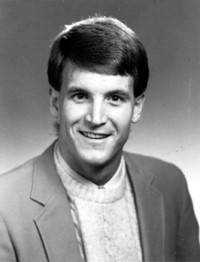 And you thought the 1981 Super-State 1st Team may have been the best ever? Check out the 1982 version. The names Trotter, Hoppen, Kellogg, Jackman, and Martz will be etched in stone forever in the halls of Nebraska high school basketball. When Bart Koefoed and Dana Janssen can't even make that Super squad, that 1st crew had to be special.

Here are the class by class State Tournaments at a glance in 1982.

*Surprisingly enough, Class D had no unbeaten teams in the 1982 State Tournament, but Maxwell entered at 23-1, returning Class D champ Hordville came in with a 22-1 slate, and Nelson carried a 19-1 record to Lincoln that year.

Not many picked against a Hordville/Maxwell finals match and a dream matchup between Hordville's Gary Shoup and Maxwell's Ken Dragoo. Between the two scoring machines, they averaged over 50 ppg and nearly 30 rebounds.

Hordville featured 3 juniors in their starting lineup but with Gary Shoup leading the way, the Bulldogs were destined to repeat. They destroyed Potter 88-40 and bested Nelson 64-48 enroute to that anticipated finals paring with Maxwell. The top seeded Wildcats drubbed Coleridge 75-51 in the 1st round, then embarrassed Spencer and all-stater Larry Wells, 92-62 in the semis.

In the finals, it was too much Shoup for Maxwell as Hordville secured their second straight Class D championship with a 70-61 win over the Wildcats. Twice all-state Gary Shoup had 23 points and 13 boards in the win. This would be the last time Hordville would ever play in the state tournament, as they soon merged with Polk to form Polk-Hordville. All 3 schools are now High Plains Community high school. Hordville was coached by Glenn Bouc and finished 25-1 in 1982.

*Grant entered the 1982 Class C State Tournament unbeaten and finished spotless as well. Led by the fabulous Super-State 6-9 Bill Jackman, the Plainsmen swept through Hastings St. Cecilia, Omaha Paul VI, and 24-1 Ewing 71-59 to nab the Class C crown. Jackman's 35 points in that championship contest vaulted him to the top of the State Tournament Career scoring charts with 214 points. Jackman also had 93 points for the 1982 tournament as the Plainsmen extended their win streak to 52 games.

Ewing had a couple of pretty terrific Tomjack boys on that '82 squad to go along with all-state player, Ted Sojka. Senior Jeff Tomjack and his little bro, sophomore Mike were very good athletes. Jeff went on to be a 3 year letterman in football for the Huskers and is now Dr. Jeff Tomjack, an OB/GYN in Lincoln.

*Class B was ruled by a group of Dragons......from Gretna to be specific. All-State senior Mike Carl led the way and a sophomore dandy named Craig Frahm was unveiled by those Dragons in 1982. Gretna entered the 1982 Big Dance with a 17-2 record, but could only muster a 6th seed in a strong field that included favorite Lincoln Pius X (21-0), Grand Island Northwest (22-1), Ainsworth (21-1), and a 19-1 Elkhorn Mt. Michael team. Tim Hoffman was in his 5th year at Gretna, but Ainsworth had 3rd year coach Larry Uhing, Mt Michael had Killer Kane, in his 18th go-around and Pius had a good one at the helm with 2nd year man Tim Anderson.

Gretna came to Lincoln with a 9 game winning streak and left with a 12 game string winning streak, plus a Class B title. The Dragons got by Ainsworth 51-44, then beat GINW 53-41 before knocking off #1 Pius X, 56-47 in the finals to gain their 1st state title since 1929. Mike Carl was one of three Gretna players to score 14 points in the finals. Carl led the Class B tournament scoring parade with 41 points.

*Class A's tournament had so many stars, but it was top seeded Lincoln Northeast, with legendary coach Ed Johnson, that seemed to be the real threat in 1982. The Rockets were the top seed with their 20-1 record and players like Dana Janssen and Kevin Cook. Northeast's only loss was a January setback to Omaha Benson and the Rockets key was balanced scoring, and a splendid playmaker named Mark Diaz.

With so many individual D-1 stars in the field, wouldn't you know it, a team with NOT ONE Division 1 recruit would take home the hardware. Northeast humbled a 12-8 Grand Island team 47-33 in the opening round, then routed Dave Hoppen and his Omaha Benson mates, while avenging the Rockets only loss in the 1981/82 season.

In the other semifinal game, Omaha Northwest's Ron Kellogg sank a buzzer beater shot in overtime to send Kerry Trotter and his Creighton Prep team to the sidelines, 56-54. In the finals, Northeast held off three time all-state Ron Kellogg and his friends, 61-54 to give Lincoln NE head coach Ed Johnson his 7th State Title.

Here's something to think about. The late-great Ed Johnson started coaching when Harry Truman was president. Yes, that Harry Truman. His Rocket teams won Class A titles in 1962, 67, 68, 70, and 1973. Ed Johnson was in his 32nd year of coaching in 1982 and had compiled 450 wins while losing only 175 times. His Rockets had made to Lincoln 16 times. In those days, that kind of longevity seemed rare in the high school coaching business. Back in those times, high school coaches were chewed up like tiny sticks of bubble gum and spit out in a hurry if they didn't pan out.

Ed Johnson is still my favorite high school hoops coach of all time to this day. He did things the right way.

Hordville's Shoup was a repeat selection and probably was easily Class D's Most Valuable Player, although some may side in with Dragoo from Maxwell and rightly so. There were some terrific underclassmen on the horizon like Maxwell freshman Dann Martin, Verdigre's sophomore sensation, John Pavelka, and Brian Maaske of Loomis.

*Safe to say Jackman and Stouffer were the studs of the 1st team, but the entire 1st five averaged 25 ppg as a unit, so the other three certainly weren't chopped liver.

Bill Jackman, of course went on to play college hoops at Duke for a year, then on to Nebraska where he played a key role on the 1985/86 NCAA Tournament team and the 1986/87 NIT team. Jackman also is still listed on the all-time single season scoring list in Nebraska high school hoops with those 765 he scored in 1981/82.

Stouffer was an outstanding quarterback for Rushville and ended up playing at Colorado State where he threw for 7,142 yards and 38 TDs in a 3 year career for the Rams. Stouffer played QB in the NFL for 5 years, all of which were spent as a Seattle Seahawk.

These days, Kelly Stouffer is a television color analyst for college football games for ESPN/ABC. And speaking of underclassmen lurking in the shadows, waiting to break out....check out Henderson. Sophomores Brad Buller and John Kroeker were getting ready to set all kinds of records for the Huskies in not only basketball, but football and track as well.

*Not too many sophomores make an all-state team in Class B, but Gretna's Craig Frahm was a worthy selection and would go on to great things for the Dragons. Ditto for Fairbury junior, Bruce Zabel.

*Just how good was this group? Omaha World-Herald prep sports editor Stu Pospisil rated them as the best 5 of all time. Just look at what these 5 gentlemen accomplished after their high school days.

How does that grab you? Convinced yet?

*Good grief, so strong was that first team, Koefoed couldn't even crack it. And Bart Koefoed went on to be a standout at both Kearney State college and Hastings College. Koefoed was selected as the 15th pick of the 5th round of the 1987 NBA draft by the Utah Jazz and went on to play for the Jazz from 1987-1989, Golden State in 1990, the Seattle Super Sonics in 1991-92, and the Boston Celtics in 1992-93. Koefoed actually appeared in 44 games for Seattle and scored 66 points and dished out 52 assists.

One impressive thing about Bart Koefoed was that the Jazz cut him in January of 1989 and he still made it back fought his way back into the NBA over a year and a half later when Golden State picked him up in October of 1990.