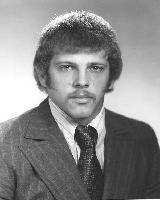 Some days just seem like Christmas, especially to a Nebraska prep football fanatic who finds treasures hidden on the sports pages of a Metro newspaper from days gone by. I've always had a few hard and fast rules to authenticate if a prep football player actually hit the 1000 yard mark or not. A newspaper account is certainly good as gold for this guy.

As in the case of a few of these treasures, a puzzle piece still remains when the story simply states that a youngster "had a 1000+ rushing yards for the season." A statement such as that is good enough for me to include the name on my Master List of 1000 Yard Rushers, but the search will continue as far as these lads are concerned.

Here are the 42 names I uncovered recently with a trip into the past. Sometimes you are just thrilled to find even half a dozen names but this time I hit the jackpot.

The new names, listed by year:

Larry Reissland-Pleasanton - 2,127 (Had him previously, but finally confirmed the total)

Johnny Rogers-Omaha Tech - 1,100 (Shame it took this long to unearth this one)

*Mr. Martin was one tough hombre for the Scouts on both sides of the ball, clicking on all cylinders his entire career.

Martin had a 3 year rushing total of 3,893 yards and a gazillion and 3 tackles for Coach Wayne Arnold. Bob Martin the Nebraska Prep Athlete-of-the-Year in 1972. The David City stud with the curly locks went on to shine for Nebraska, breaking into the starting lineup his sophomore season and had 65 solo tackles that year.

His junior season, Martin was an All-Big 8 Defensive End and was also Honorable Mention All-American according to Football News. In Martin's senior season (1975), the 6-1, 208 pound dynamo was a repeat All-Big 8 selection, and was selected to the Football News 1st Team All-American squad.

Martin was drafted in the 6th round by the New York Jets and played 3 seasons with that team. He finished up his NFL career the next season with the San Francisco 49ers. Bob intercepted 5 passes during his first three seasons for the Jets from his various linebacker positions.

The 5-5, 140 Bass was the first sophomore ever to be selected to a World-Herald Class "A" All-State Football team.

Pillen was an All-State QB at Lakeview for Coach Fred Kobza, earning 10 varsity sports letters for the Vikings. Jim went on to enjoy a nice career for the Nebraska Cornhuskers, starting his junior and senior seasons there. His junior campaign, Pillen led all defensive backs with 79 tackles, 44 were solos. Pillen led the Huskers to a huge win over Alabama in 1977, collecting 9 tackles and 2 making crucial 4th quarter interceptions.

His senior season (1978), Pillen started at Monster and recorded 64 tackles and recovered 2 fumbles in the Huskers in 17-14 win over Oklahoma. One of the fumbles was by Billy Sims. Pillen was selected All-Big 8 that season and was also First Team All-Big 8 Academic and First Team Academic All-American in 1978.

Don't forget, Jim Pillen's brother Clete was selected to the Nebraska Football Hall-of-Fame in 2003. Clete, you remember, played for the Huskers from 1974-76.

A Monroe native, Jim Pillen, now has a huge hog operation (at least one) and is a highly successful businessman these days.

I'm only hoping the next blast to the past is just as successful as this turned out to be. I started the 1000 Yard Club in 1975, so we will have to dive back pre-1962 in hopes of unearthing more names to add to the list. Through years of research, I have found the further back you go, the more difficult it is to find these names. Rushing statistics were just not that prominant back then. Very rare prior to 1960 in fact.