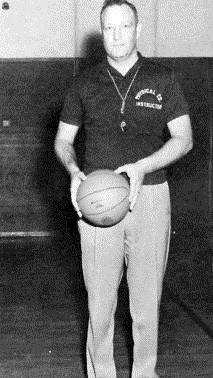 This is the 4th in a series of 50 years of all-state basketball and today we spotlight the 1967 high school all-state teams. I was a senior in high school that year and it was an interesting state tournament for sure. In Class A, a seldom used senior came off the bench to spark Lincoln Northeast to a state title as the Rockets beat Omaha Central 64-57. Class C produced the state's only unbeaten squad when Bassett rode the hot hand of Steve Davis for 29 points worth to beat hard-luck and unbeaten Bertrand. The Barry Sandstrom led Vikings lost only their 2nd game in as many seasons...both in the Class C finals.

Watching Sprague-Martell's Terry Egger lead his team to a Class D title, then hearing Don Forsythe say that a half dozen CLASS A coaches had told him their team would have won it all if Egger had been in their lineup. Egger WAS something else. Poetry in motion, man. And seeing a youthful Schuyler team nearly win it all except for a huge Duster road block in the path.......named Ivan Young.

Now, on to the 1967 All-State Basketball teams as named by the Lincoln Sunday Journal and Star.

*No contest in the final as Terry Egger scored 28 points, snared 13 boards, dished out 8 assists and had 2 steals as the Panthers beat Potter 67-41. Egger, who could have started for any Class A unit in the state, finished his career with 1,944 points and was just unreal when he hit the hardwood. Egger practiced shooting in his family's barn when it wasn't filled with hay. What a player. Egger averaged 29.8 ppg in 1967 and finished his career averaging 23 points every game he played for S-M. It was also reported that Terry Eggers ball distribution (passing) was unparalleled in any class. The dude pretty much did whatever he wanted on the basketball court.

Maywood's Tim Dodson averaged 26 ppg, rebounded like a fiend and was also an outstanding football player. Elmwood's Ferguson threw down 20.2 a game and was a great floor leader. Western's James Brueggemann shot 53% of his field goals through his senior season and led a pressing defense that caused havoc for SE Nebraska teams. He logged 35 points in a head to head confrontation with Elmwood's Ferguson. Naponee's Larry Malcom was unrivaled out West except for Maywood, and led his unbeaten Chiefs to the state semis before running into Egger and company.

*Another Finals heartbreak for Bertrand as Bassett remained unbeaten by downing the Vikings 58-49. Davis was the star for the Bassett, averaging 19.8 ppg on a balanced squad. He scored 29 in that championship game against Bertrand. The star of this mythical team was Sterling's Rathe. The 6-4 whiz averaged 28.4 ppg plus 18 rebounds and was regarded as the top college prospect in the state. His career total reached 1,880 points and averaged 20 ppg for that stellar career. The hard working Sandstrom, a longtime current Grand Island resident, averaged 21 ppg and 17 boards and rarely lost an inside battle to anybody. Osceola big man Alan Gissler was a dandy I saw play many times. The tallest member of this all-state team, Gissler averaged 26.2 ppg, 15 rebounds and 5 blocked shots a game too. The 65% shooter led his team to the state semis. Grant's Terwilliger was probably Class C's finest all-around athlete, excelling on the gridiron as well as the hardwood. Terwilliger averaged 23 a game which was 6 more than his junior year when Grant won the state title (1966).

*Schuyler's Jura, playing on a gimpy ankle and all, won the battle of the big men over Ivan Young, but Holdrege won the game with it's balanced attack, 66-54. The Dusters only loss in 23 games in '67 was to Class A Grand Island. Ivan Young was the star of this team, averaging 22 points a game and could have scored many more had his team not been so balanced. Young's shooting percentage was 64% for the year and pulled down 15 caroms a contest for the Dusters. Jura was already on his way to being a super star and a highly regarded college prospect. The 6-7 standout averaged 26 a game and snared 15 boards every outing for Schuyler's "Jolly Green Giants". The southpaw was never topped in a head-to-head meeting in the paint that I can recall in '67.

Broken Bow's Kingston, one of three all-staters form the rugged Southwest Conference, scored at a 25 per game clip for Bow. Correct me if I'm wrong, but I'm not to sure Kingston didn't grow up in Columbus like i did and was Scotus bound before his family moved to BB. Madison's Rabe was a member of Madison's 'Big Three" and the only senior in that elite group that included big Merlin Renner and Clayton Morlok. Rabe canned 19.9 a game scored 50 points in 2 state tourney games for Fred Letheby's Dragons. The final member of the '67 team, Minden's Bill Johnson, averaged 20.7 ppg and grabbed 16 rebounds. Johnson was the ring leader for a young Whippet team.

*Lincoln NE rode the 3rd quarter on a spark by seldom used senior, Jim Knight to come from behind and tame a torrid shooting Omaha Central team. Knight scored 9 third quarter points and pulled down some timely rebounds in the Rockets 64-57 victory for Coach Ed Johnson. Coach Johnson built his 1967 team around the burly Wally Winter, who only averaged 18 a game, but big Wally, a solid all-state football player, was a bull on defense and the boards and always came through when it counted. He scored 23, 24, and 25 in his '67 state tourney games and his 13 third quarter points of the title game sealed the deal for the Rockets. And of course Ed Johnson was simply one of the best ever coaches Nebraska high school basketball history. Omaha Central's Dillard, who joined the Eagles basketball team second semester of his sophomore season, was a deadeye shooting ace to say the least. The junior averaged 21 ppg and pulled down 22 board a contest. How often do you see that? Since Dillard had joined Central's squard, they won 22 of 24 games. Leading scorer on this all-star team was Benson's Leger, the 6-4 senior. Leger was a shining star on a rebuilding Benson basketball team. David Allen for Omaha South could just flat out shoot the rock, averaging 20 ppg his senior year and 17.7 for his illustrious career for the Packers.

Kearney's Heller rivaled Northeast's Winters for the best all-around athlete in Class A. The football all-state selection and interception leader averaged 23 ppg down the stretch for the 'Cats and led Kearney to the state semis before they lost to LNE. And Heller played on a bum ankle the entire stretch run.

The venerable Ed Johnson died in April of 1987 after a long, painful battle with cancer. A premier coach at Lincoln Northeast for nearly 40 years, Johnson's Northeast teams won SEVEN state titles in the 60s and 70's. Coach Johnson was inducted into the Nebraska High School Sports Hall of Fame in 1994.

My very dear friend Larry Porter wrote a piece on Ed Johnson when he passed. Larry was still the Prep Editor at The World-Herald at the time and wrote a phrase about Coach Johnson that will live with me forever.

Larry wrote: "I gazed down at Ed Johnson in his casket and he finally looked at peace, the painful expression he wore on his face so many months fighting the horrible cancer, finally gone.

Think about that. How this prince of a man who helped so many young men could be permitted to endure such pain makes you almost break down. What a true gentleman, a great basketball coach and true mentor of young men. It's a shame what he had to go through.

We will never forget Coach Ed Johnson, a true saint.