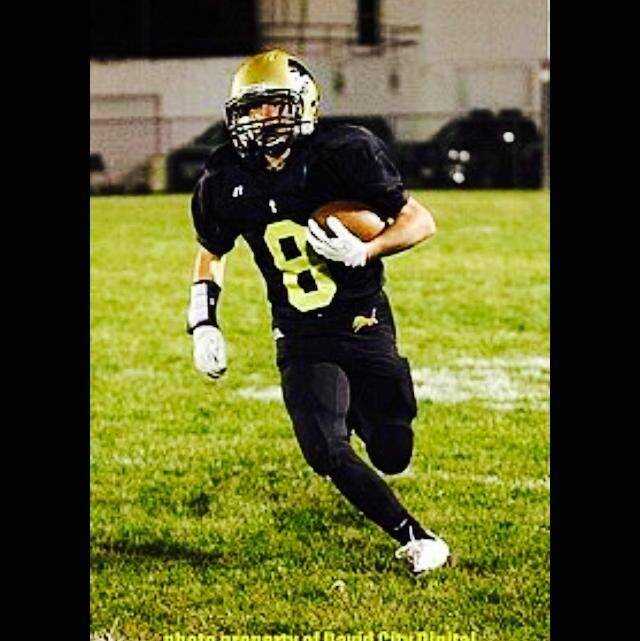 Once again executing the defensive coaching skills of Tony Smith and the offensive genius of Ron Mimick, Aquinas rode a dominating 2nd half of windy football to a 21-10 Class C-2 quarterfinal win over a very good Hastings St. Cecilia football team.

Limiting the potent Bluehawk offensive attack to just 172 yards of total offense for the game, only 54 in the second half, gave the Monarchs a chance to play the type of ball control football that has carried them to 13 straight playoff appearances, including 2 state titles and 1 state runner-up the past 3 years.

Fullback Lane Napier led the Aquinas attack with 136 yards on 25 carries and a touchdown, while also playing a dominant role from his LB position. Many of Napier's carries came in clusters that were all up the gut and heart of the St. Cecilia defense. Speedy, elusive 147 pound junior Noah Pelan added 56 yards on 12 carries and a slick 14 yard TD sweep that showcased the swift Pelan's wheels.

The game was full of bone crunching hits that caused fumbles by both squads, a rarity this season for either team.

More on this game later Saturday.