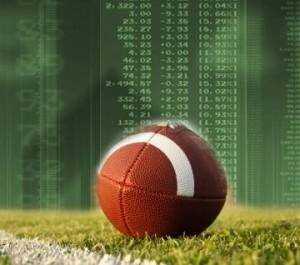 It was the dream match-up for a season opener that even the finest promoter couldn't have topped. A game that lived up to every single pre-season hype any sports scribe could written. This battle between two of the proudest and most successful Class C-2 football programs in the state resembled an NFL Black and Blue Division defensive clash between the Bears and Packers in years gone by. Two coaches pitted against each other with a combined career record of 327-142 at their respective schools. Only thing was, the invaders from the North, Hartington Cedar Catholic brought along 16 returning starters on their team bus. Ron Mimick's Monarchs, with 3 consecutive appearances in the C-2 finals under their belt, had 6 on offense and 4 on the defensive side of the ball. But at Aquinas, 10 returnees is enough to make this bunch a threat to be there when the season winds down.

The stage was set on a cloudy, cool evening with a football field that was pristine, but saturated with several inches of rain in just a weeks time. You just knew defenses would rule the battle.

On paper it looked like Cedar Catholic's experience might be able enough to lift the Trojans past Aquinas, who started a backfield that had a 147 pound QB, and running backs that weighed 135 and 147 respectively. Aquinas was already minus junior Kenton Kobza to a pre-season hamstring injury. Kobza won the Class C discus as a freshman and was 2nd last May in both the discus and shotput.

Aquinas received the opening kick-off and after the Monarchs first series it looked like Cedar Catholic might be able to stuff the Monarchs youthful ground attack. But on Cedar's opening possession, 2 time 1000 yard back Ryan Becker was met and wrestled to the ground for a 1 yard loss. Game on boys!

Aquinas did move the ball on their second possession fromthe 35 all the way the the HCC 19. The drive was buoyed by some tough running by sophomore Lane Napier, who started at linebacker the final 5 games of his freshman season a year ago. Coach Mimick called a rare pass play that resulted in a 25 yard strike from senior QB Trev Semrad to Napier. The drive ended when a shaky snap foiled a 37 yard field goal attempt by Semrad. The Trojans then fashioned a 14 play drive but the stout Aquinas stuffed the drive at the Monarch 18.

Neither team cold mount a drive in the half as the grass surface became slicker and the uniforms began to resemble one of those classic Bears/Packers muddy defensive struggles.

On David City Aquinas opening drive of the 2nd half, the home team took advantage of a short field and drove from their own 47 to the Cedar Catholic 15. This time the Trojan defense overwhelmed the Aquinas line to block a 25 yard field FG attempt and the scoreless battle of the C-2 powerhouses continued. The Monarchs were given a golden opportunity with 9:53 left in the 4th quarter when all-state basketball player and converted SE to QB James Kaiser couldn't reach a high snap and lost a fumble. Aquinas got the gift at the HCC 9 yard line but the Trojans stiffened and forced another FG attempt which was promptly blocked once again.

After Aquinas held, Cedar pinned the Monarchs back on their own 22 with a nice pooch punt. 3 plays later, Lane Napier coughed up the ball and the Trojans had the gift they were looking for all evening. On a 4th and 3 from the DCA 22, Kaiser fired a perfect strike to wide receiver Ty Becker. The lanky senior appeared to make the touchdown catch only to have the ball knocked away at the last instant by 6-3, 170 senior Nate Kovar. Remember that name.

On the very next play, the Monarchs Conner Kranda broke through the line and slipped tackles for a sparkling 12 yard gain. As Kranda was going down the ball was stripped and HCC once again had a shot to win the scoreless deadlock with 2:12 remaining. After a minus one rush and 3 straight incomplete passes, Aquinas took over and ran out the final minute and 11 seconds to send the game to overtime.

Aquinas won the toss and elected to go offense. After being sacked for a 3 yard loss on first down, QB Trev Semrad rolled to his right and fired a frozen rope bullet to a well covered Nate Kovar. The senior End/DB leaped high in the thick night air, snared the pass and did a 2 feet in bounds ballet to haul in the 13 yard TD pass. Semrad drilled the XP kick and Aquinas had the first points of the game. On their possession, Cedar Catholic gave the ball to Ryan Becker on first down, but the senior all-stater was stopped for no gain. The Trojans had their best opportunity on 3rd down. Fleet footed Tristan Steffen blew past Kovar to get open but when James Kaiser fired an on-the-money pass to Steffen, Kovar leaped high in the air to bat the ball away. Can you say MVP. A fourth down pass attempt fell harmlessly to the slippery David City football field and Ron Mimick's Monarchs claimed the hard fought battle.

On an evening where defenses ruled, Aquinas could only muster 136 yards of total offense, but it was the 4-6 for 38 yard passing night by Trev Semrad and the play of teammate Nate Kovar that stood out and lifted the Monarchs to the victory. Outstanding HCC back Ryan Becker was held to just 29 yards on 14 carries and the Trojans were just 2 of 15 through the air for 28 yards giving them a soggy night's total of 130 yards.

Once again, Aquinas spread out the rushing attempts between 6 different runners for their 98 yards on the ground.

So many young men stood out on the defensive side of the ball for both teams. For Aquinas, I applaud seniors Trent Smith, Jake Emswiler and Trevin Steager for their solid play. For Hartington Cedar Catholic players like Kaiser, Ryan Becker, Chase Kelly, Tristen Steffen and Jared Wiebelhaus caught my eye. Wiebelhaus was especially effective on offense with the bottling up of Becker. Number 22 ran for a game high 59 yards on 13 carries and ran very tough with so many yards after contact.

For Aquinas, it was an opening game I'm betting Ron Mimick didn't expect. On the other hand, you can always be certain that Mimick's players, green or not, know exactly where to be and what to do. On the other side of the field, it had to be a tough loss for Chad Cattau's Trojans. But those Cedar Catholic football players are tough as they come and will learn this loss, rebound and make it to that round of 16 when the C-2 playoffs roll around.

A game for the ages indeed and I was lucky enough to witness the classic battle. It's a shame there had to be a loser. Well done gentlemen. Another illustration of why high school football in Nebraska is the best game around.