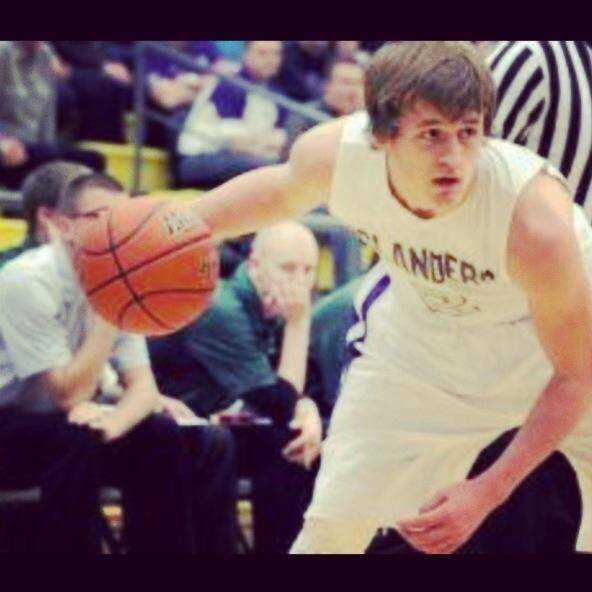 And now, on to the previews:

Coach Alex Bahe's Elkhorn South Storm steps up a class to play Class A Grand Island in the 10:45 tilt at the Heartland Events Center.

Elkhorn South is rated numero uno in Class B and 6th in the Omaha World-Herald's overall top 10. Only Omaha Benson, South, Westside, and Omaha Central are rated higher. The Storm is rolling over opponents by an average score of 71-46. This bunch gets after it when they hit the hardwood. The Storm had a few close games early on but have been punishing teams since the Wahoo Holiday Tournament in late December. Since that tournament the closest anyone has come to Elkhorn South is Norris (66-51). In the last 6 outings, the Storm has outscored their opposition by a margin of 73-38.

Elkhorn South is led by returning all-state guard Matt Thomas (#24), who is averaging 17.4ppg and is almost automatic from the charity stripe at 84%. Not far off Thomas' trail is junior guard Johnny Trueblood (#25) who is scoring 16.6 points a game. Also in double figures in that scoring column is one of my favorite players, J.J. Zumbrennen (#34), who is averging 12.7ppg. Zumbrennen is a 3 point shooting wizard, connecting on 49 of 99 shots beyond the arc for an incredible 49%. The Storm is averaging around 12 steals a game and rarely turns the ball over on offense.

Not too many faults you can find with this unit and Elkhorn South certainly has to be the prohibitive favorite to win the Class B crown this March.

Grand Island's 4-14 record is misleading to say the least. The Islanders were beat up on pretty good early by both Omaha South and Lincoln SE, but have been in every other game (but Kearney, 1st meeting) and often times led well into the second half. To see this team is to marvel at the fact how well they have done considering the physical makeup of most players on the squad. No real big man, although GI has 6'-6 Machol Chol and 6'7 Choul Biel on tap.

Both of these players are slightly built and are going to get out muscled at times inside, but both are fierce competitors in the paint, especially track distance standout Chol.

The Islanders have athleticism on the court which is a holdover from their outstanding football team. The one scoring star on this Grand Island team is junior sharpshooter Pierce Almond (#2) who leads the team with 15.6ppg. Almond, the quarterback on the hardwood, can stroke it from beyond the arc and is a demon on defense.

Here is my take on this match-up. Omaha Benson is the number 1 team in Nebraska and came into Grand Island January 25th with the intent of playing everybody on the squad, especially the 2nd five. Before the Bunnies could recover from their casual approach, the Islanders made a game of it and nearly pulled off the upset before falling to Benson 69-63 in overtime. I was there for the 2nd half and believe me, Benson was in a game they did not expect.

Elkhorn South cannot afford to take this contest lightly.......the Islanders have too much pride. Stay tuned, and don't pass this one up.

Once again, a game where Class C-1 steps up a Class to play a "B" school. Northwest may not have a stellar record to date, but if this teams puts their mind to it, the Vikings can be dangerous and cannot be overlooked.

Bishop Neumann of Wahoo is enjoying another banner hoops season under coach Mike Weiss. The Cavs know how to get to the post season, having won back to back State C-1 titles in 2003 and 2004 and were runner-ups in 2001 and 2005. Two years ago Neumann made it to the semi finals before losing to eventual state champions Boys Town. They battered Minden 70-51 for 3rd place the next morning.

The Cavaliers average margin of victory this season is 20 points (63-43) and will smother you with their ball hawking, trapping defense. The losses Neumann has absorbed have all been at the hands of good basketball teams and have all been 6 point or less defeats excepting Elkhorn South (48-62). Wahoo Neumann will be burning coming into this game having suffered an overtime loss to Class B Seward last Saturday and they play powerful Fremont Bergan the night before this GINW contest.

Neumann is extremely balanced in scoring, led by pinpoint shooting Zach Ahrens (#10), a 3 point shooting specialist among other things. Ahrens leads the team with a 13.3 scoring average. This is a veteran basketball group but has some talented young players like freshmen Jaxon Simons (#14) and Noah Vedral (#22). Vedral is a starter.

Sophomore (#24) Ben Simons (a starter) plays like a seasoned vet and has great bloodlines. This current Neumann has the talent to win a C-1 crown if all the cards fall just right.

The Northwest Vikings lost a wealth of talent from a year ago, but have enough returnees and some talented young players to make any team worry. I do the announcing at Northwest and have seen this team time and time again put together a good 1st half or a good 2nd half but not a full game. These Vikings are a heartbeat away from getting the puzzle pieces together for a monumental basketball game and Northwest has always liked playing at the Events Center.

The Vikings have been banged up this season but may be at full strength when Bishop Neumann shows up for this game. Northwest has an excellent inside game and is a tough team to score on in the paint. The Vikings may force Neumann to rely on it's outside game and slow the tempo down when they have the ball.

Northwest has a slick ball handler in Centura transfer Jason Shultis (#24) and two tough inside players in 6-6 Garrett Koepp and 6-4 Darrek McNelis. 6-4 Casey Dahlkoetter, who has been battling a leg injury, is one whale of an outside shooter for a big guy, and can work the dribble drive pretty well. Coach Ryan Rathke always has a solid game plan and can adjust well during the course of a game if needed. This baby may bde closer than it looks on paper.

Tomorrow we will spotlight games 5 and 6, which should be very, very good basketball games. The 4pm game is an one sweet match-up to say the least. Perennial power Norfolk Catholic will bring it's running, gunning game to the Events Center and try to slow down an outstanding C-2 power, Doniphan-Trumbull. D-T is one of the slickest hoops programs I've seen this season and is coming off a C-2 State Football Championship, same players on the hardwood as were on the gridiron. The 5:45 contest will pit C-2 defending state champ Southern Valley (17-2) against Grand Island Central Catholic (13-7). Southern Valley is coach by one of the best in the biz in John Miller, who knows the game inside and out and has his wife Sandy as an assistant. Most of us know that man/wife teams are rare and many times do not work out, but John and Sandy Miller are about as good as it gets for a married tandem in the coaching arena.

I might also add that GICC first year coach and Heartland Hoops Classic creator Tino Martinez has done a whale of a job in his initial season as head man. Tino has zero experience as a head basketball coach, but has coached Grand Island Home Federal baseball teams to greatness almost every summer and was Bill Gavers top assistant for years before taking the job this season. Martinez was one of the best shooters in the state when he played for Grand Island Senior High and knows the game inside and out. His assistant, Rob Micek is one of the best at what he does and actually took his Crusader reserve team to a varsity Holiday tournament and snagged a title by beating Giltner and GI Heartland Lutheran, two perennially tough Class D hoops programs. Two pretty smart dudes.