Once a Bonnie.....Always a Bonnie. 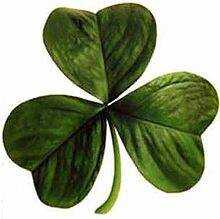 Sometimes feelings are so deeply imbedded in your soul they never leave your body. The days, the months and the years may pass, but those feelings never waiver, never go away.

I was born in Columbus. Born at a hospital only a few blocks from St. Bonaventure school. We lived at the corner of 11th Street and 18th Avenue. It was just a hop, skip and jump to St. Bonaventure grade school so when I was old enough, my folks let me walk to school and back. Those were trusting times in the early and late 50's, you see. My father and mother always claimed I was born with a football in my hand. When most kids were playing Cowboys and Indians and baseball, I had football on my mind.

The St. Bonaventure football team practiced on a empty field just a block and a half away from our house. Down the block, around the corner, down the block North and only one street to cross. Every single day after school I was there, a mainstay on the sidelines, daydreaming of being a Bonnie. The Green jerseys and Gold helmets looked so much like Notre Dame. After all, every Catholic youngster wanted to be Notre Dame when we chose up sides to play football. Rarely missed a day watching those Shamrocks (Bonnies, Irish) practice. Never knew any player's names then. The only ambition I had in life was to be like those big guys and play for the Bonnies.

I remember my dad buying me a little football uniform and a leather Notre Dame helmet. He knew the man that took care of the field at Pawnee Park and he would let us slip in every Sunday so I could imagine that I was running to glory for St. Bonaventure on that pristine grass.

In the middle of my third grade year the unthinkable happened. My father, a successful and well known Big Band leader, saw the end of the dance era coming and accepted a day job in Grand Island. My dreams of playing for St. Bonaventure were shattered and I never seemed to fully recover from the move. I would go back to Columbus every summer and stay with my cousin Tom and watch Jim Micek and those Bonnies go through summer workouts. Players like Davey Backes, Bill Shonka, Mike Costello, Tom Byrnes and the big horses up from that cleared the way; Tom Kretz, Gene German, Larry Dowd, Joe Pensick and my idol, "giant" End John Torczon. Big John tipped the scales at 206, but it seemed more like 256 to me.

I entered high school at Central Catholic and still wore St. Bonaventure sweat shirts to school which didn't set well with the senior football players nor the rough, tough priests we had at the time. So, later when I realized we would never move back to Columbus, I had one thing on my mind. If I couldn't wear the green and be a Bonnie the next best thing was to score a touchdown or two against them. My sophomore season I started for GICC and realized my dream. I scored on a 41 yard run late in the game against St. Bons, then the number 1 Class B team in the state. By watching me after the TD jaunt, you'd have thought we just won a state championship. In reality, it prevented a Bonnies shutout. My scored closed the gap to 47-6.

I recall going back to St. Bonaventure that basketball season. They were honoring all-conference football players at halftime. I was named "Most Promising Sophomore". That was the winter of 1963. I never returned to the school after that night......just couldn't.

Most people get over things like that as they grow older, but the dream never left. Not like I was obsessed, but I hung on to that wish throughout the years. It never left........was always there.....call it crazy.

And now, exactly 50 years later, thanks to a great head man named Coach Roger Kreinke, my longtime wish became reality. The 1000 Yard Guy, Bobby Mills (Micek), got to be a Bonnie for one very special night I'll never forget.