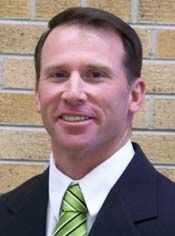 Not long ago sports writers were tossing around names for this class like "red-haired step child","left-over 11-man football class" and "I'll skip covering this one". In my humble opinion, Class C-2 for the most part has been an interesting class, especially since David City Aquinas dropped down from C-1 in 2005. This classification has certainly produced some football heavyweights through the years; Aquinas, Fremont Bergan, Cambridge, Blue Hill, Lawrence-Nelson, and Wakefield.

There seems to be a Top 3 Tier this season in C-2, and maybe even a team at another level at the very top. Going to be an interesting 2013 for sure

David City Aquinas - Might be the biggest test in a few years for Coach Ron Mimick as far as re-stocking the cupboard goes. Hold up all the fingers on your right hand. That's how many all-state players departed from last year's C-2 championship squad. It's happened before and the Monarchs always seem to reload. Here are a few reasons why I think Aquinas might be a cut above the rest, even this season. Ron Mimick for starters. 240-102 coaching record at Aquinas with 5 state titles. 26 game win streak, with the last loss to rival Fremont Bergan in the 2010 C-2 semis. 96-18 record since 2003. 58-4 record the past five years. One lonely regular season loss the past 4 seasons and only two setbacks the previous 5 regular seasons. The names of returning starters? Doesn't matter. Mimick always just plugs the next bunch into their starting roles. Always lightening fast, always knows the offense inside and out, and the execution is rubbing elbows with near perfection. That's Aquinas football.

I have very, very high respect for two coaches in this state..Ron Mimick and Fred Petito. They never waiver from their offensive plans. They just line 'em up and seem to say "here's what we're going to run, try to stop it.

*Sutton - Mustangs return their entire multi-talented backfield. The line will have to be re-stocked, but the key figures are there. Cole Wiseman (6-0, 180) might be the best C-2 QB in the state. Wiseman rushed for 1,862 yards, threw only 48 passes but still completed 29 for 727 yards. Wiseman might be the most complete signal caller I saw last season. He is also a fierce linebacker. Trae Ramers (coaches son) rambled for 1,239 yards and was also a terror on "D". This team is very well coached and everybody knows their roles. Cole Wiseman will make or break this group's title chances....he's that good. Just looking at who returns and who does not, it appears Sutton might have the upper hand if they were to meet Aquinas again, but that's on paper and I've never seen a game played on that type of surface. Besides, there is another "player" in this class.

*Doniphan-Trumbull - For a team that primarily likes to run the football, how outside does it seem to have a quarterback that passes for 2,394 yards and 30 touchdowns. Nooope, not a misprint. So, let's see, you have a RB named Jordan Slough who rushes for 2,274 yards and shatters the career rushing record at D-T in just 2 seasons and you have a QB named Riley Wiltfong that nearly hits 2,400 yards through the air. Looks like a state championship team to me except for the fact the Cardinals have to plug in some new lineman and contend with Sutton and Aquinas. Might as well tell you right now Doniphan-Trumbull has a home date with Sutton October 11th...get there a day early. D-T does have some offensive limeman returning but the defensive line might be a concern to begin the season. By the way, if you haven't seen Slough run, better get there. #3 is just one of the more exiting, witty running backs I've seen at this level in a while. Only team that put the stoppers on him was Sutton.....hmmm.

*Oakland-Craig - How does 18 players returning who have starting experience and a junior RB who gained 1,750 yards grab you? The Knights have been in the limelight before and head coach Joe Anderson has too. 5-10, 170 pound Nick Arlt is quite the player on both sides of the ball. As a sophomore, he was listed at 148 pounds and racked up all those stats as a lightweight. But Arlt is a state champion wrestler (145 a year ago) and is solid as a rock and strong as an ox. Kinda like the prospects that quarterback Matt Nissen brings to this team. Nissen missed all of last season with an injury, but a few coaches from that area have indicated he is the real deal. The Knights will have to knock heads with those "other" Knights (Archbishop Bergan) in their district. Keep an eye on this bunch.

*Fremont Bergan - If you are Aquinas' biggest rival, that tells you something about Bergan. The Knights have 16 of 22 starters coming back and that spells trouble for opponents. Bergan always has a lethal air attack and if sophomore Luke Kerkaert can pick it up right away, he will have some explosive wide receivers to throw to in Tanner Boggs and Logan Bovill. These Boggs kids are never very big, but play with the heart of a lion. The current Boggs had nearly 800 yards receiving in 2012 and has hands like glue. They did lose a splendid 1000 yarder from a year ago, so an able replacement would help balance that passing attack. Always, always a top notch team though.

*Lutheran High NE (Norfolk) - All you have to know about this program being "legit" is to look at the two scores going head to head with Aquinas the past 2 seasons. Last year, Aquinas escaped with a 42-41 OT playoff win and the year before the Monarchs had to grind out a 14-7 victory, also in the playoffs. Now the Eagles did lose 7 starters on offense and 6 on defense, but they do have some skill players returning. Two that come to mind would be Shaka Taylor (5-10, 170) and big old Ryan Freudenburg. Now, Taylor is the type of athlete that is good at everything he tries. Not sure, but I hear they will move him to QB this fall so he can run the show. He is also capable of doing a great job at RB and WR. He will have the pleasure of running behind a 6-4, 295 Freudenburg who is a man on both sides of the ball. Another name that you will be familiar with is Miles Kant. Kant has been effective at tight end and I assume he plays rush end on "D". Eagles will have to plug in a new backfield to run behind Taylor.

*Crofton - The Kings of the tight Double-Wing rugby scrum type offense and the Warriors do it well. No worries about somebody to run the offense because Alex Jansen will be starting his third year at the throttle. Tony Hoffman, who is a splendid coach, returns a little more than half his starters and anybody that competes in C-2 District 6 will need that. Besides Crofton, Battle Creek, Hartington CC, Atkinson West Holt, and Lutheran High NE are in this baby. Anyone know of a tougher district in any class? To me, Crofton's trademark has always been their stingy defense and that should be a strength this year as well. Can beat 'em if you can't score on 'em, ya know.

*Atkinson West Holt - All things begin with Mr. Everything, Josh Coyle. What a thrill to watch on film, and I'm finally getting a chance to see this kid when West Holt plays at Twin River Sept. 13th.

Coyle, who is up to a rock solid 205 now, has put together seasons of 1,704 yards (sophomore) and 1,884 a year ago, is also a feared man on defense. Steve Neptune can use a number of different offensive formations for this team and you'd better keep an eye on Coyle because he is interchangeable at almost any offensive skill position. Thing that the Huskies will have to do is have some young lineman come through this fall to open the holes for Coyle. If that part clicks, look out.

*Hartington Cedar Catholic - This team is always in the hunt. Trojans return a 1000 yard rusher, Ryan Becker (1,030-jr.) and a huge bulldozer in Connor Wieseler (280 pounds). And remember Wieseler was hurt right before the mid point of the season a year ago and HCC still did well. Fairly young team but will be competitive.

*North Platte St. Pats - All you need to know is that Kevin Dodsen is head coach. Handsome, classy man who knows his football and turns out winners year after year. Looking at my roster from 2012, looks like the Irish return a tad less than half of their starters for 2013. Solid bookends on defense will really help this team. Never worry too much about St. Pats.

*Hershey - St. Pats rival snuck up on C-2 a year ago and made it all the way to the quarterfinals. Ask a stingy Blue Hill defense how good this team was a year back. Watch for a Back named Gaige Marshall, who ran for 695 years a year ago and is a dangerous return man. Faaaaasssst. Ryan Smith is an outstanding coach like his daddy Reggie.

*Hastings St. Cecilia - Doesn't matter as long as my former backfield Carl Tesmer is coaching...the 'Hawks will always be good. I hope Tez coaches forever! They'll give Sutton and Doniphan-Trumbull fits. Not many have a history of success like St. Cecilia. Tesmer is a 300 win coach and was a great QB with me when I was at GICC.

*Ponca - Indians will be good, and will be led by outstanding QB Aaron Carlson. This bunch will have some great talent in the trenches. That alone will do you wonders.

*Blue Hill - Great coach (Scott Porter), stingiest defense in C-2 year in and year out, and return all-state wide-out Mitchell Ruybalid, who caught 36 passes for 880 yds and 12 scores (24 per catch).

*Southern Valley - 16 returning starters one of whom is Dylan Brooks (FB/LB).