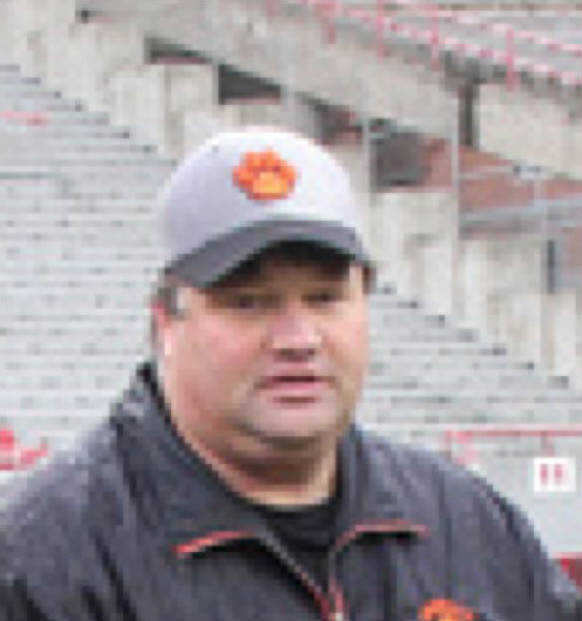 This is the largest of the two 8-man football classes and naturally features the heavyweights of that game. Oh yes, it's possible that this class might not necessarily be loaded with top notch talent but that certainly isn't the case for 2013. That might be an understatement to say the least. Let's just put it this way, there might be some awfully fine football teams that do not even advance to the quarterfinals.

Let's jump right in with the look of this class and give you our view of how things just might transpire come playoff time. Once again "The Magic Circle" is the epicenter of the toughies in this class.

A year ago Elgin/Elgin Pope John defeated a young Exeter-Milligan squad 40-14 in the D-1 championship.

*Exeter-Milligan - For a young bunch, this team played like seasoned veterans a year ago. Biggest loss I can see is Robbie Androyna, who was as good as it gets, especially on defense, but there are 6 players on each side of the ball that were key players a year ago. What a defense! Nolan White is an excellent quarterback and linebacker, Kyle Jensen (Jr) just missed a 1000 in 2012, and James Sluka round out an excellent backfield. But it's the defense that coach Dean Filipi has fashioned that carries this football team. Kinda reminded me of Guardian Angels, only a lighter version. When you lose only FOUR seniors off a state title game team, you have something. Look for the Timberwolves to have a great season, but they won't be able to sneak up on anyone this time.

*Elgin/Elgin PopeJohn - Talk about a team losing starters to graduation. The Wolfpack have ONE player returning from last year's D-1 championship team. But..that returning player just happens to be a junior-to-be who has already logged 2 starts in State Championship games. 6-0, 185 pound Kyle Heitoff is one whale of offensive lineman and an even better linebacker. To make things more interesting, last year's head man Carlie Wells moved on to a new gig. That's the not-so-good news, but the good news is assistant coach/defensive coordinator Randy Eisenhauer will take over the reins. Eisenhauer is a good one and employs one of the most hard-to-solve blitzing defenses in 8-man football. Despite being hit hard by graduation better not write this team off as far as a deep playoff run is concerned. This bunch knows how to play football, period. Always has.

*Creighton - Holy Jumpin' Blue Jays, is this team poised for a run to Lincoln? Wow! 5 starters coming back on offense and six on defense. Jacob Morrill, who is pursuing his 4th straight 1000 yard rushing season, keys the offense. How about the size of these Creighton lineman; at 205 pounds Ian Futchman is the "lightweight" of the crew. Lining up beside him is Lane Jacobson at 230, and the Blue Jays have other lineman who weigh in at 240, 240, 245, 245, and 285. I'll bet Morrill is licking his chops to run behind these boys. This team was hit hard by injuries a year ago and bowed out of the playoffs far too early. Frankly, I'm thinking if Creighton can stay away from the injury bug, they will be very difficult to beat. Hungry team with all the tools.

*West Point Guardian Angels C.C. - Tell you what, when I saw this team play against McCool Junction a year ago, this may have been the roughest, toughest most fundamentally sound team I saw in 2012. Honest to Pete, their defense actually looked like a group of hungry wolves circling a prey. Never witnessed a bunch gravitate to the ball like WPGACC. Of course they ran into Howells-Dodge the next round and lost. A team with the name "Howells" is the only school to beat this bunch during the regular season the past 3 regular seasons. The Blue Jays always have reserves that log a ton of playing time because the starters score a gazillion points. As usual there will be a couple of Hass boys in the backfield and this team will have the luxury of employing the services of not one, but two talented quarterbacks in Eric Weitfeld and Isaac Kreikemeier. Circle October 11th for that WPGACC/Howells-Dodge battle.

*Howells-Dodge - This may be the biggest test super coach Mike Speirs has had at Howells since his first season there. 4 starters return on both sides of the ball for the Jaguars, but I know the line might be a concern early in the season for Mike. Junior Jesse Faltys will be the next 1000 yard runner for this team and is also a ferocious hitter on defense. Veteran QB Casey Wisnieski, a Dodge product, returns to direct the offense. Yes, some of the youngsters will have to come through for the Jaguars, but face it, Mike Speirs is the best in the business. Love this guy and the way he does things. If there was a high school football heaven Speirs would be there and canonized a saint right now. No way this team is not going to contend. If there were ever a modern day dynasty, Howells would be it.

*Overton - Man did former coach Glen Snodgrass ever leave a mark at this school. Here is a prime example of a program that thrived after a top notch head coach departed. If you think the Eagles won't be good this year, you better reconsider. How about SEVEN starters returning on both sides of the ball. Overton went 5-4 in 2012, but lost to 4 top notch teams (Loup City twice). I like Hayden Cahoy, who is just an outstanding all-around athlete. He gained 902 ground yards and was a fine safety. The Eagles line will be one of the best in D-1 and should open up things on offense and limit the run game on "D".

*High Plains - Lost a stud to graduation in Tanner Fate, but have Logan Fleming back and Cole Klingsporn, who was injured some a year ago. This group of players have been athletes since they were freshman and have tasted success on the hardwood. They will need to develop a line.

*Freeman - They'll miss Austin Ruskamp but have 6 returning starters on both sides. Isaac Frerichs will be back at QB and has a wide receiver named Derek Zimmerman who can jump to the moon. Lots of skilled folks at Freeman. Falcons know how to play football. Have ever since Ken Cook was roaming the sidelines at Adams. Cookie!!!

*Palmer - Loved this team in 2012 for the simple reason they played 4 afternoon games and are only 25 miles away. Sure like Kordell Glause, who is an outstanding QB/DB and leader. Head coach is Nathan Glause and those Glause boys know how to play football. The Tigers will have a BIG line friends.

*Hemingford - I sure would like to see a team from the West go deep in the playoffs. Bobcats went 9-1 a year ago and were buoyed by an all sophomore backfield. Matthew Wood is the QB, 1000 yard man Ethan Skinner one back, and Brady Turek is the other. This group of youngsters helped Hemingford average 61 points a game in the regular season.

*Randolph - Good bloodline names on this team....Seth Lackas, Dylan Loberg, Nolan Nordhues. Have to stay away from injuries (as if you have a choice). Like this team a lot.

*McCool Junction - Lost a ton (as in Jac Bailey) but still have nice players coming back (Chase Chrisman). These guys know how to win. and Chrisman will be a star.