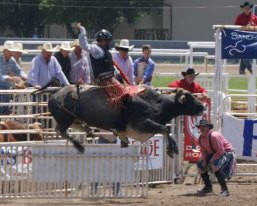 *Sage Gideon-Burwell - All-District quarterback connected for 320 passing yards in a 43-14 win over Chambers/Wheeler Central. Gideon has thrown for 894 yards in 2012 after hitting 57% of his passes for 1,579 yards and 19 TDs a year ago. Two year 1000 yard rusher Alec Galvin helped out the cause last Friday against CWC by running for 148 yards and a score. Galvin is on his way to a 3rd straight thousand yard year with 782 yards thus far in 2012.

*Jordan Slough-Doniphan-Trumbull - Rushed for 150 yards on only 10 carries in the Cardinals 67-0 thrashing of winless Superior. Slough, a junior, scored twice and now sits at 927 yards rushing for the year. The Cardinals face unbeaten Sutton in a C-2, Top 10 match-up this Friday in Sutton. Tough assignment for DT.

*Brandon Fletcher-Maxwell - The 5-11, 155 senior rushed for 152-10 carries in the Wildcats 62-6 win over a short on numbers Sutherland squad. Fletcher is also a terror on defense where he logged 88 tackles a year ago.

*Thomas Connely-Kearney Catholic - Had a 124 yards rushing, 105 yards receiving, and caught Td passes of 11 and 88 yards from Abe Clinch in the 27-0 win over Minden. And those linebackers, Alex Lowe and Connor Streit! Boy do they make a life miserable for offenses with their blitzes and vicious tackling. All Western Nebraska Class C-1 eyes will be on Cozad/Kearney Catholic this Friday.

*Zach Mann-Brady - Punished 4-1 Wallace with his 216-30 carries and TD runs of 10, 46, 8, 42 runs. The QB also passed for 107 yards in the 42-26 win. Watch out for this Brady bunch, who just had some key players return from injuries. The Eagles improved to 2-4 and can now enjoy better offensive line with the return of center Matt Litzenberger. Wallace, who started the season on a 4-1 note is now going the opposite direction with injuries. After starting the game with only 12 of it's 19 players, the Wildcats lost quarterback John Marquardt to a leg injury in the 2nd half of the Brady game.

*Tyler Viers-Twin Loup (Sargent/Loup County) - Solid RB ran for 268 yards on 34 carries in a 28-20 loss to Elm Creek. So, here's the story on Viers. Last year, he played for Sargent, who won the State Class D-2 championship by beating the mighty Howells. Well, Viers played behind 2,036 yard rusher Jed Fenske and Tyke Kozeal, who ran for 819 yards. Still, Viers rushed for 638 yards and 8 scores. It only took one game this season for #15 to get untracked. After rushing for 26-7 carries against CWC, Viers ripped of games of 154-25 aginst Mullen, 301-28 vs. North Central, 239-34 against Palmer and the 268 last Friday. That's 12 short of a thousand, folks. I think this young man is going on my list of backs to watch.

*Foster Zlab-Wilber-Clatonia - Lightning fast QB shocked Lincoln Christian in a 35-7 win by passing for 207 yards and three scores. The TD passes covered 90, 26 and 11 yards. Zlab also ran for 109 yards and scored on a 5 yard run. Wilber-Clatonia is rolling along at 4-1 in C-1 after moving up from C-2 a year ago and should be 7-1 when the regular season is over. This team has speed to burn. Will the Wolverines ever run out of Zlabs? And they're all faaaaaast.

*Clester Johnson-Bellevue West - Johnson had a monster 191 yards receiving in the Thunderbirds 50-22 win over Omaha South. Johnson had TD receptions of 63 and 31 yards in the "W" and also returned a punt 70 yards for another score. Johnson now has 559 yards receiving for the season. I really miss my old buddy, John Faimon who passed away this summer....what a great coach for Belleveue West for so many years.

*Travis Brouilette-Hastings St. Cecilia - Wasn't even supposed to play against Sutton, but toughed it out for 137-26 carries in a 14-6 loss to the Mustangs. Pretty simple at St. C's. Who ever inherits the I-Back position is almost certain to be their next 1000 yard rusher. You think that offensive line blocks?

*Tom Schneider-Lincoln Pius X - QB ran for 150 yards and scored on 23 and 28 runs in the 'Bolts 31-0 whitewashing of Lincoln East. Schneider also a 23 yard TD pass to Noah Applegate in the win. Schneider has run for 5 touchdowns the last 2 games. New to Class A this season, things get serious the final two games of the year when the Thunderbolts host Lincoln SW and Lincoln SE.

Dylan McConville - Southwest - Check this out for durability. The 5-10, 180 pounder carried the ball a staggering 54 times and ran for 334 yards, scoring 5 Tds in the Roughriders 50-38 loss to Alma. Oh yea, the 8-Man single game record for most carries in a game is 56, held by Jordan Crawford against Pleasanton in 2001. State record is by facebook buddy Drew Wagner of Madison. Drew had 59 carries against Columbus Scotus in 2008 and 6 days later I saw him carry it 40 times in a game with David City. 99 carries in less than a week. Drew said he was a "little tired" after the DC game. I wonder why? I had 36 carries against St. Cecilia in 1966 and thought I was going to collapse.......lightweight!