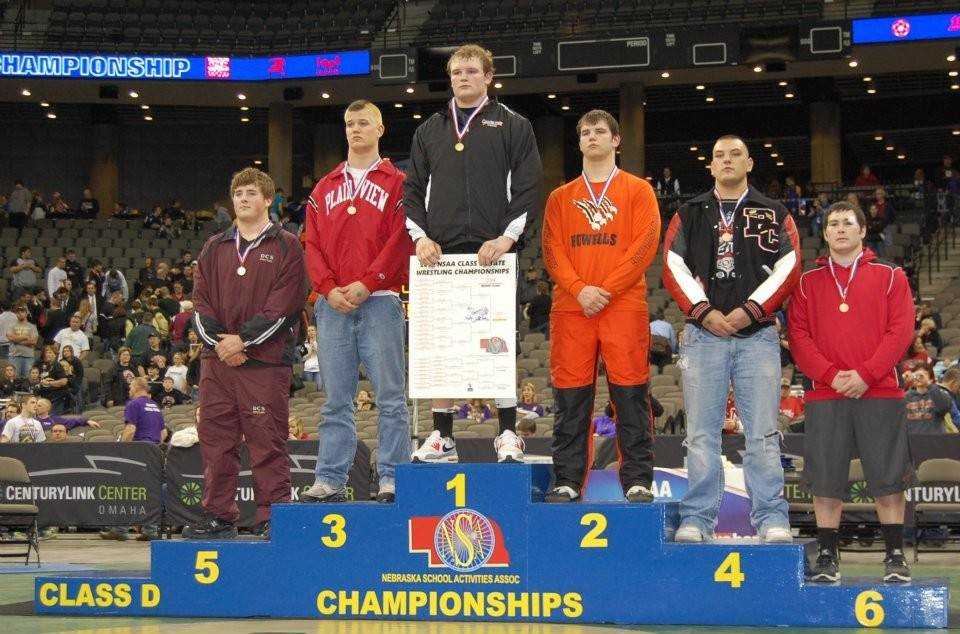 That time of year in high school sports is once again upon us. With the completion of the State Golf Championships, the 2011/2012 high school sports season comes to a close and with that arrives the task of choosing an Athlete-of-the-Year.

I would not dare to touch this award, especially the girls side, but for years my wife and I have ventured guesses on the who would win the coveted prize in both the Omaha World-Herald and Lincoln Journal-Star newspapers. WeˇŻll leave the ladies to the very capable duo of Mike Patterson of the World-Herald, and Ron Powell of the Journal-Star. Both are wily veterans at this task and Powell is a graduate of Grand Island senior High, so he has to be a wise man. As far as the guys are concerned, you just donˇŻt get anymore capable than the World-HeraldˇŻs Stu Pospisil and the Journal-StarˇŻs Ryly Jane Hambleton. Between the two of them I calculated they have nearly a gazillion years experience. If you arenˇŻt up to snuff on that measurement, it meansˇ­ˇ­ a bunch.

Here is what makes this 2011/2012 year so unique in my opinion. The number of Class A male athletes to choose from is a small pool indeed. It is so small that if I had to come up with one name in 5 secondsˇ­ˇ­well, it wouldnˇŻt happen. This opens the door for 3 lower class athletes, 2 of which come from the 8-man football ranks. I really think that you may see Drew Ott of Giltner, Jed Fenske of Twin Loup, and Mike Shoff of Cambridge named as finalists. All have Division One athletic scholarships. Ott is an Iowa football recruit, Shoff a South Dakota football signee, and Jed Fenske has been given a University of Nebraska wrestling scholaship. Ott and Fenske played 8-man football, and Shoff and his Cambridge buddies played in C-2 11-man.

Here are my guesses for Athlete-of-the-Year nominations that should begin Sunday in both the World-Herald, and Journal-Star newspapers. Remember, it usually takes a standout 3 sport athlete to win this coveted award:

Josh Banderas - Lincoln Southwest 4 star Rivals linebacker is headed to Nebraska on a football scholarship. Banderas was also a standout hurdler, winning the 110 Highs and finsihing 2nd in the 300IH last week at the State Track Meet.

Jake Schany-Blair - Ohio football recruit was a World-Herald Super State selection at linebacker and also rambled for 1.302 yards as a running back. Schany was this yearˇŻs 170 lb. Class B wrestling champion, and 2011ˇäs 145 pound champ.

Andy Janovich-Gretna ¨C Husker FB recruit was World-Herald Super State linebacker, gained 800 yards as a RB, and was the 220 pound state Class B wrestling champ this spring and 189 pound champ in 2011.

Tom Swanson-Grand Island ¨C World-Herald Super State lineman last Fall, and won the Class A shotput in last weekˇŻs State meet. He was also 3rd in the Discus. He is a D-1 Navy track recruit.

Tay Bender-Lincoln Southwest ¨C The multi-talented Bender is a Kansas football recruit and was offered a basketball scholarship as a Sophomore from Colorado State. Yes, Bender is that good.

Jed Fenske-Twin Loup ¨C Nebraska wrestling recruit finished his career with a 155-14 record, 2 class championships, and 4 state medals. He led his Sargent team to a state Class D football championship last fall, gaining 2,036 yards along the way. Fenske helped his team to a Class D state track championship a week ago and led the entire state in the pole vault at one time late this spring, leaping 15ˇä 3.5ˇĺ.

Others who may have a shot at a nomination could be:

It would certainly be a milestone if a non-Class A or B athlete won in either publication. The last male athlete lower than Class A or B to win the Athlete-of-the-Year in the World-Herald or the Journal-Star was TecumsehˇŻs Matt Davison in 1997. The last ˇ°small townˇ± athlete to win in the Journal-Star was MadridˇŻs Larry Vlasin in 1965, a year after Grand IslandˇŻs John Sanders was honored and two years after GIˇŻs Tom Millsap was ˇ°The Manˇ±. The only 2 winners in the World-Herald I remember were Duane Buchtel of Clay Center in 1956 and the first ever winner, Hoppy McCue of Arapahoe in ˇŻ51. Class CˇŻs John Kroeker was the WH Athlete-of-the-Year in 1984, as well as the Journal-Star, and of course Wood RiverˇŻs Scott Frost grabbed the honor in both papers in 1993.

So in a week we will probably find out if ˇ°small town Nebraskaˇ± can produce another ˇ°Athlete-of-the-Year. Stay tuned.