How I select my High School All-State Teams...and a little more.. 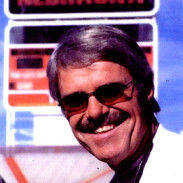 Some may wonder why and how I select my All-State Football teams each year. Rarely are there comments, although some have surfaced this season around the state. A nice gentleman in this area pointed out that my Class A team looked "unbalanced" because I placed 4 running backs on offense and 6 linebackers on defense and he decided that this was very unbalanced....he was correct.

In my humble opinion, the ideal high school all-state 11-Man football squad would include look like this: a quarterback, 3 running backs, 5 interior lineman (which could include a TE), 2 wide receivers and place kicker for point after and field goals. A total of 11 plus the kicker. On defense it becomes a little cloudier because of the various looks a team can present. The old way used to be 5 lineman, 3 linebackers, and 3 defensive backs, plus a punter. My teams will vary on either side of the ball and I'm going to briefly explain the method to my madness.

There are only 4 other people that chose all-state teams to my knowledge in Nebraska. Stu Pospisil of the Omaha World-Herald, Ryly Jane Hambleton from the Lincoln Journal-Star, Bob Jensen from Huskerland Prep Report and the Associated Press. The first three of these aforementioned all have ballots sent to them by coaches. Not sure how the Associated Press does it, but back when I was Classified Ad Manager for the Grand Island Independent, every daily newspaper in the state had a person that picked each class's all-state team and I a couple of years I had the honor.

Now, I follow high school football very closely and have for the past 45 years. Being acquainted with Ryly and Stu, I know how difficult it can be to choose these teams, even with ballots from coaches. Despite knowing this fact, 2 years ago I decided to give it a whirl. It is a daunting task without the luxury of looking at ballots sent in by coaches from all corners of the state nominating their players, but I still felt the urge to do it. Here is my ammunition for choosing these teams. See as many games as possible. My yearly goal is to see 30 games in a season, and this year I hit that number. This, along with coaches around the state occasionally sending me game films, has enabled me to get a deeper look at players around the state. No human can see every team in one season. In fact, I never made an Omaha game this year, but the films help with the selections. Remember, this is just one man's opinion and I'm certain I left off athletes deserving of all-state recognition.

The one part of the game I sometimes do not see as clearly as I need to is the offensive line. You can usually spot an outstanding offensive line as a unit, but is often times difficult to single out a lineman by himself on the offensive side of the ball. There are statistics for every other facet of the game but the things players in the "O" line accomplish like pancakes, are not recognized on most stat sheets. Because of this lack of information, many of my all-state teams include only 3 offensive linemen. The same situation can occur on the defensive line. This is the reason I have 6 linebackers on my Class A defensive all-state squad. Another argument would be that Lincoln Southeast's "O" and "D" lines were so talented, they all may have been deserving of all-state.

There are also certain situations that arise in the lower classes that prevent the filling of a position. 8-Man players who attempt "kick" extra points and field goals are not plentiful so that position is often times eliminated. Some isolated situations also come up from year to year. For instance, I had a heck of a time finding a second athlete to fill the wide receiver slot in Class D-1. Not because of there was a lack of talent. There were 5 or 6 athletes qualified to fill the position, but the level of ability was distributed so evenly among them it made choosing very difficult. And flipping a coin in that situation doesn't make it, friends.

You can ask any sports writer from a daily newspaper around the state how difficult it is to pick an all-area team. It is even more complex to choose an all-state team, especially without the assistance from coach's nominations, and I realize my selections are going to have little effect on anyone or anything. They may not be as educated as a Stu Pospisil, Ryly Jane Hambleton, or Bob Jensen, but in my thinking is that's it's just another avenue to promote high school football from a layman's view.

When I founded the Bobby Mills 1000 Yard Club 36 years ago, I had three things in mind. 1). Even though football is a team sport, I wanted to honor a sector of the football team that hit a certain plateau, that being the 1000 yard rushing mark. 2). After finding out that accurate records, or NO records at all were being kept, I thought just recording rushing stats might bring an awareness to schools around the state, and that accurate records needed to be maintained to preserve the history of the game of high school football in Nebraska. And lastly, the most important factor: 3). I simply felt like I wanted to spend the remainder of my life giving back to high school sports in Nebraska for all the absolute joy it has given me during my lifetime. And now that I am retired, I can devote my full attention to this mission. It is not riches that I possess, so I had to find another avenue to see how I could give back.

The Grand Island Independent has graciously set up this site for me and the McCook Gazette has also extended the courtesy of writing so I might contribute in this manner. It is easy to see I have no degree in journalism, but with my 1000 Yard Club and this writing opportunity (in the form of blogs); I can give back the only way I know how. Choosing an all-state team is just another way to promote the sport I love. It will not match the wonderful knowledge or expertise that a Stu Pospisil, Ryly Hambleton, or Bob Jensen offer, but it is still one more opportunity to give these deserving athletes some recognition for their long hours, hard work, and dedication their respective high school sports.