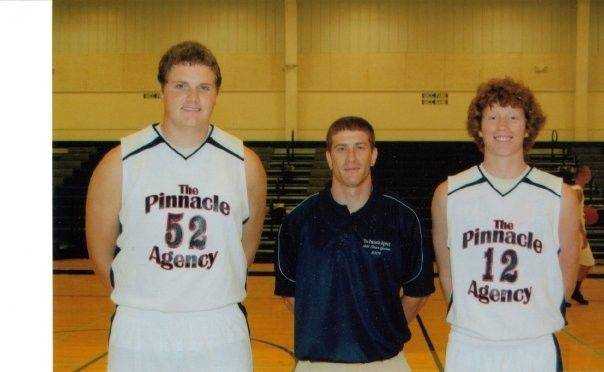 I really cannot pinpoint who wrote this. I can reasonably say that coaches like Bill Gavers, Freddy Petito, Dennis Hurlburt, Sharon Zavala, Tom Jaworski, Jeff Gross, Chuck Mizerski, Mike Speirs, Roger Matheisen, Carl Tesmer, Bob Ley, Mike Trader and Bo Pelini have read something like this. It may not be a stretch to say that Knute Rockne, George Halas, Bob Devaney, or Red Auerbach may have read a version of this somewhere. I will guarantee that their wives and families and loved ones have thought about it. But it us, the parent, fan, or spectator that would benefit by looking at this verse and striving to understand these unique individuals.

They're called "Coach" and it's far from being an ordinary gig. There is no clear way to succeed. One cannot copy another who is a winner, for there seems to be some subtle secret chemistry of personality that enables a person to lead a given group successfully and no one really knows what it is. Those who have succeeded and those who have failed in this profession represent all kinds.

They are old, young, experienced, they are soft, tough, good natured, foul tempered, proud and profane. They are articulate and even inarticulate. Some are very dedicated and some are very casual. Some are even more dedicated than others. Intelligence...many have it, but it's not enough though, and neither is dedication.

One thing is universal among these people. They all want to win, but some want to win more than others....but just wanting to win is not enough. Losers almost always get fired, but winners lose their jobs also. This "coach" is out in the open being judged publicly for 6 or 7 months out of the year by those who may or may not be qualified to judge them. Every single victory and every single defeat is constantly being recorded in print, on television, radio and on the web. The "coach", this strange breed, has no place to hide. They are in a transparent, human fishbowl for all the world to see. They cannot just let the job go for awhile or do an incomplete job and hope no one will notice as most of us can. They never can satisfy everyone, in fact seldom can they ever satisfy very many, and rarely do they even satisfy themselves. If they win once, they must win the next time also...and the next... and the next.

They plot victories, they suffer defeats, they endure criticism from within and without, they neglect their families, they travel endlessly and they live alone in the spotlight surrounded by others. This could very well be the worst profession on earth. It's unreasonably demanding, poor pay, insecure, full of unrelenting pressures and perhaps we should ask "Why do coaches put up with it?" We have seen them fired with pat phases such as "fool", "incompetent", or "well, he or she couldn't get the job done, they certainly had enough time."

Myself, I have wondered about that, having seen people like my son exalted by victory and crushed by defeat. I've sympathized with them having seen some broken to pieces by the job. We've even seen some die from it. In the name of heaven, why do they do it?

My wish is that some of us out there will be moved to admire them and hope the world will someday understand them better, this strange breed they call..............."Coach".