Now is the time to get involved in lawmaking 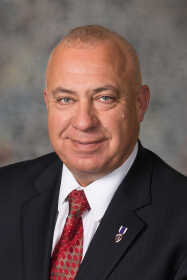 Now is the time to get involved

One of the most brilliant and inspired ideas ever conceived by the American mind is having an election every two years. Citizens in the United States have the opportunity to select their elected representatives, and they don’t have to wait very long to determine whether or not they chose wisely.

Every two years, a portion of politicians all over the country, from city councils and school boards, to state legislatures, state governors, and the federal congress are up for election. The months leading up to the election is when the voices of the citizens are the most powerful.

Ordinary citizens who have a sincere desire to promote an issue and bring about a change in how things work in some organ of government – now is your time to act. Volunteering to help the campaigns of people running for elected office is the fastest and most effective way to make a friend and ally out of a politician. Donating money to a campaign is also influential, but nothing takes the place of someone willing to actually show up and participate in campaign events and donate sweat and effort. That mutual effort during a campaign can build strong relationships.

Labor Day weekend is the traditional beginning of the political season. Citizens who want to see a bill introduced and passed in the Legislature should strongly consider getting involved in the process right now. Bills that are drafted, and the process of generating support for them is started in August have a much greater likelihood of passing in January when the next session begins. Now is the time for citizens to approach candidates for the legislature and ask them if they would be willing to support or even introduce particular legislation.

Before a senator ever introduces a bill, there is a lot that can be done by concerned citizens to give a proposal the best chance for being made into law.

a. Be friendly and patient with legislative staff. They will likely be the ones getting your bill drafted. Getting bills formally drafted by a senator’s office will mean that the bill is in a familiar form for senators to hold in their hand and read.

b. Find out which standing committee is most likely going to conduct the bill hearing. Make an appointment with each member of that committee if possible. Visit the senator in person with a copy of the drafted bill. Even if the senator is leaving that committee before the following legislative session, they may have heard similar bills before and be able to give advice from that experience.

c. After the essential votes are found in the committee, there are at least twenty more yes votes that will be needed to pass the bill. Personalized emails and in-person appointments with senators can make a favorable impression and help a bill succeed. Senators need to know that real people support your idea!

d. Once a bill is introduced, that is no guarantee that it will be debated by the full Legislature even if the committee advances the bill. To ensure that the bill has a chance, it is important to find a senator who will individually prioritize it, or a committee chair who can make it a priority of their committee. Priority designations usually guarantee that a bill will be debated on the floor of the Legislature after advancing from committee.

Senators should all be working for their constituents. That is the job we sign up for when we run for election. But new senators need all the help they can get if they are going to hit the ground running on Day 1 of the legislative session.

As a “senior” in the Legislature now, I consider it part of my job to help promising new senators become effective champions for our Nebraska values. With the help of concerned Nebraskans, I am optimistic that we will be able to get some conservative points on the board when the Unicameral returns in January.