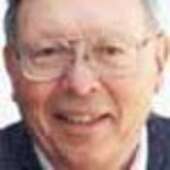 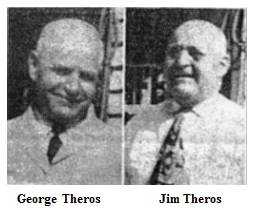 Before World War II there were a number of Greek restaurants across Nebraska. Trano’s, in Norfolk, was my favorite. Petro’s, in Fremont, was my wife’s favorite. But there were others in Grand Island, Kearney, and McCook as well. And in the ’50s Indianola had its Greek restaurant too, run by two brothers, George and Jim Theros. These men had run a sizeable Greek restaurant in Lexington, but had downsized in Indianola to a very small operation, on the north side of Highway 6 & 34.

By the time I met Jim Theros (Jimmy the Greek, as he was known in Indianola), George had passed away and Jim had closed the restaurant, but continued to live in the back part of the building. He was a familiar figure in Indianola. He didn’t drive, but he walked---a lot. He regularly walked up to ten miles per day, around the streets of Indianola, and along the highway, east and west of town. He walked (trudged) with his head down, and gave a little wave of the hand to the cars he met. Walking with his head down was OK in Indianola, where people knew him. They were not surprised when he crossed a street without looking. They simply gave him a wide berth. But he caused a number of anxious moments and angry honks of horns, in McCook, when he crossed streets on red lights. Typically, he greeted those angry honks with a friendly wave and went his way unconcerned (and unharmed).

I got acquainted with Jim Theros in the ’60s, when I helped him to join a guided tour of the Far East. Mr. Theros turned out to be a rather high-maintenance friend.

In retirement Mr. Theros loved to travel. He would no sooner return from one trip than he would want to leave on another one. And these were not little trips. He went to Europe several times, to Africa and to South America. It didn’t seem to make much difference where he went. One place was as good as another. I helped him with a number of these tours.

Mr. Theros had undergone a religious conversion and he insisted on giving his testimony to anyone and everyone he met. Even though he had been in this country for many years, he spoke English poorly and it was not always easy to understand him. His testimony was in the form of a short prayer that went something like this: “Dear Lord, Obedient God, make me to be well so that I can go places and have a nice life. Amen!” Instead of an entreaty to the Almighty, it was almost a command. And he would repeat this same phrase over and over.

He began to stop at our house when he was in McCook. He might be coming back from a tour to Scandinavia. We’d ask about the tour. “Oh, it was fine.” And he’d start with his testimony and there was no more talk of the tour. Several times he popped in at mealtime and accepted our invitation to stay for supper. Then I’d take him back to Indianola. If I happened to be gone my wife, Jean, would have to interrupt her teaching of piano lessons to take him to Indianola. He was not a good conversationalist, so that was preferable to entertaining him till I got home.

Once Mr. Theros stopped at our house and wanted a pair of shoes. Jean was confused, but finally understood that his shoes needed to go to the shoe shop, and he needed to borrow a pair till his were fixed. She found a pair, but his feet were extremely wide and he complained at length because the shoes she gave him hurt his feet---as if she had given him shoes that were too small on purpose.

One time (on Mr. Theros’ behalf) I spoke over the phone with a guide with whom he had traveled overseas, and explained that Mr. T. would like to take his tour again.

“But it’s the same tour we went on before” he pointed out.

“That doesn’t matter” I explained. “He says he liked your tour and would like to go again.”

There was a long pause. Finally, he spoke again.

“That just would not be possible---To tell you the truth, I just could not stand the pressure of another tour with Mr. Theros.

“I had complaints from the little old ladies about his table manners, and his insistence of giving his testimony. I think I could work that out, but that was not the worst. I couldn’t keep track of him. Let me tell you what happened in Cairo. We were all supposed to meet in the hotel’s dining room for a group dinner. One minute he was there, the next he was gone. The driver and I went out looking for him, but couldn’t find him. The Cairo streets are impossibly crowded and are not safe even two blocks from the hotel. Finally, when the dinner was almost over, here he came. He had gone out for a little stroll. He got lost and forgot the name of the hotel. A shoeshine boy found him wandering around in a really bad neighborhood and brought him back. No, I don’t think my nerves would take another trip with Mr. Theros. Sorry.”

There were other companies, of course, and when Mr. Theros insisted on another tour I helped him find one that would arrange for another member of the group to look after him. All the arrangements were made, but on a hunch, a few days before he was to leave, I asked to see his passport. Sure enough, it had expired. Since he was going to leave from Chicago on a Monday p.m. we arranged for him to have his passport updated at the Chicago office prior to his departure on the tour.

Mr. Theros was to leave McCook, by air, on Sunday, shortly after noon. I arranged to meet him in Indianola to bring him to McCook and put him on the plane. But in the days leading up to Sunday I had more than slight apprehensions about his going on the trip and getting all the details taken care of before joining the tour. He assured me that he’d be fine.

Sunday, in Indianola, Mr. Theros was nowhere to be found. He was not at the restaurant where he had said he’d be, and he wasn’t walking around town as I’d expected. It was almost time for him to leave. I was beginning to think he would miss his plane---then he came sauntering down the street. He’d attended church services and the church ladies had invited him for a potluck dinner and he had decided to stay. By that time we had to hurry to catch the plane. Increasingly, I felt that it was a bad idea for him to go.

At the airport I checked in his luggage (just one small bag), while Mr. Theros went over to speak with a nun who was apparently waiting for the plane. Her traveling companion, another nun, was at the counter. I struck up a conversation. It turned out that they, too, were headed for Chicago, on that plane. I quickly told her the story and asked if they might look after Mr. Theros on the airplane trip to Chicago.

I watched the three of them walk to the plane, Mr. Theros, with a nun on either side. They were talking and laughing like three old school chums. Or could it be Mr. Theros, with a Guardian Angel on each arm? Whatever---he was happy, and safe. I know I slept better that night.