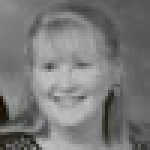 Animal Control & Then Some

I attended the city council meeting last night. Frustration and anger were far too high. Perhaps I should have written this while I was in the mood to rant. I thought I'd wait and get things straight in my head. So many people who attended last night were confused, didn't understand why we started this and misunderstood the proposed ordinances http://www.mccookgazette.com/story/1540967.html . Remember these are proposals or considerations. They haven't taken effect yet and they don't have to be as we proposed them to be, they can be changed.

So, why did we get this ball rolling? Trust me, it was needed. Ask anybody who lives at Westridge and J street about the feral cat problem (this is just one of the 14 hot spots). http://www.mccookgazette.com/blogs/amystrauch/entry/19518/ These cats spray urine to mark territory and it smells awful, they sharpen claws on outdoor furniture among many other destructive habits that our tame housemates have been trained out of. These cats also have a high incidence of disease. They can spread diseases that are not preventable like FIP or Feline Infectious Peritonitis to our vaccinated or unvaccinated cats. FIP has no cure, Feline Leukemia has no cure but can be vaccinated to prevent the disease, FIV or Feline Immunodeficiency Virus aka feline aids, has no cure but can be vaccinated to prevent the disease. Most cat and dog diseases are not transmissible to humans but there are a few that affect any warm-blooded animal like Rabies, Anthrax, the black plague, etc. Rather than re-writing I'll just post the link to another blog of mine. On Rabies and other things http://www.mccookgazette.com/blogs/amystrauch/entry/27721/

Another reason would be the number of dog bites we've had in the last two years compared to the previous 20 years. It has risen considerably. So have the number of aggressive dogs being euthanized. Aggression begets aggression. Could our bad attitudes be causing aggressive behaviors in our dogs?

Yes, we understand there are hundreds of responsible pet owners out there. As with most of the reasons things get changed. It's actions of the few that ruin things for the rest of us. If it were simple to correct the few bad seeds, this would be an easy fix. Unfortunately some bad seeds are cancerous and spread, changing good seeds into bad seeds. If we do nothing, it will only get worse.

I guess we are not progressive enough to have mandatory spay/neutering (can you imagine the chaos opening that can of worms would cause?) which is why there is a higher proposed fee for licensing intact (not spayed or neutered). We are trying to motivate you to get the surgery done. The more spayed and neutered pets we have, the less litters of puppies and kittens walk in the door of our humane society, costing us less money to help care for them. Wouldn't you rather pay the $130 average spay surgery fee for 1 time only then you wouldn't have to pay $45 for the next 10-15 years of the rest of their life For a total of $450 to $675, saving between $300-450. Neuters cost about 30% less. http://www.mccookgazette.com/blogs/amystrauch/entry/16048/

In the long run, our town will be better of. Let me give you a few examples a friend sent to me. I will type these in as she wrote them since I don't have a digital copy of the letter I can copy and paste them from.

The first sentence may be out of context a bit but the rest of the paragraph has had me thinking for a long while.

"I may be wishful thinking, however I walked into the City of Laramie's [Wyoming I believe] last fall [this letter was sent in January] and they only had 4 dogs and 7 cats available for adoption (town of 30,000). The shelter manager indicated that they have a licensing law and a spay/neuter shelter. Animal ownership is responsible in that town because of the education. If a town of 30,000 can do it, so can McCook!

Another great example: The city of Los Angeles implemented a mandatory licensing and spay/neuter ordinance in 2008. In 1971 they had implemented the spay/neuter program for all shelters [not something they can do at the moment but will hopefully happen in the future]. In 1971 the City of LA euthanized 110,835 animals. Since implementing the spay/neuter program at shelters, this euthanization has decreased to 15,009 in 2007. Now with that implementation of mandatory spay/neuter for all animals, this will drastically reduce again. NOW THAT'S PROGRESS!!!!! [yes, she did type in 5 exclamation points]"

One thing that shouldn't have surprised me but did was the number of people who didn't understand that we don't live in a communist country where law enforcement can go knocking on your door and check to see if you are doing illegal things. No. People, we are a democracy. The government gives us the benefit of the doubt. The police need a reason or "probable cause" to enter your home.

As a pet owner, I have 4 cats and 1 dog. I, like most people who were there last night was glad they took out the limit on cats. But I can see where they come from. The more pets you have, the more you spend on food and veterinary care and with some breeds (dog and cat) grooming. In my house of 1800 square feet, 4 cats is too many but I'm not going to get rid of any of them. Think about this though, the fewer cats you have, the fewer license fee's you have to pay for. I think we just shot ourselves in the foot.

As for that Animal Control officer. He/she will be the one following state and city laws to be the one deeming based on the behavior of the animal whether they are vicious / potentially viscious or not. All law enforcement are limited by the laws we give them. That's why we have to communicate with our law makers, the city council, the governor, the senators, etc.

I hope I didn't overwhelm you with too much reading. I'm not much into politics but I did listen in the American Government class in high school (thank you Mr. Datus). When it comes to benefiting the animals, I'm all there.

More from this blogger · Amy Strauch
Comments
View 3 comments
Note: The nature of the Internet makes it impractical for our staff to review every comment. Please note that those who post comments on this website may do so using a screen name, which may or may not reflect a website user's actual name. Readers should be careful not to assign comments to real people who may have names similar to screen names. Refrain from obscenity in your comments, and to keep discussions civil, don't say anything in a way your grandmother would be ashamed to read.
Respond to this blog