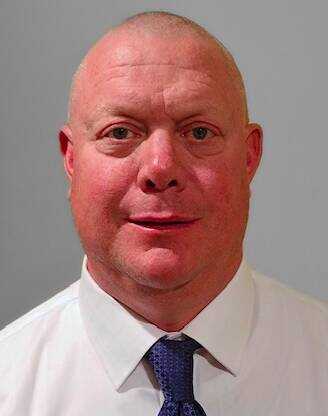 It’s that time of year again. As a member of the NEMFCA Hall of Fame nominating committee, I am honored to introduce you to our eleventh of 14 NEMFCA Class of 2022 Hall of Fame members.

Our 11th salute goes to another dominating lineman in the 8-Man ranks, Dan Fox of North Loup/Scotia High School. A 1988 Class D-1 All-State selection at Center, Fox was a frightening sight for a defensive lineman, hovering over the football at 6-1, 230 pounds.

North Loup/Scotia head coach Rod Edson and his staff must have done some excellent tutoring up there in Wildcat Country because Dan Fox hit the ground running when he arrived at Kearney State College, becoming a starter on day one of his freshman season and staying there the rest of his illustrious Loper career.

From 1985 to 1988, Dan was a powerhouse along the line of scrimmage for North Loup-Scotia and Coach Rod Edson. Through his stellar play along both sides of the offensive and defensive line, Dan helped lead the Wildcats to three consecutive state playoff appearances in the mid-1980’s.

In that time, he was also a key building-block in a program that became known for their hard-nosed style of football and that later went on to play for two state titles in the 1990’s.

In his prep career, Dan was honored as a 1st Team All-Conference player 3 times and a 1st Team All-State selection on 2 more occasions (as both a center and a kicker on special teams).

Following graduation, he was selected to play in the 1989 Eight-Man All Star Game and then went on to a decorated college football career as a defensive end for the University of Nebraska at Kearney. He finished his time with the Lopers as a 4-year starter & letter winner and was chosen as both an All-Conference and All-Midwest Region honoree.

To this day, Dan still ranks 11th all-time in tackles at UNK.

The NEMFCA is honored to welcome him into the Eight Man Football Hall of Fame Class of 2022.