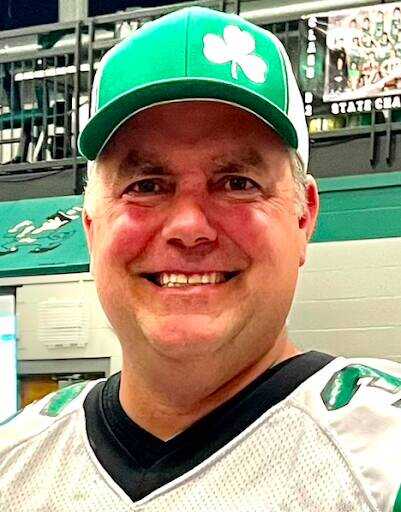 Former Falls City Sacred Heart star, Nate Froeschl will be inducted into the NEMFCA Hall of Fame this coming Saturday during halftime of the Sertoma 8-Man All-Star Football game at Adams Central.

It’s that time of year again. As a member of the NEMFCA Hall of Fame nominating committee, I am honored to introduce you to our fifth of 14 NEMFCA Class of 2022 Hall of Fame members.

Our 5th salute goes to yet another Doug Goltz coached 8-Man football icon, Nate Froeschl, who never knew what it was like to be on the losing end of a football score during his 4-year high school career.

Nate was a key contributor to FOUR consecutive State Class D-2 Football titles and in 1992, and along with backfield running mates Chris Carpenter and Chris Darnell, made up one of only TWO 8-Man backfields in history to feature three thousand yard rushers.

One of the all-time great players for the Irish, Nate compiled over 6,000 career yards of total offense and led his team to four consecutive state titles from 1991 to 1994.

During his prep career, he never lost a football game, and in the process helped lift the Irish to the status of Eight Man Football’s premier program of the early 1990’s.

Nate is most proud of having the honor of playing for Hall of Fame Coach Doug Goltz as well as being a contributor to the record-setting 87 game winning streak that cemented the Sacred Heart Dynasty. In his career, he was named 1st Team All-Conference 4 times and was also selected 1st Team All-State on 3 occasions. After high school, Nate was selected to play in the 1995 Eight Man All-Star Game and later walked-on to play football at the University of Nebraska. He was a proud member of the historic 1995 Cornhusker team that won both the Big 8 Conference Title and College Football’s National Championship.