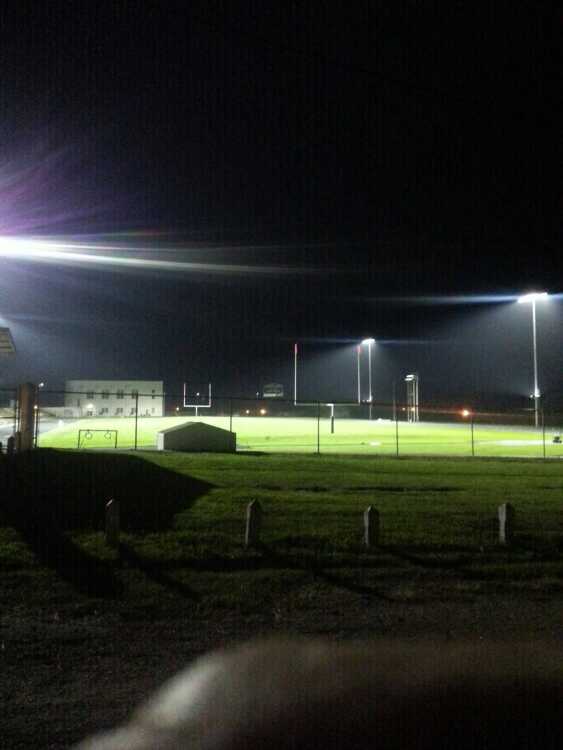 **Dylan Mostek-Bennington - 5-10, 195 pound track sensation blistered the Grand Island Northwest defense to the tune of a monster 335 yards on 25 carries and 5 touchdowns as the 5th ranked Badgers defeated the Vikings 45-20 on opening night 2021.

Dylan and his Bennington buddies have a Friday appointment at Aurora, which should be the top Class B matchup of Week 2. Reserve me a place on that Badger sideline if you would Coach Lenhart.

Kellen had 12 solo tackles on defense for the Mustangs with 16 total stops, while brother Noah logged 10 tackles.

If you’re going to mention SEM it is only fitting you spotlight the Wolves of Arthur County, who defeated the Mustangs 101-80.

Bryce Hanna, the 6-2, 150 pound pre-season 6-Man All-State QB, threw the ball 41 times and completed 83% of those (34) for 288 yards and 5 touchdowns. Hanna also rushed for 66 yards and another score, made 4 tackles on defense, intercepted a pass and blocked a field goal attempt.

Junior Lance Vasa led the Wolves running game with 161 yards on 10 carries and 3 TDs, caught 13 passes for another 84 yards and three more TDs, and made 14 tackles, 10 of which were solo stops.

Edward Daly caught 10 passes for 123 yards and a pair of scores and Knight Kramer added 105 yards on 16 rushing attempts with three touchdowns on the night. Kable Wykert also booted 7 of 11 PATs, which are worth TWO points in 6-Man football.

*Cort McKeown, Landon Johnson-Lutheran High NE (Norfolk) - Apparently there were no jitters last week for sophomore quarterback Landon Johnson, who was making his first ever start for Lutheran High NE. The 6-1, 160 pound Johnson achieved perfection by hitting all 14 of his pass attempts for 279 yards and 8 touchdowns in the Eagles 74-6 romp over Madison.

There to latch onto 11 of those aerials was 6-2, 180 pound veteran receiver Cort McKeown, who racked up 248 receiving yards and tied an 8-Man record with 7 touchdown receptions. McKeown caught 3 TD passes in the 1st quarter covering 23, 42, 34 yards, grabbed 3 more TD passes in the 2nd stanza covering 43, 10 and 21 yards and added a 2 yard scoring reception early in the 3rd quarter to wrap things up.

Keaton Ranslem led the ground attack for Lutheran High Northeast with 96 yards on just 4 touches, which included a 58 yard run. On defense, it was the Rojas boys, Johan (10 tackles) and Josh (9 tackles) leading the way.

*Christian Nash, Gage Stenger-Millard South - The 6-1, 230 pound Nash, Kansas State pledge Gage Stenger and the rest of the Patriot team did just about anything they pleased in their 55-13 win over rival Millard North during last Thursday’s 2021 curtain raiser.

If you recall, Stenger completed 66% of his passes for 417 yards and 2 TDs last season as a backup to TJ Urban. Christian Nash was also coming on toward the end of the 2020 season for the Patriots, so this will not be the last time you will see these two names gracing these Friday Night Lights Football Heroes articles.

*Nathan Pederson-Millard West - The 2020 2nd Team All-Metro running back exploded for 248 yards on 35 carries and 3 touchdowns, two of which were from long distance, measuring 56 and 86 yards. Sophomore QB Brody Pederson completed 9 of 17 passes for 104 yards, but the Wildcats came up short in a 35-21 loss to powerhouse Elkhorn South.

I think this Millard West team will cause opponents some serious problems in 2021. Remember, Elkhorn South was in the Class A title game a year ago.

*Trenton Cielocha, Devon Borchers-Columbus Scotus - Junior QB Trenton Cielocha, nephew of Scotus track sensation Mike Cielocha, passed for a monster 297 yards and a sweet 83 yard TD toss to All-Stater/Northern Illinois pledge Garrett Oakley and pirated a pair of Wahoo passes in the Shamrocks impressive 31-14 opening night win over the always tough Warriors. Senior RB Devon Borchers exploded for 125 of his 142 rushing yards in the 2nd half (2 TDs) and capped off his stellar evening with a pair of big pass receptions worth 46 yards in the triumph.

Oakley caught 4 passes for 114 yards in the Scotus Homecoming contest.

Corbin Horner also had a great night, rushing for 122 yards on just 7 carries and 2 scores. Horner also made 10 crunching tackles on defense as did teammate Alex Sundell.

And yes, NENEXTT, Quade Myers is flirting with being one of the elite players in 8-Man football history.

Keenan Valverade, a 5-7, 155 sophomore, rushed 8 times for 104 yards, which included scoring runs of 33, 40 yards, and kicked 5 PATS in the win. The strong, dependable Michael Kruntorad ran the ball 5 times for 50 yards, made 6 tackles with 2 sacks on defense, then not only blocked a kick, but returned the thing 10 yards for a score.

So is that called a “Kick-Six” instead of a “Pick-Six”?

And then there is All-State linebacker Colton Fritz, who would put the pads on seven days a week if you’d let him. The man who eats a bushel of 10 penny nails for a pre-practice snack, made 16 tackles in the St. Paul game. Fritz has to be one of my favorite high school football players, that’s for sure.

*Dylan Hurlburt-Ord - How about that 5-8, 165 pound sophomore Dylan Hurlburt taking over the quarterback controls for the defending champion Chants and having a NIGHT. Hurlburt made opening night look easy with his 159 rushing yards on 11 totes and a TD. The first time starter also completed 5 of 5 passes for 95 yards and another 3 scores in Ord’s 60-14 win over Gordon-Rushville.

*Blake Miller-Nebraska City Lourdes - The Irish eyes were definitely not smiling after Blake Miller and Company finished up with Falls City Sacred Heart last Friday. Miller, the Lourdes QB who has been named All-State in every sport but tiddly-winks, completed 22 of 28 passes for 245 yards and 4 touchdowns, rushed 15 times for 153 yards and another pair of scores and made 8 tackles in the Knights 59-42 win over the Irish.

The 6-2, 185 Miller is a BALLER, friends. After breaking his index finger early in the season a year ago, did he wait for it to heal to play again? Not a chance. They wrapped the finger, and he played TIGHT END for three games, catching 9 passes for a gigantic 397 yards and 3 TDs before returning to his regular quarterback slot. Incredible.

Blake Miller is an exceptional talent my friends. Just Exceptional. On one touchdown run of 56 yards, Miller took one step back on the Jug Brown turf, set sail through the left side of the Lourdes line, broke three tackles, cut back and outraced a Sacred Heart defender to the goal line. LOVE the way this lad plays the game…...any game.

*Paxton Olson-Sutton - Shredded the GICC defense for 200 yards and 4 TDs on a massive 36 carries in the Mustangs 37-7 win over the Crusaders. Olson’s scoring runs covered 12, 3, 1 and 32 yards in a game that was called with 5:12 left in the 4th quarter due to lightning. And yes, those Mustangs have another terrific offensive line this season.

Can Steve Ramer coach the game of Football or what? One of the best in the biz!