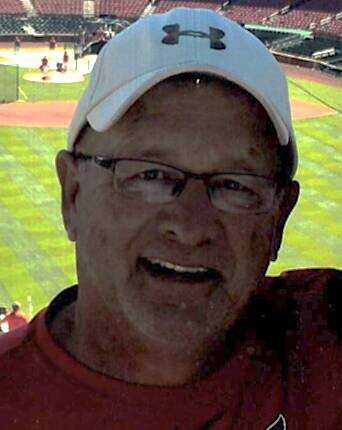 Kevin dedicated 35 years of his life to coaching 8-Man football in Elwood, Nebraska. During that span, his Pirate teams qualified for the state playoffs 20 times, with 3 of those teams making it to the state semi-finals (1987, 1991, and 2007). As one of the best coaches in the state, his career record totaled 209 wins and 130 losses while he was also honored as an assistant (1988) and head coach (1993) of the Eight Man All-Star Game. He also served as both assistant and head coach of the Nebraska vs. Kansas All-Star game. Although Coach Mahlberg helped mold numerous All-Conference, All-State, and All-Star players throughout the years (including his son Bryson, who was an All-State/All-Star QB), he will be best known by both players and peers for the many friendships that were built along the way and that last to this day. The NEMFCA is honored to welcome Coach Mahlberg into the Eight Man Football Hall of Fame Class of 2020-2021.

“There is something to be said about a man who stays at the same coaching gig for 35 years. The term that comes to mind is “dedication”. When you do the math on Coach Mahlberg’s career record and the positive percentages, it looks mighty impressive.

209 wins in 35 years means that Kevin Mahlberg averaged SIX wins every year he fielded an Elwood Pirates football team. His teams qualified for the playoffs 57% of the time and when you consider the size of the school Coach Mahlberg had to work with, all this is pretty impressive…..very impressive.

We aren’t talking about a big Class C or B school where there are plenty of bodies walking the halls to choose from.

There were lean years in there folks and it takes a VERY dedicated man to stick it out with the school year in and year out and not bail when years get lean.

I’m not sure I ever met Coach Kevin Mahlberg, but a year doesn’t pass without some successful coach or administrator mentioning some flattering words about this gentleman.

Do they make them like Kevin Mahlberg anymore? I hope so. Just like Coach Vrb, Kevin is PURE GOLD!