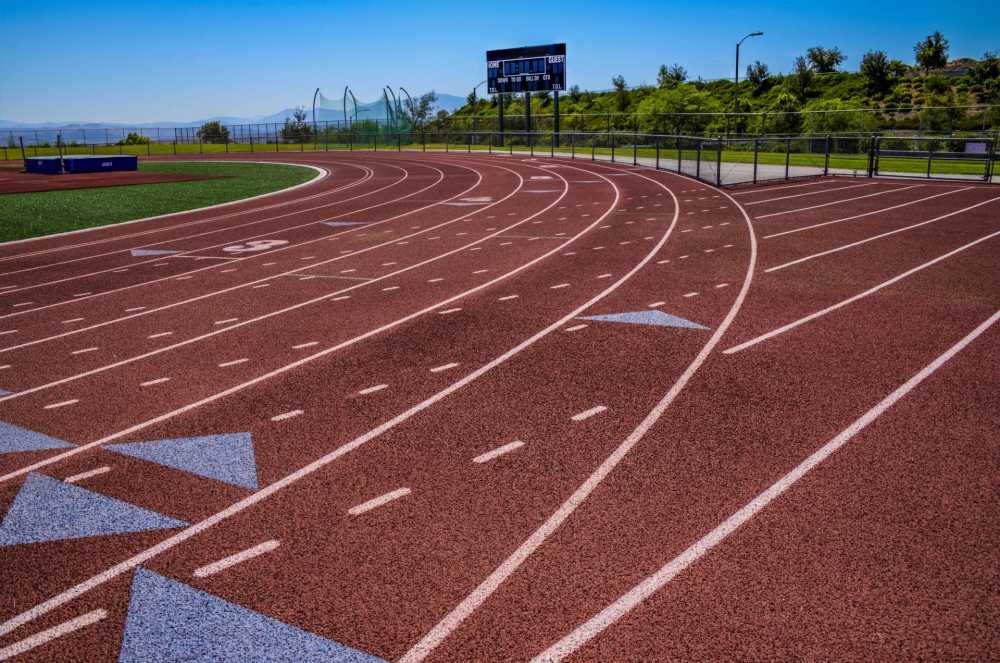 The lane assignments have finally been completed “Who is the Fastest Nebraska Schoolboy in History Dream Race”. We are now up to Heat Three (of 4) of the preliminary heats.

Heats One and Two were previously posted and here is how they appear:

This is Heat Three of the Dream Race prelims with bios on each competitor:

*Brijesh Lawrence-Omaha Northwest - (competed 2005-2007) - Consistently fine sprinter throughout his notable track career at Omaha Northwest. Sparkled as a senior when he came away from the 2007 state track championships with a pair of All-Class Golds. Lawrence’s :10.78 and :21.40 in the 100 and 200 respectively, were the best that year.

Both of those times by the way, rank second on the All-Time Nebraska sprint charts. Biodrowski’s biggest moment came in the hundred meter dash at the state track meet in 2001, when he sped to an All-Class Gold Medal time of :10.66.

Cole Biodrowski silenced critics with that 2001 all-class 100 Gold, who claimed his 10.3 and 21 flat times were simply products of slow thumbs, excessive winds or both.

I can assure you there was nothing bogus about Mr. Biodrowski’s clockings. This guy the Real Deal.

The great Mike Thompson was on his way to another magnificent state track meet his senior year in 1974, winning the 100 in :09.8 after posting a wind aided :09.7 on Friday. But a severe tendonitis flareup in his ankle forced him to scratch out of the 220 and 440, robbing him of any Gold Medal opportunities after winning three All-Class Golds in ‘73.

Mike Thompson is still one of Nebraska finest sprinters ever.

KJ’s 100 and 200 meter times of :10.57 and :21.55, run at state, are currently still ranked 7th and 5th all time respectively. The younger Cotton easily won All-Class golds in both sprints his sophomore and junior years then was dogged by a hamstring which caused him to miss most all of his senior season.

Although being somewhat overshadowed by his older brother, the name KJ Cotton still should be in the conversation when talking about the finest sprinters of all time.

At last glance, KJ is currently running track at Oklahoma State and is listed as a junior.

*Kent McCloughan-Broken Bow (competed 1958-1961) - Without a doubt, one of Nebraska’s greatest athlete/sprinters ever. His 220 yard dash time of :21.4 in 1961 held up as a state record for an incredible 51 years before Kenzo Cotton finally eclipsed it in 2012. McCloughan’s Class B State Meet record still stands today. Kent’s personal best of :09.6 over a hundred yards still also ranks as one of the all-time bests in Nebraska prep track circles.

Kent McCloughan retired in 2012 after 39 years with the Oakland Raiders organization, serving in the scouting and player developement department.

(“Did You Know” department-Kent McCloughan’s father Ralph McCloughan of Mason City, Ne., won the 100 Yard Dash at the 1934 State Track Meet with a time of :09.9. Bloodlines? Oh yeah)

To this day, I still believe that is the most phenomenal performance I have ever witnessed at Omaha Burke in a state track meet setting, and Randy’s performance in that 100 yard dash that day has never topped in my mind. I will never, ever forget it.

After winning five Gold medals at the state track meet, Randy Brooks went on to earn a quartet of track letters at the University of Nebraska, winning the Big Eight Indoor 60 yard high hurdles and the outdoor 110 Meter HH (1981).

*Broc Howard-Kearney - (competed 1996-1999) - Junior season times of :10.4 and :21.55 put Broc Howard’s name among Nebraska’s all-time elite sprinters. An injury riddled senior season did nothing to tarnish what the Kearney high sprint ace accomplished prior to that.

Howard’s 1998 hundred meter dash meeting with Lincoln Northeast’s Clifford Brye was one of the greatest State Track spectacles of all time. I was right near the start of that race and you could have heard a pin drop among the 12,000 spectators when the starter called the runners to their blocks. Never heard anything close to that in my life since. Just breathtaking.

Broc Howard is now the head track coach at Kearney high, following the footsteps of Hall of Fame Legend, Roger Matheison, his former mentor. Still considered to be one of the premier sprinters of all time and you'll get no argument from me on that statement.

*Tim Thompson-Boys Town - (competed 2009-2010) - The only Nebraska schoolboy to run a :10.2 hundred meters. The Boys Town ace rushed to the historical mark at the windy Platteview Invitational on April Fools Day, 2010.

Dogged by a pulled hamstring for most of his two seasons at Boys Town, Thompson finished 7th in the hundred his junior year, then lost a spirited battle to Daniel Davie of Beatrice in the 100 finals (:10.731 to :10.743) of his 2010 senior season. Thompson was also 4th in the 200 that year.

Tim Thompson’s career best sprint times were that legendary :10.2 hundred meters and :22.11 in the two hundred, although that sounds much too slow.

*Daniel Davie-Beatrice - (competed 2009-2010) - One big track year at Beatrice made Daniel Davie a household name at the state track meet his junior season of 2010.

The Beatrice speedster turned a bunch of heads when he zipped to a :10.38 hundred meters at the River Cities Conference Meet May 6, 2010. The time was rounded up to :10.4.

Both wins were very impressive, especially in that 100 meters, where Davie topped a field that included Boys Town’s Tim Thompson, Tyler Evans of Waverly, Tyler Wullernwaber from Centennial, Gothenburg speedster Tanner Mroczek and Boys Town’s Devin Winston. All those runners were under 11 flat in that race.

Daniel Davie, who moved to Beatrice from Detroit, Michigan the summer prior to his sophomore year, rushed for 1,105 yards for Beatrice in 2010, helping him to land a football scholarship to Nebraska.

Next up: Heat Four, the final heat of the Dream Race prelims….