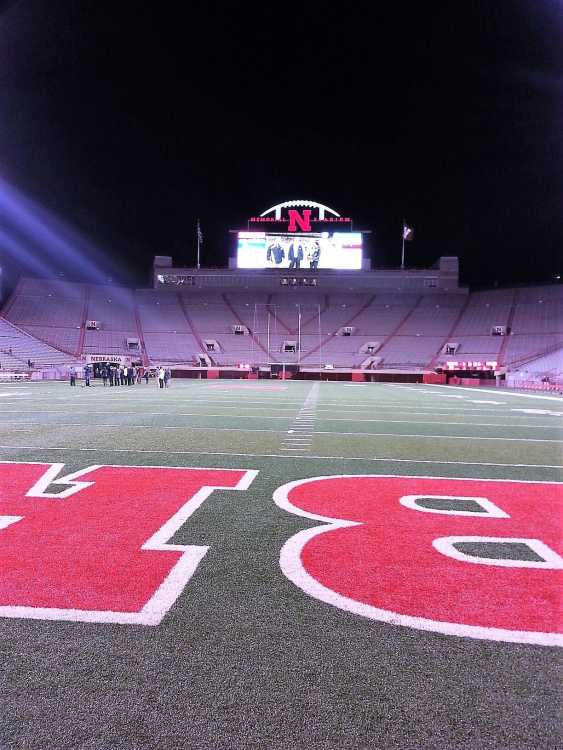 Every player on this list hope the last game of their season is played on this field. *(photo by Bobby Mills/2014)

Today we spotlight players around the state that made an immediate impact as freshman and now have set the stage to be sensational sophomores.

As we all know, it is so much more difficult to crack the starting lineup as a freshman in Class A than it is in lower classes. In my day, it as literally unheard of for a 9th grader to even make a Class A roster, let alone be a starter. One reason for that certainly may have been that 9th grade classes were still considered Junior High back then and were in a separate facility with 7th and 8th grade students.

That was then, this is 2018, so here are those 2017 freshman set to make some noise this Fall as spectacular sophomores.

4.41 forty at Friday Night Lights back in June, already getting Division looks, Dickerson is a fine cover man in that Warrior secondary. Good hands receiver on offense as well. Returned 3 kickoffs for TDs, two vs. Bellevue West. Reputed to be only the 5th Freshman to start in the last quarter century for Westside. Very bright future.

The only Freshman head coach Mark Wortman ever recalls being a starter in his 38 years at Elkhorn. Ran for 628 yards/7 TDs for the 6-5 Antlers a year ago. Runs a 4.5 forty, an :11.3 hundred and appears even faster than that on the football field. Way above average vision, maneuvers well in traffic, nice subtle cuts, and is not afraid of contact at the end of a run. Will find the going tougher in Class A, but will eventually adjust. Already a very fine runner.

Good lord! This kid was a Freshman last season? Not a stretch when I tell you I may not have seen a linebacker blow people up in a loooong time like Owen Geiken. Holy Cow that kid puts a hurtin’ charge into ball carriers.

Geiken made 70 tackles and played way ahead of his years. Incredible sense of where the ball carrier is and will he end up. And man can Geiken bring the wood when he wraps up. Give this young man another year experience and he could start for nearly any Class A program in the state.. Also money in goal line situations when the Swedes need a TD. Somebody at the next level better be following Owen Geiken……..right now.

Rushed for 458 yards/3 TDs for a 2-7 football team in 2017. Tied the school record in the 55 meter dash (6.99) back in March. Sensible, no frills runner who wastes no yards. Has an exceptionally long stride for a 5-11 kid and possesses above average football IQ. Should chalk up a couple of 1000 yard rushing seasons if Cozad continues to have a nice O-Line.

Has to be Baily’s younger Bro, right? Last season in limited action, Brody threw one pass and completed it, averaged 11.2 yards a pop on his 15 carries, made 19 tackles, 16 of which were solos, and also averaged 46.6 yards each on two kick-offs. As a place kicker, Brody booted 18 of 25 PATs and was 3 for on field goal attempts. One of the FGs travelled 40 yards in the Falls City game. The kid’s gonna be good, very good.

Ran for 740 yards and 7 TDs out of Fillmore Central’s Wing-T formation a year ago as a Freshman. Also caught 14 passes for 167 yards and 2 TDs. Stoner also made 29 tackles on defense or the 1-8 Panthers and had 4 tackles for losses. Hopefully you will be hearing from Jacob Stoner and Fillmore this season with 6 starters returning on both sides of the ball. I like the way this lad plays the game of football. Must avoid injuries.

Bloodlines here folks. Koby’s Dad is Casey Head, the State Rushing Champion for Geneva back in 1990 with his 2,615 yards. This youngster made 57 tackles from his MLB position as freshman, plus picked off a couple enemy passes as well. Pretty solid hitter for a buck 60 and will just get better with more gametime under his belt.

OUCH! Been hearing about Eli since he was in the 6th grade. Big Eli had a good year as a freshman, running or 199 yards and a couple of TDs. He also caught 12 aerials for 268 yards and a score. On defense, Larson made 34 tackles (6 TFL) and they all stung. Eli also pirated a Twin River pass for a 35 yard Pick 6, then returned a punt 66 yards for a TD against ‘em. Larson should be the Go-To ball carrier for St. Paul this Fall and many folks up that way say the dude could have started for the Cats varsity as an 8th grader.

Freshman tackling machine for the 1-8 Eagles. One of those rare players I haven’t seen play live or on film, but the dude had 79 tackles as a freshman and 56 were solo stops. AJ also recovered two fumbles and hit the double digit tackle numbers in 3 games in 2017. An 11-Man freshman LB with 79 tackles…..good enough to make this list for sure.

Pretty much a jack-of-all trades for Stanton in 2017 as a 9th grader. Played some QB in Stanton’s Double-Wing set, has great hands and the ability to catch the ball in traffic as a receiver. Matter of fact, Pohlman caught 15 passes for 271 yards and a score last year. Also made a huge 71 tackles on that Mustang defense, picked off a pass and recovered a fumble. Nothing but bright lights in Sutton Pohlman’s future and maybe even a switch to RB, which could produce a 1000 yard rushing season.