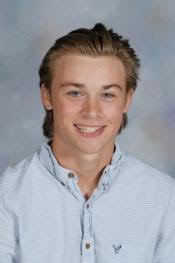 The 5-10, 170 pound senior blazer took it 61 yards to the house on the opening play from scrimmage and set the tone for the 42-23 Wildcat victory. Belt repeated the feat on Millard West’s first play from scrimmage to begin the second half, only this time from 64 yards away. Same exact play, same side.

Belt would add touchdown gallops of 13 and 11 yards to complete his four touchdown/15 carry day. The sensational Wildcat back gained 1,307 yards a year ago, but failed to make the All-State lists due to an overcrowded field of talent runners in Class A. I’ll guarantee Brody Belt will find a spot on mine in 2017 if he stays healthy for most of the 2017 season. The kid is phenomenal for his size and the fact he is working with an offensive line that is still learning, makes it even more incredible.

That ferocious Gretna defense held Blair to 80 rushing and 113 passing yards for the game. Thus far, the Dragon “D” is giving up only 116 yards of total offense per outing.

For the year, Smokin’ Joe has thrown for 294 yards and 17 TDs while Jevyon has accumulated 239 yards on 39 touches and 5 scores. Basketball on grass, baby.

*Jaden Kohls (RB), Dylan Plautz (QB) - Omaha Westside - Kohls followed his 6 touchdown explosion against with a calmer 82 yards on 7 totes and a couple of TD runs (4, 38) in the Warriors 55-6 win over Omaha South. Jaden also threw in a 95 yard kick return for fun. Plautz joined in the fun by completing 10 of 16 passes for 206 yards and 3 TDs. Caleb Schweigart (10 yds), Dylan Packett (83) and Nick Lamb (3 yds) were recipients of Plautz scoring tosses.

*Joseph Krause (QB) - Seward - Junior marksman hit 22 of 41 throws for 256 yards and two scores in the Bluejays 34-14 win over highly touted Norris. Krause nailed Connor Ruth (45 yards) and Carson Core (21 yards) with TD strikes in the first quarter to jump start Seward. Krause has 870 yards and 8 TDs and only one pick for the year.

*Dalton Bohac (QB) - East Butler - Sizzled by connecting on 16 of 25 aerials for 217 yards (72%) and 4 touchdowns in the Tigers 42-6 victory over Nebraska City Lourdes. The dual threat Bohac also rushed 9 times for 50 yards, made 8 stops on defense and defended a pass in the win.

*Aquinas Backfield - 15 different players carried the football in the Monarchs 63-7 over GICC. Eight of those backs averaged at least 10 yards a carry for Class C-1’s No. 1 team. Going to be very difficult to stop the Ron Mimick juggernaut this time around, not with this many returning, experienced players. Mimick has won state FB championships with far less returning starters than he has in 2017.

*Lane Edis (RB) - Mullen - Wade’s boy exploded for 206 yards on 19 carries in the Broncos 58-12 win over a decent Anselmo-Merna team. Edis is now two yards short of 500 for season with 9 TDs. Lane’s Dad, Wade Edis still holds the single season rushing record up there, amassing an incredible 2,728 yards back in 1990. Not even the great Steven Dent could match that one.

*Korrell Koehlmoos (RB), Eagles “D” - Lutheran High Northeast - Once again, the opponents defense couldn’t corral Korrell Koehlmoos and their offense couldn’t get anything going against that stout Eagles defense. Lutheran High Northeast's latest victim was Shelby/Rising City, to the tune of 52-6. Koehlmoos rambled for 216 yards on 25 touches and 4 TDs, while the Eagle defense limited the home field Huskies to 100 aerial yards and just 17 yards on the ground.

*Jacob Frenzen (RB) - Columbus Lakeview - A coming out party for young Mr. Frenzen, who ran for 129 yards and 2 TDs (13, 52 yards) in Lakeview’s 42-6 win over Ft. Calhoun. Frenzen rushed for 16 and 9 yards respectively in his first two games for the Vikings before going off for 129 last Friday. Coach Frenzen, I believe this lad is ready to roll in that Lakeview backfield.

*Cameryn Berry (QB) - McCook - Sophomore QB was pressed into a starting role one quarter deep into the 2017 season after All-Stater Jake Slager left with a hip pointer. Berry has responded and kept the Bison machine undefeated through three games. In the 28-7 McCook victory over Sidney, young Berry accounted for 3 of the 4 touchdowns, passing for 2 and rushing for another. Cameryn completed 9-14 passes for 125 yards and ran 10 times for another 58 yards in that Sidney win. The kid is good.

*Charles Johnson (QB/DB) - Perkins County - Good Time Charlie carried 10 times in the Plainsmen’s 56-15 win over Southwest on Saturday, gained 138 yards and scored 5 times. The 2016 All-State DB also made 8 stops on defense. Johnson had backfield help this time with junior Domonic Wendell, who ran for 143 yards on 16 totes and two TDs.

*Dylan Rowe (RB) - Johnson-Brock - Big 6-0, 185 pound junior was not kind to Winnebago in Johnson-Brock’s 64-28 pounding of the Indians. Rowe rumbled for 236 yards on 15 carries and scored 4 times. He also made 7 tackles from his defensive end position. Rowe 390 yards rushing yards and 6 TDs this season.

For the year, Fossenbarger has 727 yards and 7 TDs. Hahn has caught 11 passes for 291 yards and 11 scores. Johnson-Brock is at East Butler this Friday.