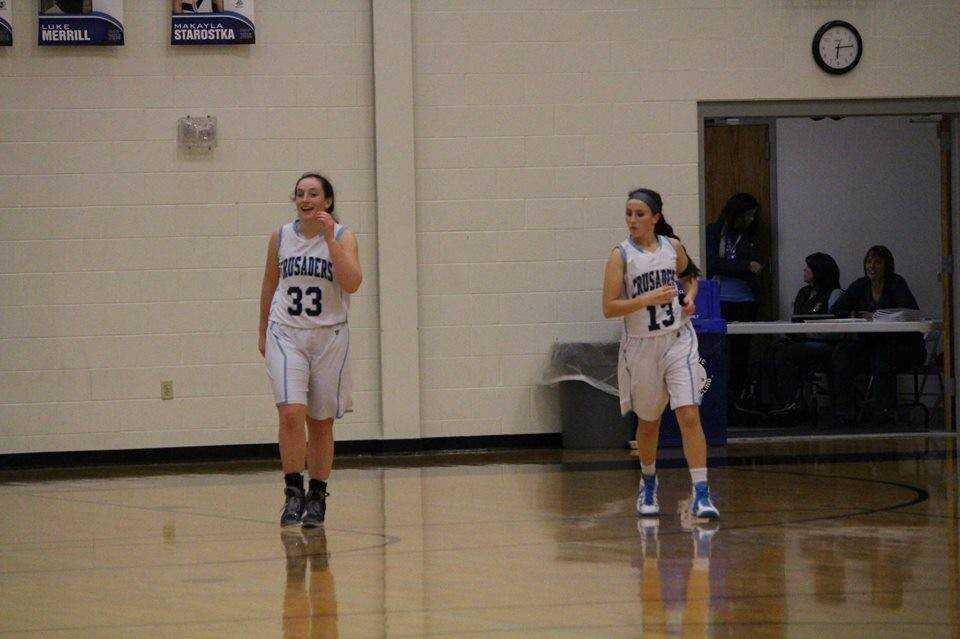 Stories like this are one of the reasons I truly love high school sports. On rare occasions when you least expect it, a great storyline pops up after the high school sports seasons have drawn to a close. But on this night, a most unlikely heroine rose from the ashes of a career that went relatively unnoticed by those masses who are impressed only by those superstars that frequent the headlines of the metro newspapers and media outlets. I have a feeling that very few in attendance at the Pinnacle Agency All-Star Basketball Classic in Grand Island last night expected to witness what transpired. And if the truth were to be told, many of the out-of-towners didn't even realize it when it did happen.

Let's face it, it just seems like there are far too many of these summertime post season "all-star" hoops games. Many times they are very localized and thrown together in a hurry. Not so with this Pinnacle Classic that is showcased at Central Catholic's new facility in GI. Promoter Tino Martinez chooses his coaches, gets together with them at the Saddle Club here in Grand Island, and they draft their teams. No area of the state is off limits. Every year it seems as though the girls game is the best of the 2, featuring some of the best talent anywhere and shows off something that is usually missing in these types of games......defense. So the stage is now set for this fairy tale ending to one little gal that is so deserving.

Occasionally one of the chosen participants backs out of this Classic for an unforeseen reason. Unfortunately sometimes they just fail to show up. 12 girls are chosen for each team, but on this day the Blue team, coached by GI Northwest head man Mike Herzberg suddenly finds himself with a 9 team squad. Three no shows. It's close to 3:00 and game time is only 2 hours away. Considering the fact this game features 10 minute quarters, a squad of 9 players just seemed a little short considering the fact the opposition still had their original 12 girls chosen. Does Herzberg add another player, and if so who on short notice? He has an elite squad of 4 of his Northwest girls who have 2 state championships under their belts plus some other top notch talent. You can't just add anybody walking the halls.

If the name rings a bell, it was Anspauch's father Andy who piloted the GICC girls program for a ton of winters. As fate would have it, Andy Anspauch chose to leave his post as head coach for the Crusader girls at the conclusion of daughter Kerrigan's junior year.

Kerrigan Anspauch did not appear to be a child prodigy when it came to basketball. Undersized if anything and not a standout emerging from the ranks of elite traveling basketball teams, the daughter of the head coach faced the usual cruel comments from all involved. "sure she starts, she's the coach's daughter". "No way she would be playing that much if she wasn't the coach's kid". A smallish point guard, Kerrigan played sparingly as a freshman and more as a sophomore. The girl could dribble and pass. She had her pocket picked just like any other female playing the point guard position but faced unkind, and unfair comments from fans in the crowd. I doubt she ever heard them, but somehow I'm just know she sensed it.

Kerrigan was a starter last year as a junior as deserved to be there. I never saw Andy Anspaugh cut Kerrigan a break on the court. Anspauch was a good coach but also a fair man who never showed a favoritism toward his daughter. The 5-4 junior never did light up the scoreboard but was a good ballhandler and pretty nice distributor of the ball as far as assists were concerned.

This past senior season had to be tough for Kerrigan. The few games I watched, she was not a starter. Pretty rough to start as a junior and play the reserve role as a senior. The Crusader girls had a nice season, advancing all the way to the District finals before being eliminated by Minden. It seemed like a relatively uneventful senior season for Kerrigan Anspauch but she never complained and accepted her role. Just another face who put in her time everyday at practice, played a secondary role off the bench and never saw her name in the headlines.

Honestly, I have no idea what transpired that led to Kerrigan Anspaugh's name being a late addition to the Blue All-Star squad. This is where the magic begins. It took courage to accept that challange. The girl that wore unlucky number 13 for the Crusaders for 4 years was about to go up against the Kissinger girls from Minden, Brooke and Jamie. Both were 2nd team Super-Staters, multiple all-state selections, and both Division 1 recruits. Then there was Holdrege Super-Stater Rachel Jelden, Hastings St. Cecilia standout Morgan Nikkila, and Giltner all-stater and multi talented athlete, Dani Most. I had a courtside seat doing the PA announcing and left that gym in a daze.

When Kerrigan Anspauch's name was called by Mike Herzberg to enter the game, it's as though she had saved the best for last. Anspaugh handled the ball like a seasoned all-state player. I wondered if she would shoot the ball? Never shot much in her 4 years at GICC. 1st time down the court one of the Kissinger girls trapped her. Anspaugh hesitated a bit, stumbled, did a 360 spin, and put up an off balance shot. Nothing but net. Maybe a fluke, a lucky shot? The crowd was thrilled.

Somehow I just felt like the "little girl" who had never pretended to be a prolific scorer, was out to showcase her basketball talents. Something seemingly bottled up for 4 years. An opportunity Kerrigan thought she would never have. Let me tell you, all things Coach Andy Anspauch and his wife (who also coached) taught Kerrigan were all released in one glorious evening in a game she never dreamed she would be involved.

Kerrigan Anspaugh went on to drain 5 of 5 shots, one a WNBA three point beauty, and dish out some nifty assists against some of the finest talent in the state. No turnovers, perfection from the field and a performance that left you with the notion this girl belonged on the court with the Big Girls. Anspauch ended as the 3rd high scorer on Mike Herzberg's Blue squad behind Northwest's Super-State Kinzie Brown and volleyball all-state Erin Sorahan. Pretty elite company, but on this night Kerrigan Anspaugh belonged and her teammates knew it as well as the fans.

I wonder what went through Kerrigan Anspauch's mind last night? If you had felt her pulse, there would have been ice water in those veins. Nobody intimidated #13, not Jamie or Brooke Kissinger, or Rachel Jelden. Last night Miss Anspauch was out to prove she belonged with the best and if you were there and had never seen her play before, there was no doubt.

I've seen a lot of high school basketball in my life, but never have I seen 11 points seem larger in a box score. An unlikely heroine emerged from this post season battle between teams chock full of standout female multi-sport athletes. Kerrigan Anspauch saved the best for last.