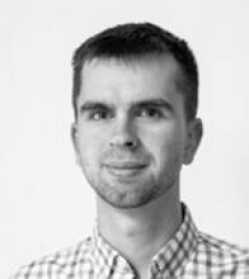 Since leaving my hometown of Brainard, each time I move I land in a bigger city. Along the progression from Brainard to Lincoln to Detroit to New York City, I’ve come to see things differently.

It’s natural that our environment will influence our opinions, including our political views. But these days, people living in the country and those living in cities have developed such differing viewpoints that at times it feels like they’re operating in separate worlds.

This issue is at the heart of my new book Rural Rebellion: How Nebraska Became a Republican Stronghold, where I write about the dissonance of moving from one of the most rural and conservative regions of the country to its most liberal and urban centers as they grow further apart at a critical moment in history.

Where you live doesn’t automatically pigeonhole you into a political affiliation. I know liberal hippies from Butler County and cultural conservatives from New York City. But they are rare exceptions. The correlation between where you live and what party you vote for has only grown stronger, and it’s hurting our country.

When I watched the Huskers win multiple football national titles during the 1990s, Republicans and Democrats had the same level of support in rural counties, according to the Pew Research Center. Since then, Republicans increased their voter representation in rural counties nationwide by about 10 percentage points as Democrats’ share fell. Likewise, Democrats made gains in cities while Republicans lost votes there. “Population density now predicts partisanship,” wrote Princeton sociologist Paul Starr about the growing urban-rural divide.

In other words, the partisanship afflicting Nebraska is best viewed as a microcosm for our current national situation. Ballot splitting and moderation have vanished, as we’ve become a nation of disaffected voters.

But after dividing time between Brainard and New York City, I’ve learned firsthand that our party registration or geographical location doesn’t determine our ability to care for one another. If we’re really going to combat the extreme ways that geography affects politics, we’re going to have to put more effort into interacting with people who live in neighborhoods unlike our own.

For example, people in towns like Brainard might become less hostile toward immigrants if they spent more time developing a familiarity with how immigrants live and work in other parts of the state and country. People in cities who support gun restrictions out of a desire to reduce violence might better appreciate rural conservatives’ appreciation for the Second Amendment if they spent time on a farm, hunting predators that threaten to destroy crops and livestock. These are just a few of the many ways that we might come to know each other’s perspectives a little better.

When you become more familiar with someone, it becomes more difficult to demonize them based on their political opinions. In a state that stretches as far as Nebraska does, it is impossible to know every person. But given the misperceptions Democrats and Republicans have about each other, we can certainly make some progress in becoming more familiar with those with whom we disagree.

Fixing hyper-partisanship will require us to change several things. We need to reform our own habits, the financing of campaigns, the selection of candidates, and the issues political parties focus on. Most folks, regardless of party, aren’t happy with our political situation. Politics is clearly important, but there is much more to where we live. And our society doesn’t appear so dire when you look at how people help each other during trying times, like the heroes who risked their lives during the floods of 2019.

Whether Nebraska elects Republicans or Democrats doesn’t determine the goodness of its people. Life will go on, crops will get sold, and football games will be played regardless of who is in office. However, if our country – and our state – is to find political sanity during an era of intense polarization, then we must combat intense partisanship.

Our political crisis can’t be solved all at once, but there’s plenty of room for incremental progress in Middle America. The people out here don’t give up on each other. Neither should politicians.

Ross Benes is a graduate of Nebraska U. and author of “Rural Rebellion: How Nebraska Became a Republican Stronghold.” Follow him on Twitter @RossBenes. For more Civic Nebraska Writers Group columns, go to CivicNebraska.org.

Nebraska readers in general and McCook readers, in particular, should appreciate the attention given to two local leaders in Ross Benes’ book, “Rural Rebellion.” 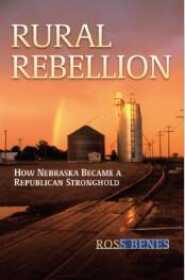 “My book talks about how the state legislature has changed since George Norris helped move Nebraska to a unicameral system,” Benes said. “It also includes an interview with Ben Nelson about his role in helping to pass the Affordable Care Act.”

After Benes left Nebraska for New York, he witnessed his polite home state become synonymous with “Trump country.” Long dismissed as “flyover” land, the area where he was born and raised suddenly became the subject of TV features and frequent opinion columns. With the rural-urban divide overtaking the national conversation, Benes knew what he had to do: go home.

In Rural Rebellion, Benes explores Nebraska’s shifting political landscape to better understand what’s plaguing America. He clarifies how Nebraska defies red-state stereotypes while offering readers insights into how a frontier state with a tradition of nonpartisanship succumbed to the hardened right. Extensive interviews with US senators, representatives, governors, state lawmakers, and other power brokers illustrate how local disputes over health-care coverage and education funding became microcosms for our current national crisis.

Rural Rebellion is also the story of one man coming to terms with both his past and present. Benes writes about the dissonance of moving from the most rural and conservative region of the country to its most liberal and urban centers as they grow further apart at a critical moment in history. He seeks to bridge America's current political divides by contrasting the conservative values he learned growing up in a town of three hundred with those of his liberal acquaintances in New York City, where he now lives.

At a time when social and political differences are too often portrayed in stark binary terms, and people in the Trump-supporting heartland are depicted in reductive, one-dimensional ways, Benes tells real-life stories to add depth and nuance to our understanding of rural Americans’ attitudes about abortion, immigration, big government, and other contentious issues. His argument and conclusion are simple but powerful: that Americans in disparate places would be less hostile to one another if they just knew each other a little better. Part memoir, journalism, and social science, Rural Rebellion is a book for our times.