This election year, take action beyond the factions 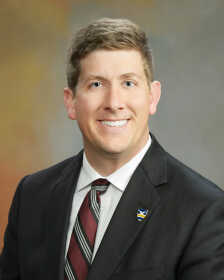 When it comes to the 2020 election, we’re nearing the end of the beginning. The window to request a November mail-in ballot opened this week. There are more polls to digest every day. Speculation about running mates is beginning in earnest. And in our two-party realm, everything seems to become either Entirely Red or Completely Blue.

As a former government teacher, I am still troubled by that last one. Many founding fathers saw political parties as corrupt relics of the monarchial system they wanted to discard. Alexander Hamilton said political parties were “the most fatal disease” of popular governments; James Madison wrote that one of the functions of a well-constructed Union should be “its tendency to break and control the violence of faction.” In his farewell address, George Washington said, “the common and continual mischiefs of the spirit of the party are sufficient to make it the interest and duty of a wise people to discourage and restrain it.

This feeling persists in Nebraska, where non-partisanship is embedded in our systems and institutions. George Norris is widely considered one of the top five senators in U.S. history, not least because of his ability to consider what was best for the country and its people, not his party or political career.

In 1928, Norris led a group of progressives who fought against the day’s power trusts. That year’s election featured Herbert Hoover as the Republican nominee and Al Smith for the Democrats. The economy was strong. Hoover was a Midwesterner, Protestant, and “dry.” Smith was from an eastern Democratic political machine, was Catholic, and “wet.”

It was a no-brainer for Norris, a Midwestern Republican, to support Hoover. Yet, when Norris looked at each candidate’s views and platform, he concluded that Smith was the better choice to help average citizens against the power trusts. He declared that progressives:

Had no place to land except in the Smith camp … Shall we be so partisan that we will place our party above our country and refuse to follow the only leader who affords us any escape from the control of the power trust? It seems to me we cannot crush our consciences and support somebody, who we know in advance is opposed to the very things for which we have been fighting for so many years.

Norris went on to say he “would like to abolish party responsibility and in its stead establish personal responsibility. Any man even though he [is] the strictest kind of Republican, who does not believe the things I stand for are right, should follow his convictions and vote against me.”

Most of the ’28 campaign wasn’t about issues that actually mattered. There were few serious discussions about the dangers of money and power, and Hoover won in a landslide. Norris took a political hit, but won reelection in 1930 and spent 12 more years in the Senate. In that time, he tended to buck his party and vote for what he thought was right.

We miss the courage of elected officials like Norris. We’ve also allowed our parties to grow powerful, even as the issues we face grow more complex. Our challenges today require rigorous debate and reflection in the decisions we make as a country. Unfortunately, the parties present us with oversimplified arguments. Too often, we trust all of the guidance we get from our party of choice or preferred infotainment news source.

In the coronavirus era, one electoral tool, in particular, has emerged to moderate such reflexive partisanship. In May, in lieu of in-person voting, Nebraskans voted by mail in record numbers. Many have indicated that they enjoyed having the time to research and consider candidates and issues more thoroughly before casting their votes. This is an encouraging development, and I’d like to think it can only help break up the almost unconscious tendency to put party over country.

So as we look back on Independence Day and prepare for the campaign’s home stretch, my challenge to you is this:

Follow in the footsteps of Norris and many of our founding fathers.

Declare your independence from your political party and take personal responsibility.

Research the issues that are affecting the country and then choose the individual who represents what you believe.

It might feel strange. And it might require a little more time. But you, your community, your state, and your country will be the better for it.