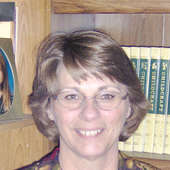 Small living in a big world

Watching the power of the waves wrought by Ike last week, a co-worker shared his first experience with the Pacific waves during his visit to Los Angeles.

Native to Nebraska, he was compelled, upon arrival, to doff his shoes and socks and roll up his pant legs so that he could walk into the surf.

He was immediately struck by the immense power and size of the ocean and suddenly realized, "just how small I am."

I could easily relate. His story reminded me of the first time I felt the power of the ocean waves, in the Gulf of Mexico -- which at day's end resulted in the emergence of my 2-year-old inner child. When my elder sister, Debi, announced that it was time to go home, I stood in the surf, the usually quite self-possessed mother of three, stomping my feet and whining, "But I don't want to go home!"

Patrick, my youngest, was 2 at the time. This was my fearless child. He had been fearless from birth, but this giant bathtub (the water is so very warm) terrified him on sight. He'd go in if I was holding him, but only until the water touched his toes. If I put him down on the beach, he cried. If I left him there and went back into the surf alone, he screamed. Apparently, Patrick didn't want to be that small. And he certainly didn't want his mother disappearing in the enormous waters. (It would turn out to be the only time we reversed roles. He remains fearless to this day, but I still remember, with chagrin, standing in line with him when he was 12 or 13 to ride the roller coaster at the original Elitch Gardens. I chickened out at the last minute and left him to ride solo.)

I never tired of watching the videos of Ike's ferocious winds and the resulting waves. In fact, I would have relished the chance to have witnessed it first hand, to taste the salt in the waves, to bend into the wind. Storms fascinate me. The power of the wind and the cleansing rains refresh me from the shelter of my covered front porch. Lucky TV newscasters.

Mark Denison of Houston was on Galveston Island Friday and was quoted by the washingtonpost.com online, saying "We love hurricanes. It will be the greatest storm surge since Hurricane Carla, Sept. 11, 1961, with winds of 145 miles per hour.

"It reminds me how big the world is, how big God is, and how small we are. For everything we can do, this is something we can't control," he said.

Of course, Ike's winds never regained Category 3 or 4 status before coming ashore at Galveston, but it's hard to tell the difference, the level of destruction is so great.

The surf is back to the gulf's usually placid pace, but it will take everything "we small ones" can do to restore the coast and the enviable lifestyle on the barrier islands. I'm sure my covered front porch would not have survived

Sometimes it's good to be reminded of our smallness. After all, there is so much we can do. Looking at medical science, space travel, technological advances shooting forward everyday, it's easy to begin to believe that there is nothing man can't do.

Our smallness is revealed in how desperately we hold onto the tarnished gold of materialism and how quickly we let go of the relationships that matter, trading them for transient pleasures.

Anytime we get to thinking we're entitled to something, a bigger house, a better car, a younger wife, we reveal our smallness.

Anytime we look at another and see a lesser man than we believe ourselves to be, we reveal our smallness.

Failing to rejoice with those who are rejoicing because we are envious of the their reason for rejoicing, we are smaller still.

And failing to weep with those who mourn, forgetting that our time of tears will surely come, we are, perhaps, the smallest we will ever be.

It is a measure of the greatness of God that he knows how small we are and yet loves us still, providing grace sufficient for each day.

"The heavens declare the glory of God; the skies proclaim the work of his hands. Day after day they pour forth speech; night after night they display knowledge. There is no speech or language where their voice is not heard. Their voice goes out into all the earth, their words to the ends of the world." Psalm19:1-4a (NIV)

Things you won't see in heaven:

More from this columnist · Dawn Cribbs
Respond to this story