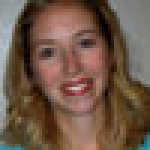 Every cause has its own awareness month, so each calendar month gets a little crowded. February is AMD/Low Vision Awareness Month, American Heart Month, Black History Month, and National Children's Dental Health Month. February is also Teen Dating Violence Awareness month. According to the website www.loveisrespect.org, nearly one in three U.S. teenagers "is a victim of physical, sexual, emotional or verbal abuse from a dating partner, a figure that far exceeds rates of other types of youth violence." In light of this, the Grammy Awards decision to have Chris Brown as one of their performers at this year's show is one of their most repulsive choices ever.

In case you missed it, in 2009, Brown pleaded guilty for assaulting his then girlfriend Rihanna. I know there are people out there saying, "So what? This happened years ago. Move on." Or my favorite argument, "His music is separate from what he did." Maybe that's true. He has a right to make albums and continue to sell his music to people who expect no morals from their musical idols, but do we have to give him a platform for it? At the Grammy Awards of all places? As a mom, I like to think we're raising a better generation than that. Sadly, there is plenty of evidence out there to suggest that we're not.

After the Grammy Awards, www.buzzfeed.com posted a list of the top 25 most disturbing twitter reactions to Brown's performance. All of them were from young women saying things like "I'd let Chris Brown beat me up anytime." Still not convinced letting Brown perform was a bad idea? I could talk about recidivism rates for perpetrators of dating violence, but that's boring. This is Nebraska. Let's talk football.

I'm a Husker fan, so don't shoot the messenger here, but running back Lawrence Phillips was in (of all subjects) a criminal justice class with me during the semester of his brutal assault against ex-girlfriend Kate McEwen in 1995. This was the year that Coach Osborne made the worst decision of his entire coaching career--letting Phillips back on the team under the delusion that he could help him. The message to every woman on campus: Your safety is less important than football. Nebraska went on to win the National Championship that year, but we lost the integrity of our athletic program.

Phillips went on to get drafted in the NFL but was bounced from the 49ers to the Bobcats. Then from the Bobcats to the Canadian Football League. Each time for anything from poor work ethics to being charged with sexual assault. His criminal record is colorful, to say the least. Currently, Phillips is serving a 31 year prison sentence for driving his car into three teenagers and of course, nearly choking his girlfriend to death. If you think Brown won't go down the same path, then you probably don't remember the incident last year when he threw a chair and broke a window on the set of Good Morning America.

So, in knowing all of this, I'm siding with Team Miranda in the Twitter war between her and Chris Brown. The entertainment industry is treating this like it's just another celebrity feud ala Donald Trump/Rosie O'Donnell, but this is so much more than that. This is about saying there is still a place in this world for those of us who believe in speaking out when something just doesn't sit right with you. Thanks, Miranda! I'm downloading your music right now.