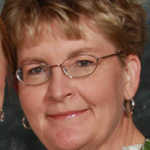 This past week, I was able to play with sidewalk chalk and bubbles one afternoon. It has been a day or so since I had played with sidewalk chalk. The neighborhood discount store had these handy dandy sidewalk chalk kits for a five dollar bill. With Little Miss still being 'little', she needed the kind of chalk that little hands can hold onto.

The kit was kind of cool. There was a plastic gizmo that you could put three different color chalks and then draw. There were plastic shapes of different animals that could be traced around too. These were kind of nifty and for the artistically challenged (me!) these were handy because the shapes are recognizable as the actual thing you are trying to draw.

We drew elephants and the like. We drew lines and circles. However, the coolest part of the kit was the 3D glasses that were included. Little Miss is still too little to understand the 3D concept but all the big kids in the house has a good time checking out the 3D glasses and how it made the drawings seemingly float above the sidewalk.

Then it was on to bubbles. Now, thinking I was being so smart, I bought the jumbo bottle of bubbles. Either I got ripped off or there is a shelf life to the stuff. We were able to be enough bubbles to entertain the grand girl and the grand dog for a while. I thought it was much more work than it was worth but it mattered not what I thought.

One of these days, the sidewalk chalk and the bubbles will be boring but at least this "Gamma" has the memory of the chalk and bubbles afternoon and the smiles and giggles that went with it.