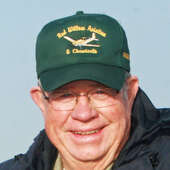 In a couple of days we will be enjoying Thanksgiving. It is one of this old gentleman’s favorite holidays and hopefully yours too. Family time. An occasion to sit around a table brimming with good food, healthy if you choose, and celebrate each other’s lives. Granddaughter Mo will be our host this year and we will be also enjoying the antics of her five little boys and stories from an accomplished National Guard recruiter husband. Mo like her Grannie Annie is a great cook so we’ll not go hungry.

Allow me to reflect on past Thanksgiving meals. A bit of a lonely one happened in Greenland in the early 1960s. I was on temporary duty at a base called Sondrestrom and ate in an officer’s closed mess. (Air Force talk for officers-only dining facility) Greenland was a colony of Denmark and our cooks were civilian contract workers from that nation. I’m sure that turkey and all the fixin’s that we Americans are used to was on the menu but those wonderful cooks also prepared special Danish pastries that were to die for. A dish new to me was a sort of a sweet gravy made from giblets and diced vegetables (?) served in a small soup bowl. That was just wonderful to this old farm boy’s tastes. We most likely had lingonberries too instead of our traditional cranberries.

Many times I was privileged to eat the Thanksgiving meal in Air Force dining halls sometimes large ones and sometimes in the small mess of an alert facility. When I was a Squadron Commander my wife and family were included. There the menu always included turkey dressing made from corn meal. That makes for a rather green-colored product but I liked the taste — my wife and kids not so much.

On Cape Cod, Grannie included chestnuts in the dressing and we picked the cranberries ourselves in a nearby bog. One brilliant clear Thanksgiving morning we loaded our family in the Volkswagen and drove up to Plymouth to tour the state park there where the pilgrims landed and started it all. Nice ceremony with people in period dress and then a tour of the Mayflower replica tied up nearby.

Families there on the East Coast liked to make their dressing with oysters in it. Then on the West Coast my son’s in-laws, Korean by birth, prepared the turkey special for us by putting about a quart of garlic cloves stuffed inside and around the turkey and cooking all together in a baking bag. You don’t have to repeat that one but we had to be nice!

No matter your tradition whether you cook your own or dine out we can all be thankful for the chance to pause and reflect on the wonderful tradition. We are blessed to live in this land of plenty.

Your old columnist is laughing at what the news calls the Crypto Currency bankruptcy disaster. Not laughing at the innocent people that put hard-earned dollars into such “investments” and lost it all. No I’m looking at the embarrassment of the Elite Democrats, and a few RINO Republicans, that accepted millions of dollars for the campaign, or personal spending, spent or invested the money and now are trying to hide that fact.

In my opinion, anyone without good sense and moral integrity who accepted what they saw as free money should be spotlighted with the glare of publicity for all to see. All too many of our representatives in Washington D.C. who lack moral integrity should be weeded out and sent back home.

Our politicians are adequately paid and any time they amass great fortunes as did President Obama and a host of others it is evidence that they are crooked and immoral in my eyes.

My wife is of the firm opinion that baking a pie is a skill that only she and a select few others possess. Her mother believed that “Anybody can bake a cake but to make a really good pie is special.” It is my observation that my loved lady is more critical of the pie crust than the contents. She judges that the crust must be flaky, baked just right and of proper taste. This old guy is not so picky and I like them all.

Last evening our McCook Ministerial association held a well-attended Community Thanksgiving Service in the Memorial Methodist Church with seven pastors participating. The musical selections were special but the testimony of Thanksgiving by Anne Wiemers was wonderfully heartfelt.

Following the service, we all then went to the fellowship hall and enjoyed selections from over 30+ different homemade pies. If you have ever attended the Red Willow County Fair you know that somehow we Methodists have a thing for pies. Incidentally, I chose half a piece of buttermilk pie and half a piece of cherry. The whole evening was well done and I look forward to the next one.

May you too have a happy Thanksgiving.