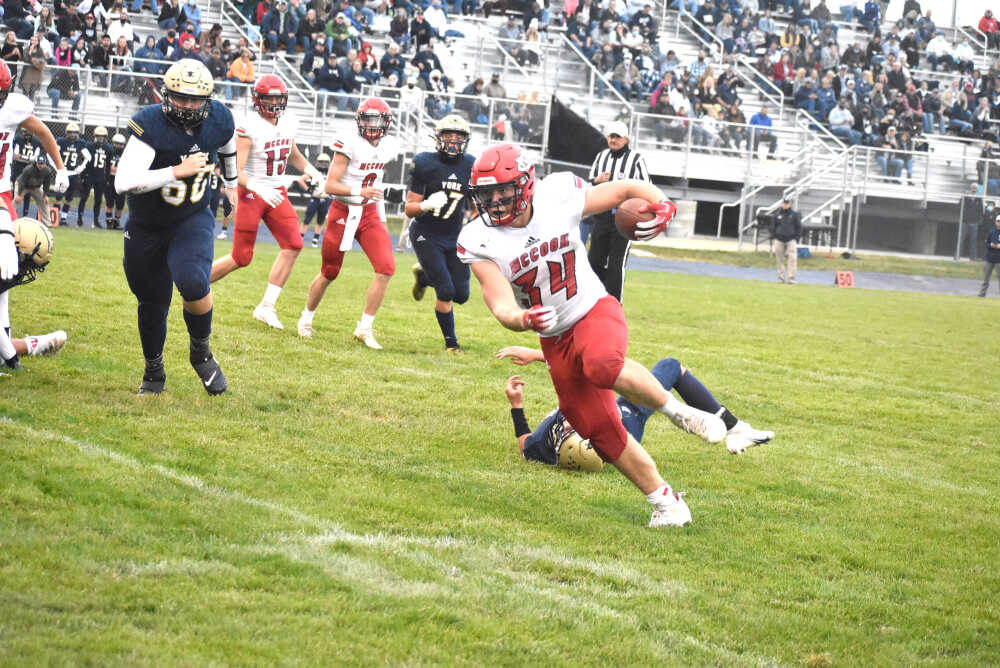 Alec Langan earned South defensive Most Valuable Player Honors in a game featuring no touchdowns during the game’s final 44 minutes.

Langan made seven tackles to earn South honors even though his team fell short by a 10-3 final score.

“It was kind of cool going against the best athletes, especially with all the handicaps the defenses face,” the Class B all-state linebacker remarked. “There’s no blitzing. You can only have six defenders in the ‘box’. There a lot of things that help the offense win, yet it was a very low-scoring game.”

Despite all that being said, Langan would love one more offensive memory at the West Nebraska All-Star game.

Bison fans should remember he was the leading rusher on last fall’s 6-3 district champion football team.

Friday will be Langan’s last football since he elected not to play any collegiate sports.

“I wish they would give me one quick pitch because I want to jump over somebody,” he admitted. “I want to bust out a 39-inch hurdle. I don’t think it will happen...but I hope it does.”