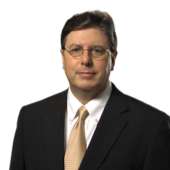 I’m getting to the age where my peer group begins to joke about walking into a room and not remembering why we went there. It’s humbling when we feel ourselves begin to slide in that direction. It’s good that we can make light of it.

The experience reminds me of my earlier education at the hand of the Jesuits. As a general rule, Jesuits don’t mess around when it comes to education, but I took a unique course at Regis University where philosophy was taught through fiction. It was good for me. I’m not a fiction guy, but it forced me to open a few doors.

One of the works we studied was a short story called, “Funes the Memorius,” written by Argentinian Jorge Luise Borges and published in 1954. It’s a quick read and a good story if you have a chance to pick it up.

It basically outlines a guy who, unlike those of us of a certain age, remembers everything. The story takes place in the 1880s, when Funes falls off a horse, has a head injury and becomes a savant. He then remembers everything. Absolutely everything. It drives him nuts. There is indeed such a thing as too much information. The lesson is clear: Let’s not beat ourselves up about not remembering a few things. It’s not so bad.

On a different note, I would like to address the recent events in Georgia. Individual States of our Union have the right to conduct elections as we see fit. Coca-Cola, Delta Airlines and Major League Baseball have the ability to do business as they wish as well. I just happen to disagree with those entities and support the state of Georgia.

The Georgia law, known locally as SB 202, has expanded absentee voting times in a number of ways including voting hours, and drop-boxes, but has, in a bipartisan compromise, required identification. Democrats seem to have a low opinion of their constituency in Georgia (as they do in other states). They seem to think that although an ID card is necessary to drive a car, open a bank account or borrow a book, that their voters can’t pull their poop together to pop an ID when they vote.

Their conclusion is that it’s racial discrimination. I am beginning to get a bit fed up with this. As a child of the ‘60s, I think accusations of racial hatred are about the worst things you can hurl at someone. It’s rude. It’s cruel. Yes, I know it still exists in some narrow pockets of society, but it’s relatively rare. It’s not like it was. I remember when the world was much more rough. As much as many of us might resent “Critical Racial Theory,” I take the redefinition, the “downsizing” of racism as a positive step in our evolution. As Martha Stewart would say, “ It’s a good thing.” Being told that I’m a racist when I don’t think I’m a racist sucks, but it’s better than reading about lynchings.

I participated in a video with Newt Gingrich back in the late 1980s. He then predicted a Hispanic migration and warned the Republican Party to get right with them if they wanted to stay relevant. In spite of his efforts, the Tea Party crowd didn’t get the memo. When Trump descended on the escalator, he talked about rape, and murder and crime run amok. I wouldn’t have done that. Illegal immigration is illegal. That should have been enough.

We now have major corporations boycotting Georgia for making an independent decision. I have only flown on Delta a few times in my life, and baseball (in my humble opinion) is a replacement for Sominex. My southern family is deeply rooted in Coca-Cola, but it looks like I will become a Pepsi guy for now.

I never thought I would be rooting for Georgia, but I am today.