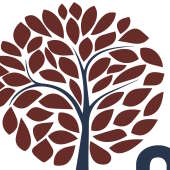 Leaders: Don't move out, move over

Supporting and empowering our youth is a topic that should never far from the surface for our community.

From grants for youth programs to scholarships to youth organizations, young people are a priority for the McCook Community Foundation Fund. But for many years, there was something missing ... making young people feel like they should return to our community and make an impact.

Beginning in 2014, McCook High School graduates received a full-sized mailbox to remind them of home. After three years, the gift switched to reusable mugs and glasses since they were a little easier to take to college than a legal-sized postal box. In an attempt to stay hip and relevant, MCFF gave out portable chargers to the Class of 2020, encouraging them to “Take the Power of McCook with You.”

While the gift may have changed, what remained the same over the years was the message given to the high school graduates: We want you to return to McCook.

I actually began this column the day after the election, when we had selected new local officials.

But I needed a couple weeks to let the “idea breathe.”

I want to give a personal shout-out to Dawson Brunswick, who is the same age as my oldest son. It takes a lot of courage to run for political office in the first place. It takes even more courage to run when one of the “knocks” against you is something you can’t even control -- your age.

An oft-repeated mantra of the Nebraska Community Foundation when it comes to welcoming new leaders (young or old) is “Don’t move out, move over.” This means that older people should continue to contribute to the organization with their wisdom and guidance, but they should be willing to give up their seat at the table for a younger - or different - voice.

Don Harpst is a great example of someone who is actively involved in the community. He quietly offers insight and guidance, but then sits back and lets the younger people make the decisions.

Of course, there aren’t many people older than Don who are still as active, so everyone is “young” to him.