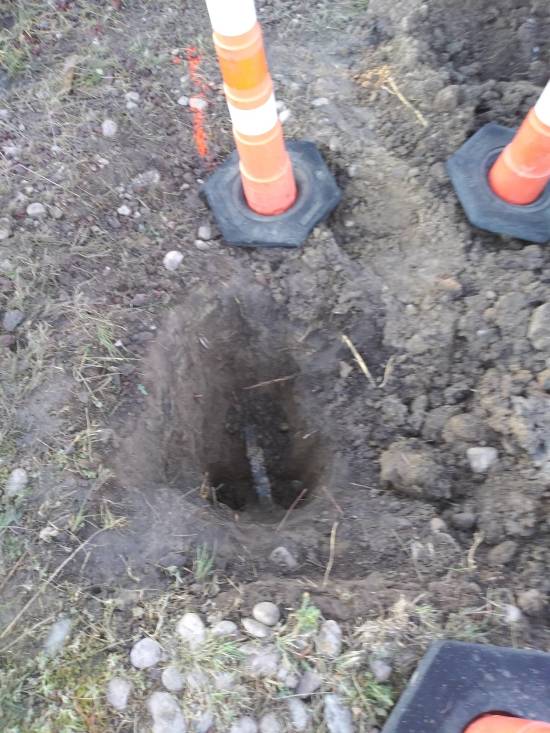 A natural gas line, ruptured after a power line came into contact with a tree in northeast McCook on Tuesday, awaits repair.
Bruce Crosby/McCook Gazette

Homeowner Bill Marshall said quick action by his neighbors, Dale and Cindy Fahnholz helped save his house and property after they noticed fire in trees next to his house and called him and the fire department about 5 p.m.

NPPD was contacted and shut off the power, but “as we worked to extinguish the fire, our personnel noticed that the water at the base of the tree seemed to be bubbling, which we initially thought was due to the high heat and the water was simply boiling,” Harpham said.

After a few seconds, however, they smelled natural gas, and Black Hills Energy was immediately called in to sample the air with a gas detector.

“It was determined to be natural gas, so we backed off and began to notify neighbors to move to a safe area.

“Both NPPD and Black Hills Energy responded promptly and we all worked together to safely mitigate the situation as quickly as we could.

He said electricity was restored and gas rupture was controlled enough to allow residents to return to their homes about 9 p.m. Utility crews were back Wednesday to make more repairs.