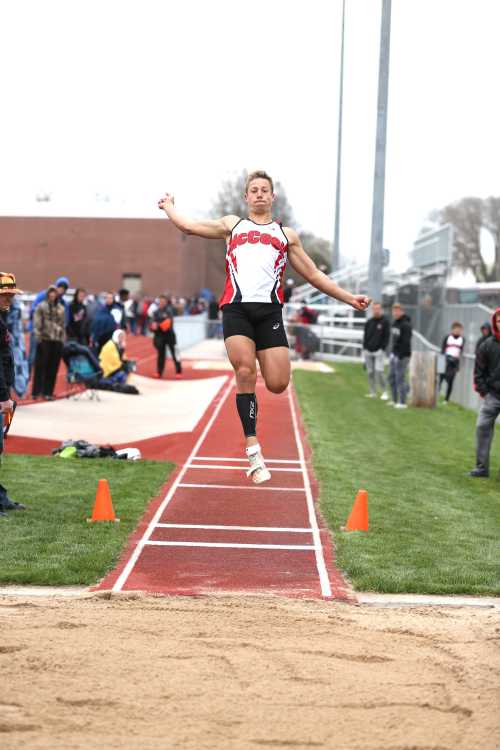 OMAHA, Neb. — Besides a Class B-best 18 state qualifiers, there are several reasons to belive the McCook High boys can bring home titles from Burke Stadium this weekend.

Senior DJ Gross has thrown the shot put 56’9” which ranks No. 1 in athletic.net’s Class B state leaders.

The three leading state title contenders will meet on Saturday at Burke Stadium. All the Bison event times are listed at left.

Meanwhile, McCook’s top rankings continue in field events where senior Morgan Fawver has that No. 1 long jump of 23’ 1/2”.

In fact, the future Chadron State two-sport athlete (football, track) even holds No. 3 all-class behind only Class A leader Passmore Mudunlulu of Lincoln High (23’2 3/4”) and Lincoln Southwest’s Jesse Lewis (23’1 1/2”).

With their B-6 district victory last week, the Bison team of junior Corban Jernigan-seniors Alec Bunger-Seth Dugger and Fawver are now No. 1 (43.47) just ahead of Hastings Tigers (43.54).

The Bison are clearly within range of other high state places during both days at state.

All the Bison start times