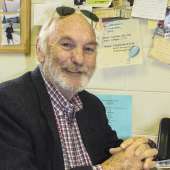 I'm aware of a situation that exists in our fair city that isn't unlike situations that exist in many cities and it's probably not the only one here either. It's just the one I happen to know about.

This involves an employee of a corporation overseen by a Board of Directors. This person has been criticized off and on for the length of their appointment by different people who get their information mainly from gossip, rumors and innuendos. And most of us know that's a tough combination to beat.

The problem is that this sentiment is not shared by all, or even most, of the people involved in the corporation. I hear the accusations from different sources in different places at different times. And when I ask them where they got their information, the reply is almost always the same. It's something they "heard" from somebody else.

This is the best way to assassinate a person's character, ruin their reputation and negatively impact on their family. And it goes on a lot in many different settings.

That's not a good way to get at the truth. I was a judge in a student conduct hearing yesterday at the college. Although it's not a court of law, the objective is the same and that's to find the truth. So the victim and the accused are allowed to present their side of the story, call witnesses to support them, and then the verdict is left up to a panel of faculty and student members.

A similar procedure is followed in a civil or criminal trial and the goal is to reach an objective judgment based on the facts, not hearsay. In fact, testimony presented that isn't supported by eye-witness or factual evidence isn't allowed. In other words, people aren't allowed to testify in court based on what they "think" or what they've "heard." They have to know.

I talk to my students about this every semester. I tell them that if we spent more time in our own gardens, trying to make ourselves better, we wouldn't have nearly as much time to be messing around in other people's gardens. And the world would be a better place to live in because of it.

But that's the opposite of what's going on here. We take bits and pieces of information that may or may not have any relevance to the truth. Then we spread that information to others and before long, a person's future, career and family are placed in jeopardy because of it. Many people like to act as judge and jury without having all the facts or, sometimes, hardly any facts at all and that's a destructive part of our nature.

In fact, we enjoy doing this so much that when we begin to tell another person what we've heard about someone and they've already heard it from someone else, we're disappointed because we wanted them to hear the juicy gossip from us.

The opposite of this is to appoint a panel of people to go on a fact-finding mission. To pay attention only to what's actually been done or said and not somebody's idea that they got from somebody else. To do it any other way is bad business and it's bad FOR business.

The truth shall set you free.

More from this columnist · Mike Hendricks
Respond to this story