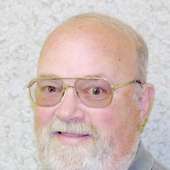 Pairs of planets and an approaching eclipse

OK space fans, let's go to the mailbag ... or really the e-mail list. I received a request last week inquiring about the two bright stars just above the eastern horizon before sunrise.

Seems the questioner was out walking the dog and observed the two objects and wanted to know which stars they were.

The answer to that question is, one is a star and the other one isn't.

The two are quite visible about an hour to an hour and a half before sunrise about 40 degrees (four fist length held at arms length) above the southeastern horizon. The one on the left is the planet Saturn and the one on the right is the star Spica, the brightest star in the constellation Virgo, the Maiden.

If you received a telescope for Christmas, now is a good time to go check out Saturn and its rings. It is well placed above the horizon for good viewing. Just be sure to be outside about an hour before you plan on viewing to give your scope the opportunity to cool down so there won't be any warm air currents inside which could cause difficulty in seeing.

This is a great week for the opportunity to find one of the outer gas giant planets that is otherwise difficult to locate. We will be able to use the planet Venus and the moon as locators.

Be outside with your binoculars tonight, Thursday, Jan. 12, at 6 p.m. local time looking southwest. Locate bright Venus just above the horizon. Just above it is the blue planet Neptune.

If you put Venus on the lower edge of the field of view, Neptune will be about in the center.

The evening of Friday, Jan. 13, is the best as the pair will be at their closest. Continue watching each evening as Venus pulls away and moves further up and left.

Another pairing will be on the morning of Monday, Jan. 16, when a third-quarter moon will be parked close to Saturn and Spica. Look for the planet just above and left of the moon and Spica above and to the right.

Best time for viewing will be about an hour before sunrise.

During the second week of February we will be able to again use Venus as a locator help, only this time we will be looking for a gas giant closer in, Uranus.

Okay, now I want you all to mark your calendars for May 20. Put a big red circle around it and write "partial solar eclipse" inside the date box.

On that date there will be a partial eclipse of the sun which will be visible from Southwest Nebraska, northwest Kansas, and northeast Colorado. On that date the moon will cover about 75 percent of the sun's face at eclipse maximum.

Unfortunately, eclipse maximum occurs after local sunset so the end of the eclipse will not be visible to those in Southwest Nebraska. More about the eclipse as the date draws closer.

Full moon Monday, Jan. 9. The full moon in January was often called the "Full Wolf Moon" by native Americans, probably from hearing the wolves howl at the moon. In case you haven't noticed, Friday of this week will be one of the three dates in 2012 that Friday will fall on the 13th day of the month. The other two are in April and July.

More from this columnist · Vernon Whetstone
Respond to this story